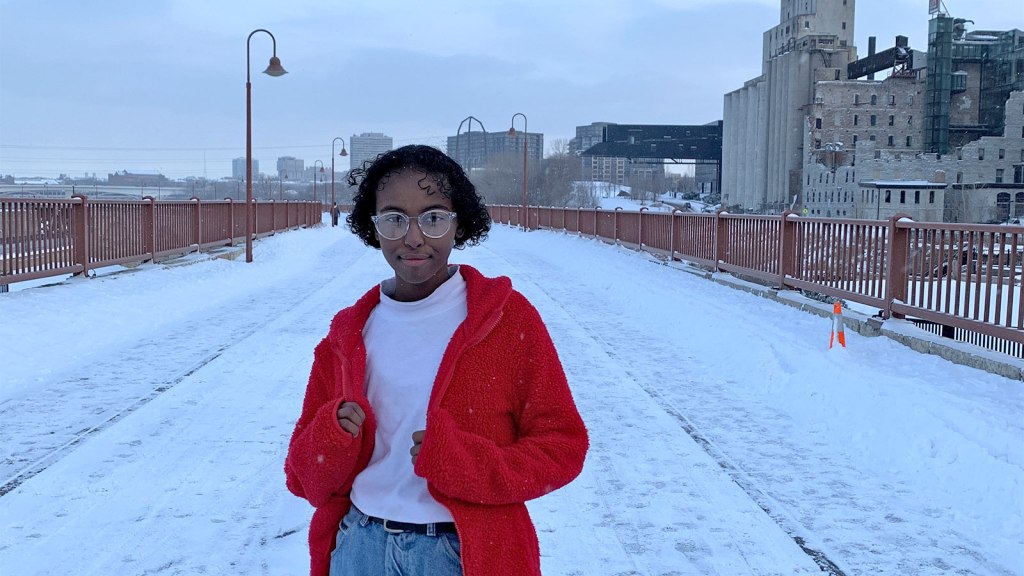 Freshman Congresswoman Ilhan Omar is championing one of the boldest climate policies in America. The Minnesota representative grew up in Somalia before immigrating to the United States as a refugee, so she was able to see firsthand the consequences of drought and make deep connections between climate change and all aspects of human society.

“I’m one who is urging my colleagues to really take this opportunity to not just issue resolutions and talking points, but for us to actually put a real bill on the table and to allow us to have a real conversation on this issue,” Omar recently told Minnesota Public Radio.

But Omar is not the only environmental influencer in her family — her daughter Isra Hirsi, 16, is one of the three youth leaders planning the U.S. component of Friday’s International Youth Climate Strike, in which young people will walk out of class in order to call for urgent climate action.

I had a chance to talk with Isra about how her efforts are already making a huge impact, and how her passion for the environment has influenced her family.

Update: In response to this piece, Omar wrote on Twitter: “Proud mom here! I hope other Members of Congress will join me in this strike. We need to listen to the wisdom of our kids!”

This interview has been edited for clarity and length.

Q. What’s it been like for you getting this all together?

A. It’s been a lot. There’s just a lot going on. Every 10 seconds there’s something else that pops up that you wouldn’t expect. It’s been crazy. There are so many people involved and so many things you have to do. It’s been really stressful. It definitely does interfere with school. I respond to texts and messages during the school day, and then I come home at four and that’s when I start doing all my calls. I have calls every single night. It’s kind of go-time. It’s all over the place. It’s a lot of work, more than I expected.

Q. How have you influenced your family by taking this on? Have you been able to teach them things about why you feel so strongly about this?

A. My parents are already kind of on top of it, a little bit less so my siblings. But my little sister is really young and so she kind of gets it. I told her that she should go to the strikes and she’s was like, “yeah I want to go.” So my dad is going to take her to the capital. She’s really interested. My parents definitely understand and are up with everything.

Q. How old is your sister?

Q. Are you going to be speaking at the strike at the capital?

Q. She just announced she’s going to be attending. (Editor’s note: so far, Omar is the only member of Congress who has confirmed she will be attending this Friday’s nationwide school strike for climate change)

A. Yeah, she’ll be speaking too.

Q. How do you feel about that?

A. I mean, I kind of got her to. It’s good. I kind of wanted to get people there. We invited some other people like [Alexandria Ocasio-Cortez] and Bernie Sanders and we’re just hoping they all come.

Q. How was that conversation with your mom to get her to speak there?

A. It was just a matter of, she wanted to go — she was probably speaking about it that weekend, and she said, “I’ll be in D.C., I’ll go speak.” So I’m going to fly out from Minneapolis and then fly back with her, so it’s just perfect.

Q. How has your family influenced you? You said both of your parents “get it.” Where do you feel most of your inspiration is coming from?

A. I wouldn’t say it would be my parents. I would say more of the spaces that I’m in. Learning more about climate change and what it does, all of the different things that impact it. I learned about things like Line 3, and wildfires in California. There are so many things that got me realizing how important this is. It’s important to talk about what climate change does to marginalized communities, what it could do to your community. I think that’s a really great way to get more people involved.

Q. And watching the whole national conversation over the past few months.

A. Especially Sunrise. They’re very big now. Reading about the Green New Deal, it’s inspiring. Learning about all these things is kind of interesting. And Sunrise has helped put women of color at the forefront.

Q. Why do you think it’s important to have women of color leading the climate change movement?

A. People of color are disproportionately affected by climate change and that kind of just gets ignored. People are living with these things right now. Accessibility, when it comes to fighting for climate change, also gets ignored. Every interview I have, they’re like, “Are you striking every Friday?” And I’m like, no, I can’t. There’s no way. People say, “Oh you’re not vegetarian!” And I say, “Well, my family is not from this country. They grew up as meat-eaters, I can’t control those things.”

It’s important for people to step back and realize that they’re not the only people. Environmental racism is a really big thing. The environmental movement is still predominantly white, how do we change that conversation? Having women of color leading is one way to do that.

A. I recently sent an email to my teachers explaining the climate strikes and what I was doing. A lot of them brushed past it and were kind of ignoring it. Some were really interested. It’s also awareness for them to understand that students won’t be in school on Friday and this is definitely a conversation we should be having. My peers and I are going around to science classes and talking about the climate strike and all the teachers are letting us. Some teachers are even giving kids extra credit if they go to the marches.

Q. There are some high schools that are actively supporting kids who go. Has your principal made any sort of announcement?

A. The problem isn’t my principal; it’s my district. They’ll definitely count it as unexcused. But my school is really supportive. A lot of the students are also apolitical, they don’t care. It’s not really a question of the teachers or the principal, it’s more like will the high school students actually attend.

A. Well, there are 2,000 kids at my school. We’re in the middle of Minneapolis, we’re super close to the light rail, we can easily go over to the state capitol building.

Q. So, what’s your strategy? Do you double down on the kids that get it?

A. Yeah, we’re really just focused on the students who actually care. We go into those classes and get the teachers to talk to those students who are actually interested. It’s easier. It’s still worth it to get the kids who care. The climate strikes are a great way for young people to get involved pretty easily. It’s also a way for politicians to understand that young people really care.

These strikes are happening all over the world. Getting young people out, going to state capitols, going to city halls, going to the nation’s capital and talking about these things, that says something. That’s what we’re trying to do: Change the conversation not only about things like the Green New Deal but so much more. Obviously, one strike isn’t going to change everything, but this isn’t the last strike.