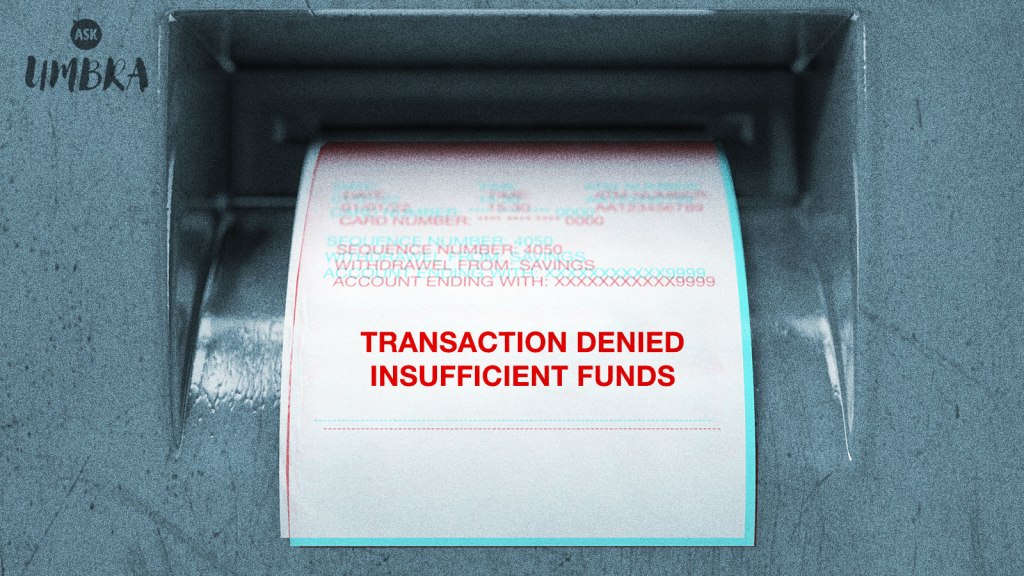 Grist / allanswart / Getty Images
WHAT A TIME TO BE DEPRIVED

I’m broke. Is that a good thing for the climate crisis?

Is living in poverty the only way to keep my carbon footprint low? I hate living like this!

— Dejected, Overwhelmed, With Nothing

I could answer your question with one word, or I could answer it with a thousand, and I think we both know which one I’m going to do.

The one word would be “no!” The idea that you should have to suffer, or to choose between self-deprivation and comfort, in order to do something about climate change is exactly what opponents of any kind of climate action want people to believe. But from the way you ask your question, I doubt that you’re choosing to live in poverty. Instead, it seems like you’re looking for the silver lining of your difficult situation.

First, let’s address the theory behind your question. Wealth is the most significant indicator of carbon footprint, because carbon footprint largely correlates with consumption. And the wealthy can and do consume more, mostly in the form of homes and travel.

In a world in which we should all be doing our best to limit emissions, it’s pretty hard not to notice who’s breaking their carbon budget. A study from the London School of Economics found that the top 10 percent of U.S. households by income had carbon footprints over three times as large as the bottom 10 percent’s. In global terms, Oxfam estimated that the wealthiest 10 percent of people in the world — by one Credit Suisse estimate, the cutoff line is an individual net worth of $93,170 — are responsible for 50 percent of global emissions created by consumption and lifestyle.

So if you’re exclusively using those metrics, you could look at those with very little money and commend them: Wow, look at these good modest folks, doing their part to fight climate change, keeping their emissions low. But that’s a deeply dehumanizing perspective. Poverty is not a measure of virtue, it’s a measure of adversity. To have less than everyone around you means that even the seemingly basic aspects of life — affording food, a place to live, a way to get around — are impossibly hard.

It’s also completely meaningless, if the goal is to mitigate climate change, to idealize someone for consuming little while others consume such a vast amount. What the state of global inequality really suggests is that the comfort of millions is made possible by the desperation of billions, and yet we’re still busting through our carbon budget year after year.

When people say “we have to do something about climate change!” what they generally mean is “we have to design a society that can flourish under the predicted amount of certain warming and also prevent further warming beyond that!” Sans necessary policy changes, an estimated 100 million additional people will be in poverty by 2030 due to climate change. If you hear anyone cite that as some kind of aspirational goal — 100 million lower carbon footprints! — you can probably write them off as a sociopath. What it really means is that 100 million people will be completely unequipped to deal with floods, or hurricanes, or fires, or any of the weather-related challenges that climate change brings with greater frequency. In the housing-scarce United States, for example, those challenges threaten to leave millions homeless. What sense does it make to value the lesser carbon impact of the poor if poverty is what leaves them vulnerable to the very worst effects of climate change?

Another reason poverty isn’t a net positive when it comes to climate change: Financial hardship forces people to prioritize their immediate survival over their future well-being. A 2012 study found that when the 2008 recession hit, public concern about climate change dropped significantly. The authors wrote: “People’s immediate economic concerns — not just for themselves, but also for their friends, neighbors, countrymen, and even fellow man — lead many to adjust their expressed concern about long-term worries when they seem to compete directly.” The psychological impact of economic uncertainty makes it hard for people to take the actions necessary to prevent future calamity.

And even though carbon emissions dropped during that time — because people had less money, so they bought less stuff! — one could easily argue that that mass deprioritization of climate at such an important time had a net negative impact.

The perspective that “poor = low carbon footprint = good!” also disregards the fact that personal choice is only responsible for so much of our carbon footprints, because there are so many fossil fuels baked into the infrastructure of daily life. And because people with less money spend proportionally more of their income on that basic infrastructure — things like heat, gas, electricity — their consumption is actually more carbon-intensive than their wealthier counterparts. To complicate matters, climate-friendly alternatives to fossil fuel infrastructure today often come at a premium: Solar panels, a Tesla, a diet rich in organic produce, a well-insulated condo in the densest part of the city.

You know what else does? Building a comprehensive social safety net that keeps people in rough patches from falling even deeper into poverty, which is the complete opposite of the situation we currently have in the U.S. I truly feel for your situation, DOWN, and your question is hardly an easy one. Our social system is set up to make you feel worthless because you have less, and that is simply cruel, and I hate it. The only way to meaningfully change that is to demand better from elected officials and insist that they craft policies with your priorities in mind — and if they don’t, vote them out of office.