In Brooklyn, you can buy honey collected from an urban bee hive. You can buy lettuce grown atop an old bowling alley.

Brooklyn startup LO3 Energy is revolutionizing the way homeowners buy and sell electricity. They are making it possible to auction rooftop solar power directly to your neighbors, creating a market for homegrown clean energy.

To understand why this is such a big deal, let’s take a look at the way power utilities have historically operated. Traditionally, a centralized utility would sell electricity to numerous homes and businesses. There was one seller and many buyers.

Rooftop solar has disrupted that model. Now, in many parts of the country, you can install solar panels on your roof, generate your own power, and sell the surplus power back to the grid. In this model, both you and the grid buy and sell power.

LO3 Energy goes one step further, allowing consumers to sell power directly to each other.

New Yorkers already have the option to buy clean power from the utility, but that electricity largely comes from hydroelectric dams in upstate New York. By creating a market for locally sourced solar power, LO3 Energy is allowing Brooklynites to support local solar installers.

“Folks want to know where their products came from. What’s the impact of their products? How does it benefit me and my community? We can apply that to the energy sector,” said Scott Kessler, Director of Business Development at LO3 Energy. “We can make sure that the dollars people spend on energy have economic and environmental impacts in the areas they live in.”

Typically, consumers by electricity from a centralized utility. LO3 Energy is making it possible for them to buy power directly from their neighbors. Nexus Media/Freepik

Here’s how it works.

Surplus electricity generated by a rooftop solar array gets dumped onto the grid. These electrons are indistinguishable from electrons generated by a gas-fired power plant in Queens or a wind farm upstate. Each of these power sources acts like a hose feeding water into the same pool. You, the customer, are buying water from this pool. It’s impossible to discern whose water you’re buying, but you can determine who you would like to pay for what you take out.

LO3’s flagship product, the TransActive Grid meter, works like a digital ledger, keeping track of who buys energy and how much they consume. It allows people to purchase electricity directly from their neighbor with the solar array. Consumers use an app on their phone to interact with the meter. The meter uses a blockchain, the technological breakthrough behind BitCoin, to validate these purchases. 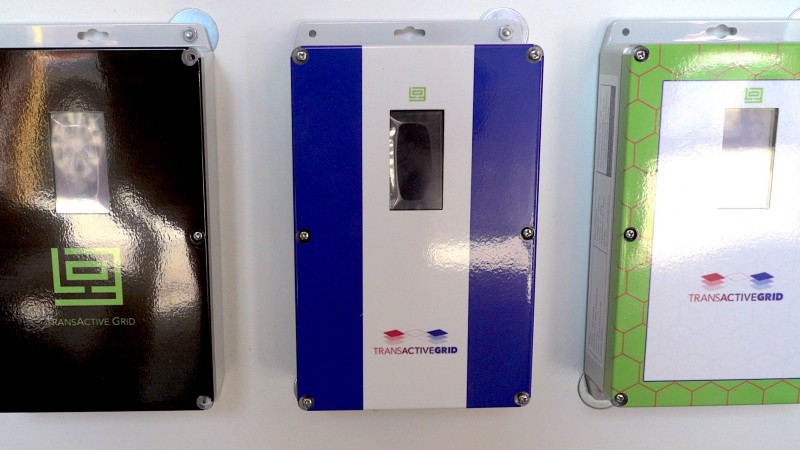 “Historically, you’ve needed some sort of third party to ensure that I’m not going to send a dollar to you and a dollar to someone else,” said Kessler, explaining blockchain. Typically, that third party was a bank. “But now, through technology, if we all have the same information, we can transact with each other and simply update everyone’s own database.” This allows people to do business directly with each other.

LO3 is using Brooklyn as its test case, connecting dozens of homes through a digital network. The company plans to take its technology to other cities across the United States. This concept is taking off overseas, with startups setting up electricity trading networks in Germany, Australia, and Bangladesh. 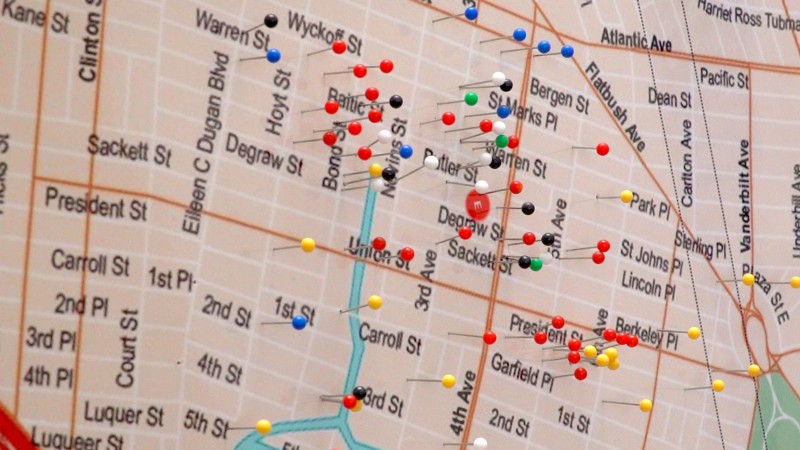 A map of people in Brooklyn who want to buy or sell clean energy through LO3’s digital network. Nexus Media

Admittedly, from the grid’s point of view, this is bad for business. LO3 is allowing customers to circumvent the grid and buy electricity directly from each other. But Kessler said the grid can use the digital meter to their advantage. For example, in the middle of the day, when demand for power peaks, grid operators typically turn to small, expensive, and heavily polluting gas-fired power plants.

Using the TransActive Grid meter, the grid could instead pay homeowners to shut off their lights, TVs, or their appliances. Or, the grid could buy back electricity generated by rooftop solar panels or stored in electric cars. This would reduce transmission costs.

“You cut down on the amount of large infrastructure that’s needed because that generation is happening within the community,” said Kessler. “Additionally, it’s more efficient because you don’t have line losses from electrons traveling from Niagara Falls all the way down here to Brooklyn.”

Resist… the temptation to hide away in a tiny home