In defense of using 'the new normal' to describe climate change 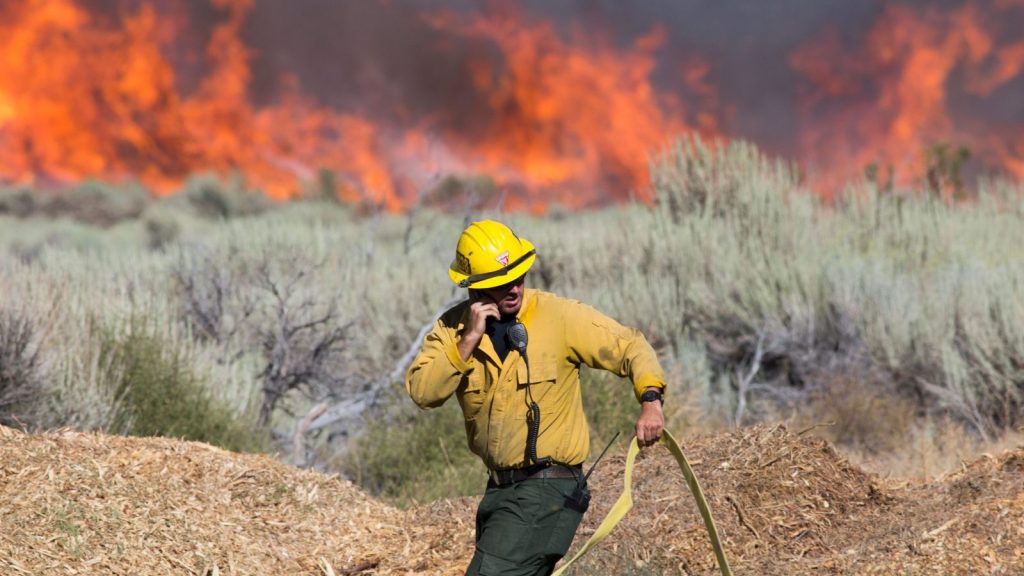 In defense of using ‘the new normal’ to describe climate change

It’s been an unusual summer, to say the least. Heat maps keep taking on a red-orange glow, with some veering into rare magenta territory. The Carr Fire, one of the most severe in California history, has burned down 1,000 homes and spun a fire tornado through the air.

“Over a decade or so, we’re going to have more fire, more destructive fire, more billions that will have to be spent on it,” California Governor Jerry Brown said last week. “All that is the ‘new normal’ that we will have to face.”

Why on earth is the word normal being thrown around to describe such extraordinary times?

The new normal is a catchy phrase, and one you’ve probably heard before — if not from Brown, then perhaps from the New York Times. In recent years, the cliche has shown up after disastrous wildfires, hurricanes, heatwaves, and drought.

While government officials and the media like to throw the phrase around, scientists kind of hate it.

“It sounds like we left the old normal, the old conditions, and arrived at a new normal, a new stasis,” Crystal Kolden, a fire scientist at the University of Idaho, tells me. “Unfortunately, that’s not what our climate projections are telling us. They’re telling us that this is one step on a very long staircase that’s heading toward extreme conditions.”

In climate science, “normal” is a well-defined word: an average over a 30-year period. Thus, the use of normal does not describe our current period, in which we’re going to continue seeing things we’ve never seen, Kolden says.

For this reason, climate scientists and journalists have come up with a new mantra: “There is no new normal.” Their point is echoed by a number of essays, all lamenting the overuse of this artless cliche, the new normal.

I, too, was poised to write another takedown, until I spoke with Kory Stamper, lexicographer and author of Word by Word: The Secret Life of Dictionaries. Her quick survey of the history of the phrase shows that scientists’ concern may be misplaced. After all, the word normal has a notoriously slippery definition outside of climatology.

“The idea that normal is this fixed star by which we orient everything else around us — that’s not rooted in actual reality,” Stamper says.

When people invoke the “new normal,” Stamper says they’re not referring to an unchanging, static condition, but rather “a measure of uncertainty and worsening danger.” In other words, the cliche conveys exactly the message that climate scientists want to convey.

The new normal is at least a century old, Stamper tells me, and tends to surface after two main sorts of occasions: traumatic national events — like the World Wars and 9/11 — and catastrophic economic events: the Great Depression, the oil embargoes of the ’70s, and more recently, the market crash of 2008.

The phrase began to be associated with global warming specifically around the early 2000s, Stamper says, and its use has ramped up in general over the past five or six years in reference to extreme weather events driven by climate change.

All of these circumstances have something in common: They are times of transition and times of uncertainty. Stamper notes that the economy, for one, goes up and down. There’s not the sense that the market’s new normal after the Great Recession is static — just as the new normal that’s used to describe wildfires isn’t static. Both situations are just radically different than what came before them.

“I hear what the climate scientists are saying — you don’t want to say bad hurricanes are the new normal, and we should just get used to them,” Stamper says. “You don’t want to breed a new type of complacency. But a lot of the more recent uses of new normal for climate stuff or economic stuff, it really pushes against complacency.”

For example, in 2015, a Delaware newspaper printed the following sentence in an article about the threat climate change posed to the state: “In Delaware, we’ve got a lot to lose,” the story reads. “Delaware can’t afford a future where climate change and sea level rise are the new normal.”

There are valid fears about complacency in the face of radical climate change — that we’ll forget the way that things used to be, become blind to the environmental destruction happening around us, and fail to act to save what’s left.

There’s a term for that concept: “shifting baseline syndrome.” It’s the idea that as our landscapes change, what we think of as normal and healthy — the baseline — will shift to keep up with reality.

I spoke with Daniel Pauly, the University of British Columbia fisheries biologist who coined the term in 1995 to describe generational differences in the perception of dwindling fish populations. It’s a concern with climate change, too, he says. After sea levels rise and water moves inland, for instance, young folks who are used to it may not see the value in fighting to get sea levels back down.

Pauly, for one, is on Team No New Normal. “Personally, I think it’s wrong,” he says. “We’re in the middle of a shift that can destroy what we hold dear, and to call this normal is absurd.”

Stamper has some advice for scientists, like Pauly, who hate the phrase. First off, she says, it’s very difficult to eradicate a fixed phrase from the language — especially something as catchy as the “new normal.”

In fact, reporters are already approaching the phrase this way in climate reporting, which suggests that we might be able to have the phrase and use it too, exactly in the manner scientists would want — even if they still hate the term.

Take NPR correspondent Kirk Siegler’s assessment in a segment about California’s worsening wildfires: “You know, the fact is the new normal may be that things are just going to keep getting worse.”