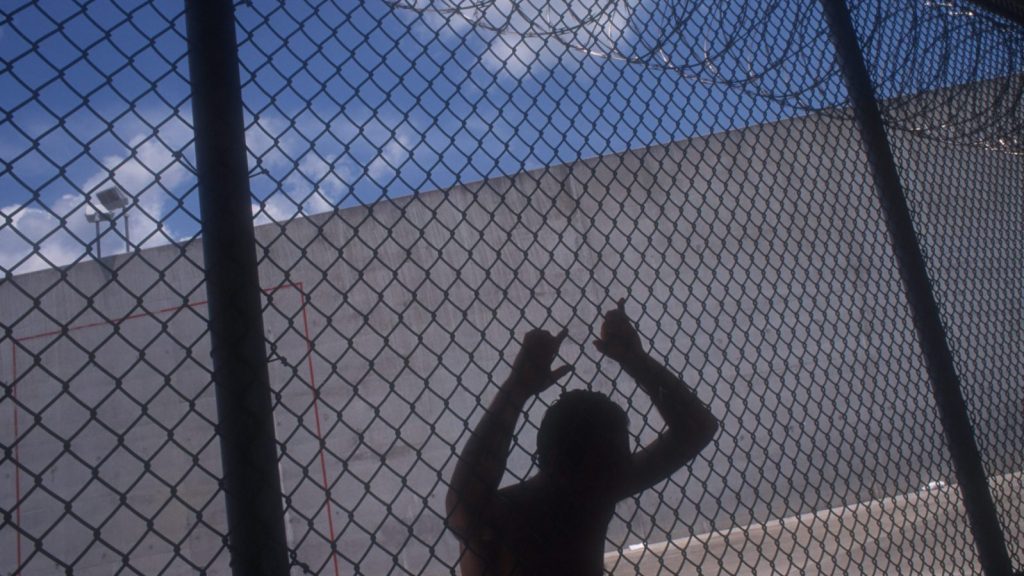 In late August, Hurricane Harvey made landfall on the southeast Texas coast, bringing with it extreme winds and dropping more than 4 feet of rain across Houston and the surrounding area. The catastrophic flooding caused thousands to evacuate, including many state prisoners who were moved to drier and safer facilities elsewhere in the state. But the 3,000 men inside Stiles Unit, a Texas state prison near Beaumont, were forced to ride out the storm. Conditions quickly became unbearable.

“Us inmates knew we were in trouble when breakfast consisting of two boiled eggs and a piece of cornbread were delivered to our cells,” David Hartvikson wrote. “With no way of flushing our toilets because of no water, the feces and urine built up and the smell was horrible in the cell.”

Hartvikson is 55 years old and serving a 20-year sentence at Stiles for aggravated robbery with a deadly weapon. Several weeks after the storm, he wrote Sloan Rucker, a Texas woman who advocates for better treatment of prison inmates and is his pen pal. Mother Jones obtained the letter and confirmed his identity by checking the Texas Department of Criminal Justice offender database and matching it with a grievance complaint Hartvikson filed to TDCJ in October. Hartvikson describes increasingly desperate circumstances in the prison with inadequate food, overflowing toilets, and a lack of drinkable water.

“We did not have to suffer like that,” he wrote.

Legal experts agree. “The courts have made clear that prisoners are constitutionally entitled to be housed in conditions of reasonable safety,” David Fathi, the director of the ACLU’s National Prison Project says. The conditions Hartvikson allege are anything but reasonable or safe.

The Category 4 storm made landfall in Rockport, a small town on the Gulf Coast on Friday, Aug. 25. The next day, the storm slammed into Beaumont, a city of 118,000 located 85 miles east of Houston. Four prisons are there — three of them state facilities and one federal — and the town was hit hard by Harvey. Its water pressure system failed, leaving residents with little access clean water. They were told to boil their water starting on Sept. 1. The notice was lifted eight days later.

After the storm, the Houston Chronicle reported that Clifton Cloer, another inmate at the Stiles Unit, told his wife that the facility had flooded and that the water was up to his knees. Conditions at the prison began to deteriorate in the pre-dawn hours on Monday, Aug. 28. “The water at the prison was shut off without notice,” Hartvikson writes in his four-page letter, “and the ceilings in our cells started leaking, causing dirty water to pool up on our floors.”

The Texas Department of Criminal Justice denied those reports, saying that the prison had been inspected, and there was no water in any of the state facilities. “I spoke with offenders and given the situation they were in good spirits,” TDCJ spokesperson Jason Clark said. But Hartvikson’s allegations echo Cloer’s.

Unable to flush the toilets, the smell quickly became unbearable, he notes, “They left us locked in an 8 by 12 foot cell for several days with feces and urine piling up in our toilets.” Hartvikson alleges that the prison did not provide enough portable toilets; he says only two were provided for his cell block of 450 people.

“Why weren’t arrangements for food, water, toilets, and things of that nature made for the inmates in the days leading up to the storm?” Hartvikson writes.

Supplies dwindled throughout the week. Hartvikson says he and his fellow inmates were only given four bottles of water, or 48 ounces of water, between Aug. 27 and Aug. 31 — the Mayo Clinic suggests that men require at least 124 ounces of fluid a day. Hartvikson also says their meals shrunk drastically. “Some of are [sic] meals during that time were just one peanut butter sandwich.”

Jason Clark, a spokesperson for TDCJ, refutes the claims that conditions were poor during Hurricane Harvey. “I visited all three state facilities in Beaumont during the storm and the allegations are not accurate,” he said in a statement to Mother Jones. Clark says that in addition to thousands of gallon water tankers on-site, 270,000 water bottles were delivered and “offenders had access to food, water, and toilets.”

By Tuesday, Aug. 29, nearly 6,000 inmates from five other Texas state prisons had been evacuated, including three prisons that had been evacuated in May and June, when the Brazos River flooded after heavy rainfall. Inmates finally returned to their facilities after two weeks.

This isn’t the first time incarcerated people in Texas have alleged dismal conditions during hurricanes. In 2008, as Hurricane Ike barreled towards Galveston, the county jail decided not to evacuate the 1,000 people being held at the facility. The city’s mayor had issued an mandatory evacuation and the National Weather Service warned that anyone who stayed behind was facing “certain death.” During the storm, detainees said they could hear air conditioning units banging against the building. Water seeped into their sleeping quarters and caused ceiling tiles to fall off. Once the storm passed, detainees and inmates dealt with a dire sanitation situation and a food and water shortage. Four days after the storm, officials from the Texas Commission on Jail Standards visited the facility and determined that conditions were satisfactory.

“Prisons and jails need to have contingency plans for these kinds of emergencies,” Fathi says, “including workable evacuation plans.”

During Harvey, the flooding was so widespread that many correctional officers were either stuck at work or unable to make the commute. “If you look at any of the maps from the flooding,” Lance Lowry, the head of the Texas prison guard union told Democracy Now, “you can clearly see that the roadways going in and out of the majority of the facilities were severely flooded.” Not only were some inmates not evacuated, many prisons were dealing with staffing shortages, which can be dangerous.

From Hartvikson’s perspective, staffers at the prison were well taken care of during the storm. “Arrangements were made for all staff and guards, but nothing for the inmates,” he said. He believes the storm points to a bigger problem: “Once again we inmates our [sic] no better then [sic] hogs in the eyes of the TDCJ staff.”