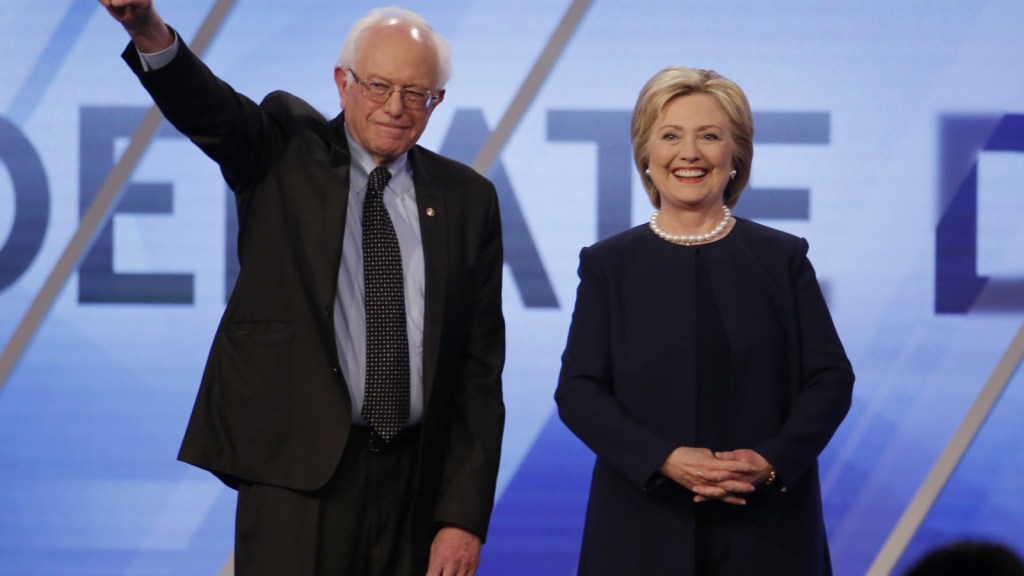 At the Univision-Washington Post Democratic debate in Miami, there was a contentious moment when Hillary Clinton — hilariously — accused rival Bernie Sanders of being a tool for the Koch brothers. “I just think it’s worth pointing out that the leaders of the fossil fuel industry, the Koch brothers, have just paid to put up an ad praising Sen. Sanders,” Clinton said Wednesday night. Sanders was, to put it mildly, incredulous.

And yet, no one discussed the size of their “hands” or threatened to ban Muslims from the country. It was almost civilized — at least until Univision’s debate moderator Jorge Ramos asked Clinton about her emails. And Benghazi.

Climate change even was a topic of discussion throughout the evening. It was a relief after a string of Democratic debates where climate received little more than a shout-out and, of course, every Republican debate, where fantasy football has been a more pressing issue than global warming. Not only did Sanders refer to climate change in his opening remarks, lumping it in with a whole lot of other things plans to fix (health care, education, money in politics, Citizens United, etc.), the issue received its own question later in the night. Where are we? Sweden?

“Sen. Sanders, is it possible to move forward on this issue if you do not get a bipartisan consensus,” said The Washington Post’s Karen Tumulty, “and what would you do?

Sanders called out climate change deniers in Congress, saying that the Donald Trump and the GOP don’t have the guts to stand up to the fossil fuel industry. (He’s right.) “I don’t take money from the fossil fuel industry because they are destroying the planet,” Sanders continued, adding that “We need a political revolution in this country, when millions of people stand up and say their profits are less important than the long term health of this country.” Sanders also called for a carbon tax and invited Clinton to join him in ending fracking. The crowd roared.

Clinton’s turn was next. “No state has more at stake than Florida,” she said, in a city that knows this too well. She said that as president, she would support the Clean Power Plan and enforce Obama’s executive orders, as well as invest in renewable energy (she even accused Sanders of delaying implementation of the Clean Power Plan — an odd attack). “That is the way we will keep the lights on while we are transitioning to a clean energy future,” she said. “And when I talk about resilience, I think that is an area we can get Republican support on.” The applause was more muted.

The candidates’ answers were typical of the two: Clinton emphasized the importance of consensus building, of working within the system that you have. Sanders called for burning it down — or, at least, starting a new kind of American revolution.