Sustainable dining has been reduced to a marketing concept. Nearly every restaurant, from high-end eateries to fast-food joints, has made a gesture toward being more environmentally responsible. But that doesn’t stop some chefs from striving to make a more positive, honest impact with their food. Chef Teddy Diggs is one of those cooks.

I spoke with Diggs, the executive chef of Il Palio, a contemporary Italian restaurant in North Carolina, to find out how he thinks of sustainability in the day-to-day practice of running a restaurant. At The Art Cliff Diner and Home Port on Martha’s Vineyard, Diggs began using bycatch, the extra, more unusual fish that is caught in the process of pulling up more mainstream fare. Now, he’s experimenting with creating a mini-ecosystem between local farmers and Il Palio. We talked to him about substituting blue fish for cod, reducing waste in unique ways, and killing the stigma of “trash fish.”

Q. When did you first start thinking about sustainable cooking?

A.When I was growing up as a chef in the Washington, D.C., area, I started at an Italian fine dining restaurant. In retrospect, the products we were using were so fresh, from these small-scale farms, and a really nice product. I was there for nearly five and half years and assumed all restaurants were working with the same products we were. When I left, I realized people weren’t using farms. So it started from an Italian mindset, a European approach of using the best product you can and, many times, that is whatever is freshly plucked from the land or pulled from the ocean or from the sky.

Q. What are the challenges of using bycatch? It seems like there has to be some improvising done depending on what’s available.

A. Absolutely. For years, on Martha’s Vineyard, you had to serve cod and lobster. But we began to overfish these species and these species were not always being fished in our waters. It was the same thing with vegetables: I thought, why am I serving a tomato in February in Massachusetts? As a chef, you start to think, what can I use if I wasn’t getting a tomato? 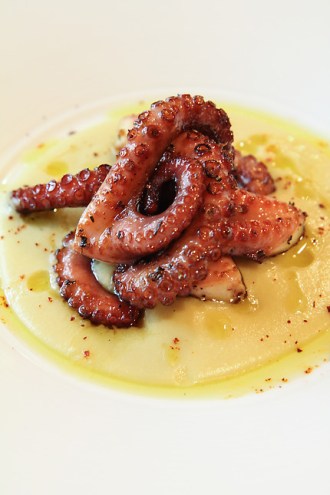 From a public perspective, we were on a small island in the middle of the Atlantic with limited resources but, if you don’t have cod on the menu, people get angry at you. So it takes some time. We began putting blue fish on the menu and people said, “Blue fish?” There’s a term people use for it, which I don’t like, but they call it trash fish. It takes some time and the challenge as a chef is the way you’re making this product approachable for the consumer.

A. If you are transparent about why you’re doing things and what you’re doing, nine times out of 10, they will at least try it. It helps if you have a talent in cooking and understand the ingredients.

And it’s not just about the chef, but the staff being able to sell it and deliver it — not in a cheap way, but they need the information to explain why it is special, why it is unique, how it benefits our lives now and in the future. When I write menus, everything is specific, everything has a reason it’s on the menu.

Q. What bycatch have you experimented with?

A. At Martha’s Vineyard, I was working at a restaurant that was more than 80 years old and had a set menu. When I came in and was only using local seafood that I bought directly from local fisherman, I was serving fish that had never been served there, like skatewing and blue fish and squid — things the public thought were better used as bait than as something we can eat as humans. But you look at other cultures throughout history and people have been eating these fish for centuries.

One thing we’re having great success with now at Il Palio is East Coast octopus. Everyone loves octopus, but it’s hard to source it in a way that’s healthy for the environment. They have such a long gestation periods that they won’t have enough time to rebuild their own stock if you just pluck them from the ocean. But octopus is so big in Italian culture that I always like the opportunity to serve it. In the winter in Florida, it’s rock crab season and octopi get trapped in the rock crab traps. The fisherman pull up lots of octopus and the chances of them dying are high. A lot of times, the fishermen will throw them back. So I’ve gotten a relationship with them — the fishermen make more money on their rock crabs, so I tell them to sell those but to save all their octopus on the side for me. We get big shipments FedEx-ed from Florida, and it’s something so special.

Q. You scavenge on farmers’ land for goods you can use in the kitchen at Il Palio. Can you tell me about that?

A. When I moved to North Carolina, I met a farmer who had great tomatoes in the summer and, when the tomato season would wind down, he’d stop coming by. But I connected with him and found out he has a ton of native chestnut trees on his land he wasn’t doing anything with. Chestnuts are huge in Italian cooking, so now he’ll bring me chestnuts in the fall. And, as chestnut season was winding down, we were doing a renovation at Il Palio and we were trying to source firewood for our grill, so I told him to sell me firewood. So he started curing his firewood and now he is my firewood, tomato, and chestnut farmer and his income with us extends through the whole years.

But it’s not just what we get from farmers or fisherman, it’s important to give back and help complete the cycle. When cleaning our firewood grill, we take ashes and dump them in barrels. A handful of farmers pick up the barrels and dump the ashes back in the land as fertilizer. 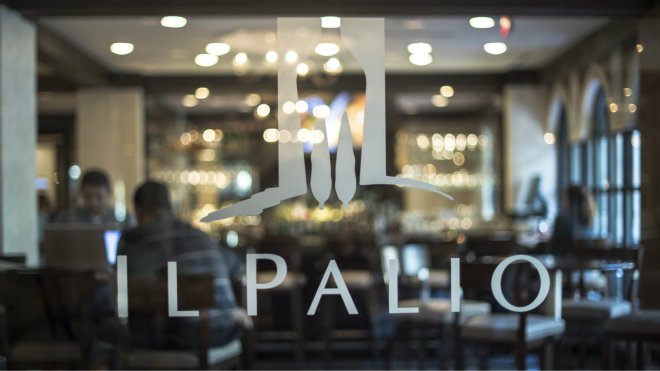 Q. Are there other examples of how you reduce waste at the restaurant?

A. I love broccoli and I use a lot here, but you can’t forget broccoli is a whole plant. We need to utilize the leaves as well, and so we use broccoli leaves like people use kale raw in salad or slaw or cook it down and put it in soups where we would use Tuscan kale.

Q. How should those of us choosing where to dine or cooking at home be thinking about sustainability?

A. Anybody consuming food should know where their product came from and can’t be afraid to ask at a restaurant or at a market. You have to be able to understand the point of origin and whom you’re supporting by buying what you buy. When you’re at a restaurant or at a fish market or a produce market or even a more commercial style market, you have to ask. If people serving you that food or preparing that food don’t know, then don’t buy it.