Banksy, the famously anonymous street artist, appears to have lent his (or maybe her) talents to sounding the alarm about the climate crisis.

A new mural showed up in central London near Hyde Park on Thursday night, and a Banksy collector thinks it’s legit. The mural depicts a young girl with a just-planted seedling who’s holding a tiny sign bearing the symbol of Extinction Rebellion, a new group using civil disobedience to draw attention to government inaction on climate change. The words alongside it say “From this moment despair ends and tactics begin.”

The child is stenciled on a concrete block at the Marble Arch landmark, where Extinction Rebellion protestors had recently set up camp. Over the past week and a half, activists have barricaded roads and bridges across London, demanding that the British government set a target of net-zero greenhouse gas emissions by 2025. More than a thousand of them have been arrested in the nonviolent protests.

Banksy has not yet confirmed that the mural is authentic, but the artist has created artwork about similar themes, like rising seas and sooty air, before.

Back in 2009, for instance, Banksy depicted a classic climate denial statement — “I don’t believe in global warming” — sinking into the water of a canal in north London. 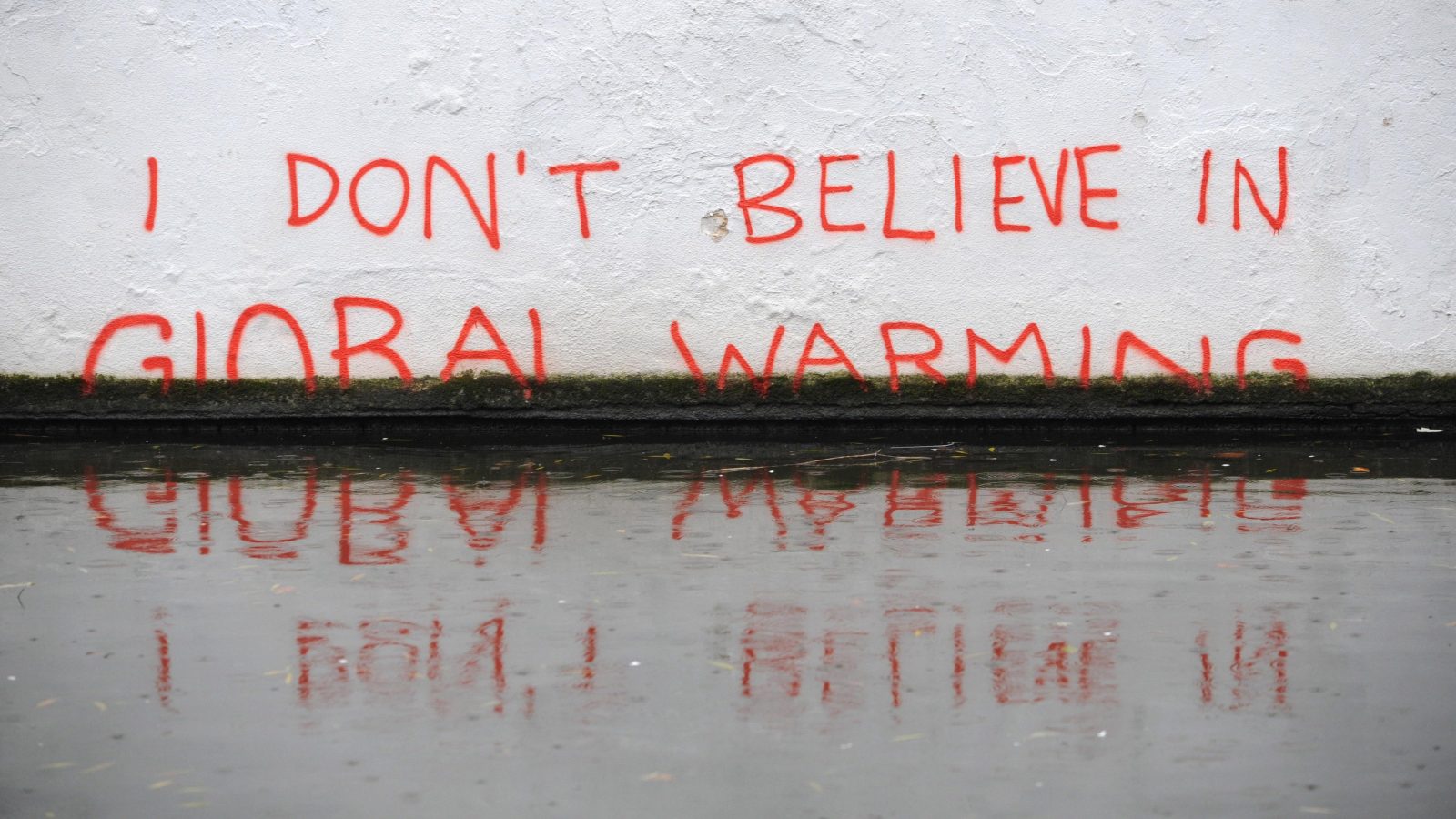 Another Banksy artwork last December took on air pollution. Painted on the corner of a garage in Port Talbot, one of the most polluted towns in the U.K., it looked like a kid enjoying the snow. Until you see around the corner, when it becomes clear that the “snow” is actually debris from a flaming dumpster. 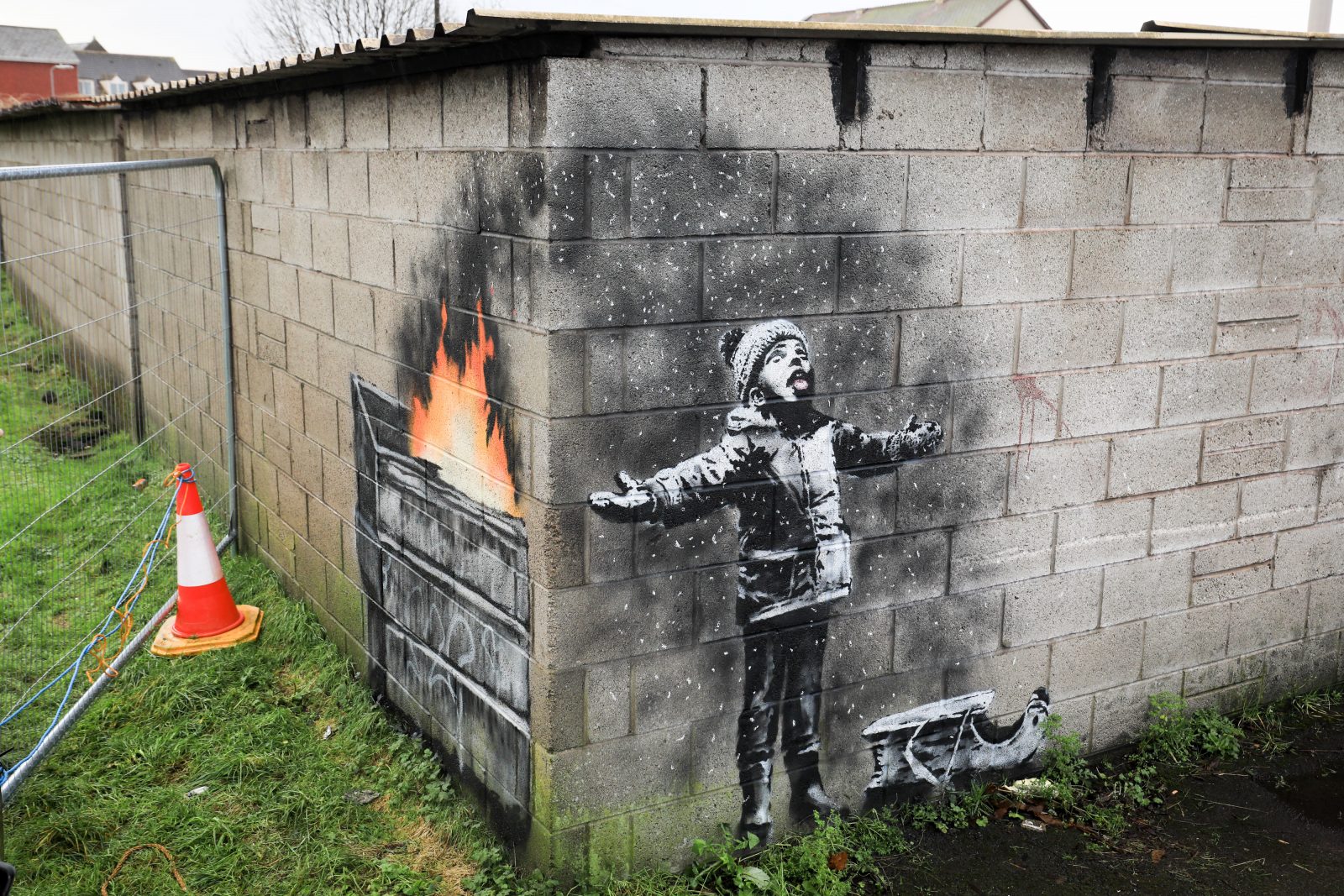 So if Banksy is an activist trying to raise awareness about our present peril, well, unlike his or her identity, that’s not a well-kept secret.

This U.S. commonwealth is still rebuilding 6 months after Super Typhoon Yutu made landfall