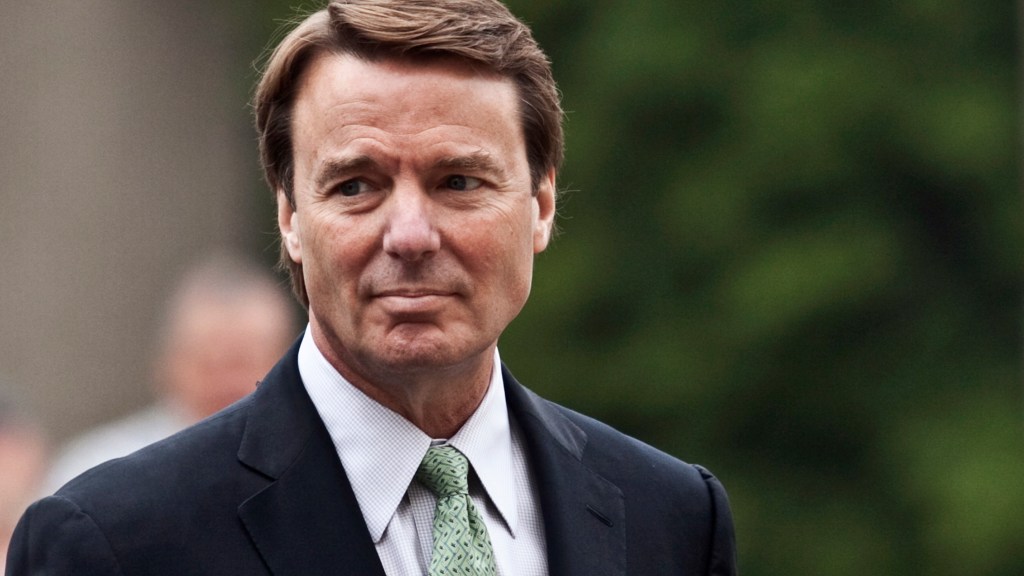 John Edwards, the North Carolina politician who ran for president with a mistress-sized skeleton in his closet, is back at work.

Reuters reports that Edwards — who is currently a partner at a Raleigh law firm — is one of more than 140 attorneys who have requested to serve on a forthcoming class action lawsuit against Volkswagen for cheating on emissions tests. From Reuters:

Plaintiffs’ lawyers view the Volkswagen case as a potential goldmine. The litigation in San Francisco is a consolidation of hundreds of class actions filed on behalf of more than 500,000 owners and lease-holders of Volkswagen diesel vehicles.

Lawyers for individual car owners have said their clients expect the automaker to repurchase cars allegedly marketed with false claims about toxic emissions and fuel efficiency. They have also said they will seek punitive damages against Volkswagen, which has admitted that it installed software to allow 580,000 vehicles to emit up to 40 times legally allowable pollution.

In a letter to a U.S. district court judge, Edwards asked to be appointed to the plaintiffs’ steering committee. “My unique qualifications can help in reaching a fair, efficient and meaningful result for the Plaintiffs,” he wrote in the letter obtained by Politico. “I respectfully submit that all of my unusual experiences would be invaluable in this unusual case,” he added.

No word on whether those “unusual experiences” include fathering a child with a campaign filmmaker while running for president or asking his right-hand man to claim paternity of the child. Or perhaps those “unusual experiences” include being indicted by a federal grand jury for campaign finance fraud, making false statements, and conspiracy, as Edwards was in 2011. The one-time vice presidential nominee faced up to 30 years in prison for his alleged crimes — as well as a $1.5 million fine — but after a six-week trial the jury was unable to reach a verdict and the Justice Department dropped the charges.

Then again, maybe he was referring to his legal work. Edwards was a successful malpractice and plantiffs’ attorney before entering politics, and won a $25 million settlement for a family whose daughter was disemboweled by a faulty pool drain — the largest settlement in North Carolina history. The VW suit, however, will likely be magnitudes of order larger — as will the legal fees. As Reuters points out, a 2012 $5.7 billion antitrust settlement with Visa and MasterCard has lawyers slated to receive $545 million in fees.

“This case has ingredients I’ve spent my life working on,” Edwards said in an interview with Reuters.

Hard to argue with that: The man clearly know a lot about cheating.