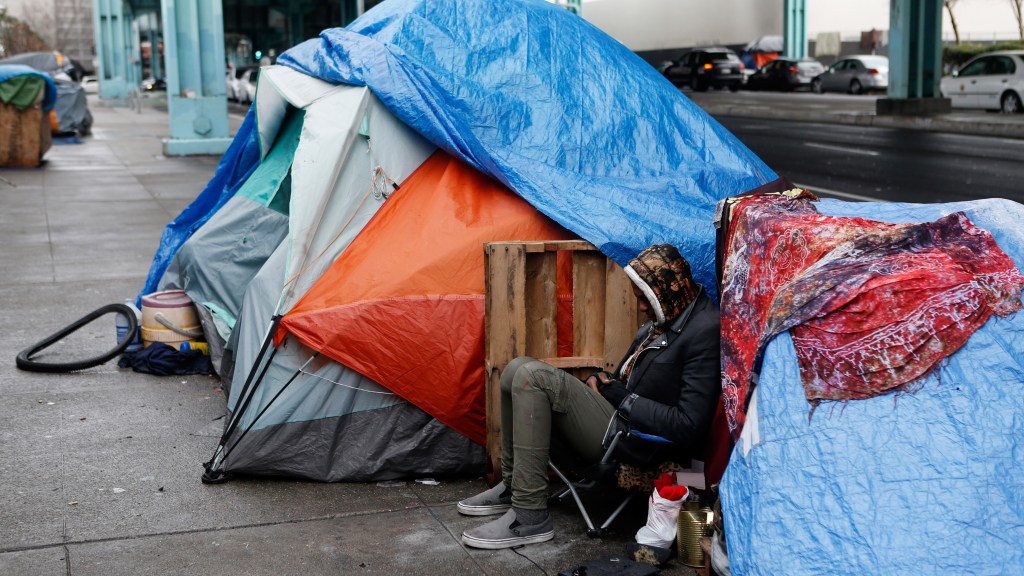 El Niño has claimed its first life in California. Barbara Brown died from exposure last Thursday, as reported by the Los Angeles Times:

The woman, identified by friends as Barbara Brown, died without a tent, rain-soaked and wrapped in a wet blanket on a piece of plastic, witnesses said.

Los Angeles police Capt. Mike Oreb said the woman had refused an offer of shelter from the Los Angeles Homeless Services Authority the day before she died.

The tent Brown had been living in burned down last year in a fire, and it was never replaced. Although the story says that Brown was given the “offer of shelter,” it’s unclear what kind of shelter that would have been. As I’ve detailed previously, temporary shelters aren’t always welcoming places for homeless people. They face unique challenges there — and staying outside of shelters provides people with a lot more autonomy. Permanent, supportive housing is a far better solution to homelessness, but cities lack the political will to provide it.

It’s not just homeless people in Los Angeles who are facing major obstacles. Take San Francisco: The city had planned 1,300 additional beds for the storms, but, as the San Francisco Examiner points out, only wound up with 75:

Despite Mayor Ed Lee’s promise last month to add up to 1,300 temporary shelter beds during the El Niño storms, only 75 were added to the existing shelter beds Tuesday for members of the homeless community, following a week of rainstorms battering San Francisco and the region.

Oh, and those beds? They’re “really sleeping mats,” and only 54 were actually in use “because many homeless service providers were unaware of the added beds.” Trent Rhorer, who is tasked with overseeing the shelters, told the paper that the city didn’t need to “activate” all the temporary beds. But people don’t even know they’re available. Right.

San Francisco has close to 7,000 homeless people; of those, about 3,500 have no shelter. Which means that, even if and when the 1,300 new beds are magically activated, that still won’t meet the need.

The San Francisco debacle sounds almost as bad as what’s happening in Orange County, Calif. County supervisors there agreed to purchase a massive bus terminal and covert it into a temporary shelter to house homeless people who live across the street, outside the Civic Center in Santa Ana. But, as Voice of O.C. publisher Norberto Santana points out in an op-ed, the purchase isn’t helping yet:

When pressed by local activists horrified at the scenes from the civic center deluge this week, county and city executives meekly pointed out that until the escrow on the purchase is finalized — which will take 90 days — they can’t possibly do anything to utilize this asset for an immediate, public emergency need.

Santana writes that he contacted a local supervisor, and local transportation officials will seek federal permission to use the building while the purchase is being finalized. But that doesn’t change the fact that homeless people in Orange had to endure torrential rain while bureaucrats fumbled about for a temporary solution.

One dead in L.A., San Francisco short on beds, Orange County waiting for a real estate deal to close: California is unnecessarily embarrassing itself when it comes to dealing with homelessness in the middle of El Niño. The consequences of climate change will increasingly be about adaptation — and that includes producing successful outcomes for the most vulnerable populations during big weather events like El Niño.