Just how bad for you is breathing in air pollution? Well, it depends whom you ask. 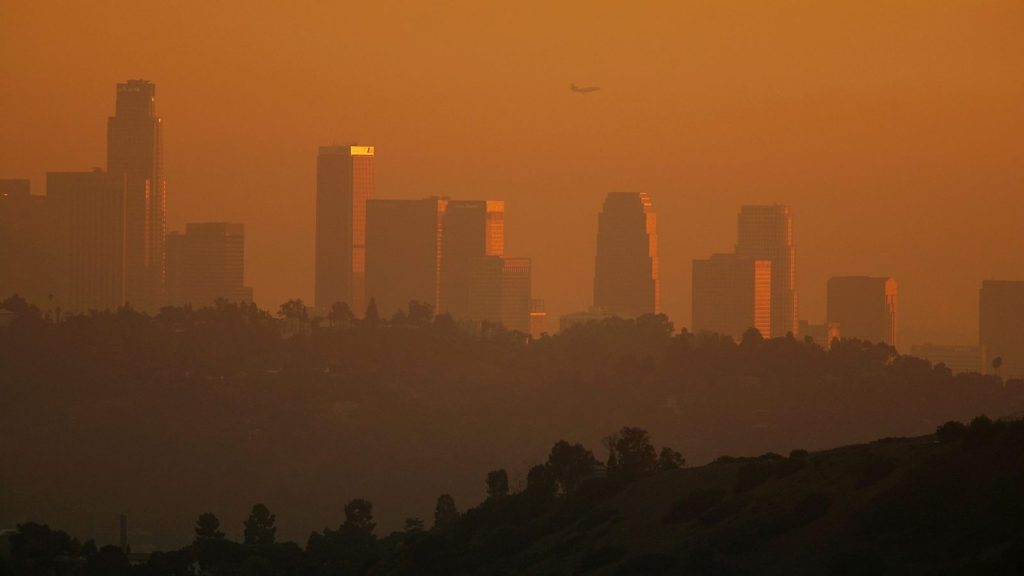 Just how bad for you is breathing in air pollution? Well, it depends whom you ask.

Ask almost any scientist how bad air pollution is for people, and the answer is likely, pretty darn bad. Last week, a global report published by the Health Effects Institute found that breathing dirty air shortens the average expected lifespan of a child born today’s by 20 months, compared to how long they would live in the absence of air pollution. Robert O’Keefe, Vice President of the Institute, said in a statement that the research is part of “a growing worldwide consensus – among the World Health Organization, World Bank, International Energy Agency and others – that air pollution poses a major global public health challenge.”

But if you listen to Tony Cox, chair of the Chartered Clean Air Scientific Advisory Committee and appointee of former Environmental Protection Agency head Scott Pruitt, you’ll hear a completely different message. During a public meeting in late March, Cox said he is “actually appalled” with what he considers a limited body of evidence that links particulate matter in the air with premature death.

Not surprisingly, Cox’s statements have landed him in hot water with prominent scientists and public health advocates who say he could wind up undermining decades of work to clean up America’s air since Cox’s committee has been charged with advising the Environmental Protection Agency on its air quality standards.

The EPA is in the midst of reassessing its national air quality standards, which it does every five years to ensure that it is reviewing the latest scientific evidence available. It recently submitted a 1,800-page ‘Integrated Science Assessment’ compiling research on the health impacts of particulate matter pollution to the Chartered Clean Air Scientific Advisory Committee, which is independent of the EPA but influential in their final decision. That committee will give its recommendations on whether to strengthen or adjust existing federal standards.

Under the Trump administration, the Chartered Clean Air Scientific Advisory Committee has undergone somewhat of a scientific makeunder. For one, the committee is much smaller than it has been in the past, once boasting 28 members and now staffed only by its minimum of seven. Environmental organizations contend that former EPA administrator Scott Pruitt and other members of Trump’s administration appointed largely pro-fossil fuel industry members, including Cox — who has previously worked as a consultant for the American Petroleum Institute and the Truck and Engine Manufacturers Association. The EPA also disbanded a Particulate Matter Review Panel that previously weighed in Integrated Science Assessment alongside Cox’s committee.

As head of the committee advising the EPA on air quality, Cox has recommended that the agency only consider studies that make a causal link between air pollution and health outcomes through a scientific approach called manipulative causality — essentially a way of determining a potential hazard’s effect on health by looking at what happens when exposure stops. But limiting the scientific evidence under consideration to one methodology versus what scientists call a “weight of evidence approach” would exclude the vast body of research on air pollution.

Jonathan Samet, the former chair of the Chartered Clean Air Scientific Advisory Committee, explained to Grist that using the weight of evidence method has been the practice for policy decisions for half a century. “This is the kind of approach used to decide that smoking causes lung cancer or that smoking causes heart disease,” Samet said.“These are constructs that are broad and holistic and have long been in place,” he said.

Samet compared manipulative causality to waiting to see whether a smoker’s health improves once they quit the habit. The approach can be prohibitively time-consuming, and it’s just one way of assessing the broad health implications of a potential toxin. And importantly for the EPA’s upcoming air quality decision, there aren’t many studies published already that fall within this framework.

In a scathing article published last week in the journal Science, research director Gretchen Goldman of the Center for Science and Democracy and the Union of Concerned Scientists and Harvard biostatistician Francesca Dominici wrote that “a requirement of manipulative causation fails to recognize the full depth and robustness of existing approaches in epidemiology, statistics, and causal inference and the degree to which they deal with confounding factors.”

A separate statement by the Union of Concerned Scientists contended that if the EPA adopts Cox’s recommendation via the Chartered Clean Air Scientific Advisory Committee for limiting studies to the much narrower approach, “It will be virtually impossible to prove particle pollution harms public health, despite the vast array of studies that show otherwise.”

In an email to Grist, a spokesperson for the EPA wrote that “Administrator Wheeler thanks the CASAC for all their efforts and will take all the CASAC advice under consideration.”

Vijay Limaye is a fellow at the Natural Resources Defense Council who previously worked at the EPA and helped write the Integrated Science Assessment that Cox’s committee is now scrutinizing. Limaye says the vast majority of the evidence it considers, as well as the research compiled in this week’s State of the Global Air, would be “pushed to the side” under Cox’s approach. “It would basically rob the EPA of a number of tools it’s already been using to characterize the harmful effects of air pollutants.”

The Chartered Clean Air Scientific Advisory Committee will finalize its particulate matter review of the EPA’s assessment in the coming weeks.