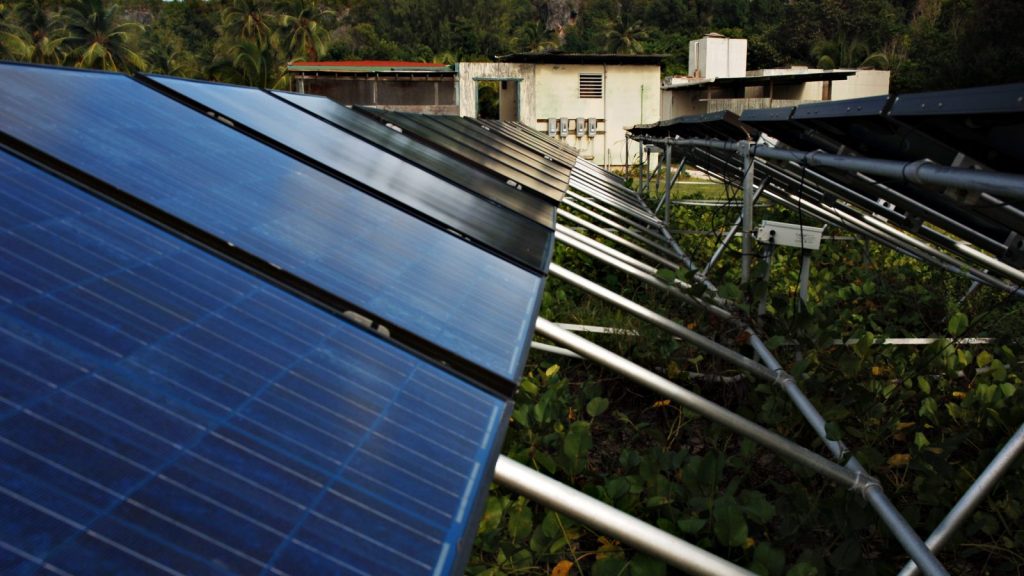 At a House Natural Resources Committee hearing, GOP lawmakers dismissed the Puerto Rican legislature’s vote last month to approve an ambitious bill mandating 100 percent renewable power by 2050 as “political interference” and accused the territory’s legislators of squandering an opportunity to reap the spoils of the American fracking boom.

The nine-term congressman, who’s received more from the oil and gas industry than any other donor since taking office, last month became the chief antagonist of Democrats’ Green New Deal resolution, which outlines the first climate proposal scientists say is on the scale of what’s needed to combat the global warming crisis. Bishop falsely claimed the Green New Deal banned hamburgers, and performatively gobbled one at a news conference. Later, he suggested the Green New Deal was tantamount to “genocide.”

“PREPA has been hamstrung by political demands,” he said. “One of the problems of PREPA in the past is political interference when your primary goal is [to] provide abundant and affordable energy.”

At least 13 states have passed or are considering plans that set 100 percent clean-electricity targets, according to a report last month by the consultancy EQ Research. But Puerto Rico’s circumstance is unique. In September 2017, hurricanes Irma and Maria shredded the island’s aging electrical grid, leaving millions without power in the second-longest blackout in world history.

Puerto Rico imports oil and gas for more than 80 percent of its electricity needs, saddling ratepayers with prices roughly twice the American average and a toxic legacy of pollution. Renewables made up just 2 percent of the electricity mix as of two years ago.

To some, the disaster, widely seen as a glimpse of what’s to come as climate change worsens, presented an opportunity to equip Puerto Rico to harvest its plentiful sun and wind for power. But Republicans instead proposed a shock-doctrine approach that promised to make Puerto Rico a reliable market for U.S.-produced gas and oil.

At a November 2017 hearing before the same committee, Colorado Republican representative Doug Lamborn asked at the time “which environmental regulation waivers” were required to jump-start efforts to import more natural gas to Puerto Rico. Last July, Republican representative Tom McClintock  of California wondered why anyone would consider wind and solar favorable options for Puerto Rico at all.

He doubled down on those queries on Tuesday.

“They’re intermittent,” McClintock said. “They require reliable generators that are running at ready status so that if a cloud passes over or the wind drops off, they can instantly come on.”

It’s an argument President Donald Trump routinely deploys, albeit in less sophisticated terms, to deride renewables. But renewables are typically paired with battery systems that store excess solar or wind power for use when the sky is dark or the air is still. Solar panels paired with batteries provided oases of electricity during Puerto Rico’s monthslong blackout. Indeed, the 100 percent renewables bill exempts energy storage systems from sales tax and eliminates rules that barred Puerto Ricans from installing battery units without permission from PREPA.

Yet batteries barely came up at the hearing, except when one lawmaker pointed out that the technology can be expensive.

The hearing came amid a renewed fight over Puerto Rican disaster relief. Trump repeatedly threatened to cut funding to the battered island, which is still struggling to rebuild as federal aid trickles in slowly. Last week, the president falsely claimed Puerto Rico received $91 billion in relief. In reality, of the $41 billion approved to aid Puerto Rico, only about $11 billion has flowed from federal coffers. Another $50 billion is expected to be delivered, but over a period the Associated Press said “could span decades.”

“The finalization of this rule will expedite the permitting of certain small-scale exports of natural gas,” Energy Secretary Rick Perry said in a press release at the time. “The so-called ‘small-scale rule’ will further unleash American energy by reducing the regulatory burden on American businesses while also providing significant benefits to our trading partners in the Caribbean, Central America and South America.”

There have been hiccups. In December, Texas-based Excelerate Energy abandoned plans to build a $400 million natural gas terminal on the southern shore of Puerto Rico.

Energy Department electricity chief Bruce Walker, a Trump appointee, testified Tuesday that attempting to rebuild Puerto Rico with non-fossil sources after the storm would have slowed the recovery.

“There are some significant engineering concerns,” he said. “It’s not technically possible today to convert that island to 100 percent renewable.”

PREPA CEO José Ortiz Vázquez agreed, but said the debate was over how heavily to invest in imported gas to carry the island through to its eventual goal of 100 percent clean electricity.

“Some groups favor going straight up with maximum capacity of renewables and keep burning natural gas to get us through to 2050, while other groups have a different opinion, where we should make a big bet now on natural gas and slowly work on the renewable issue,” he said.

Asked how long it would take to convert Puerto Rico’s entire electricity supply, a panel of experts in the second half of the hearing offered answers ranging from “within a decade” to 25 years to “well before the 2050 deadline,” if implemented “under a well-managed, professional system.”

There is a real disagreement over the feasibility of going 100 percent renewable on the national level. A paper published in 2017 in Proceedings of the National Academy of Sciences argued a better plan was to aim for 80 percent renewables by the middle of the century, with nuclear plants and fossil fuel stations equipped with carbon capture and storage technology making up the rest. But studies released in 2015 made the case that the rapid strides in clean energy made it practical and financially sound to completely transition all 50 states and 139 countries to 100 percent renewable starting immediately.

Yet profits are at the heart of Puerto Rico’s dispute. Last year, the Puerto Rican legislature approved a plan to privatize PREPA. It’s a controversial decision that some say will help the bankrupt utility to dig itself out of debt and make the improvements it needs to lower electricity prices. But others fear a PREPA beholden to investors will lock in high rates and transfer control of a public good into the hands of the rich, establishing yet another way the downtrodden U.S. colony generates wealth for those back on the mainland.

“It’s not possible for PREPA to immediately convert to 100 percent renewable energy. There will be a transition period. We recognize that,” said Democratic representative Raúl Grijalva of Arizona, who presided over Tuesday’s hearing as committee chairman. “But there are concerns that the current plan to focus on natural gas instead of maximizing and doing promotion around solar generation will lock us into an infrastructure that will soon be dated, an infrastructure that will be dependent on importation. Am I correct?”

Marla Pérez Lugo, a professor at the University of Puerto Rico-Mayaguez, said the question captured “the essence of the problem.”

“We’re still thinking that what’s good for PREPA is good for Puerto Rico,” she said. “And that is not necessarily so.”