America's best friends ready to take on climate … without Trump 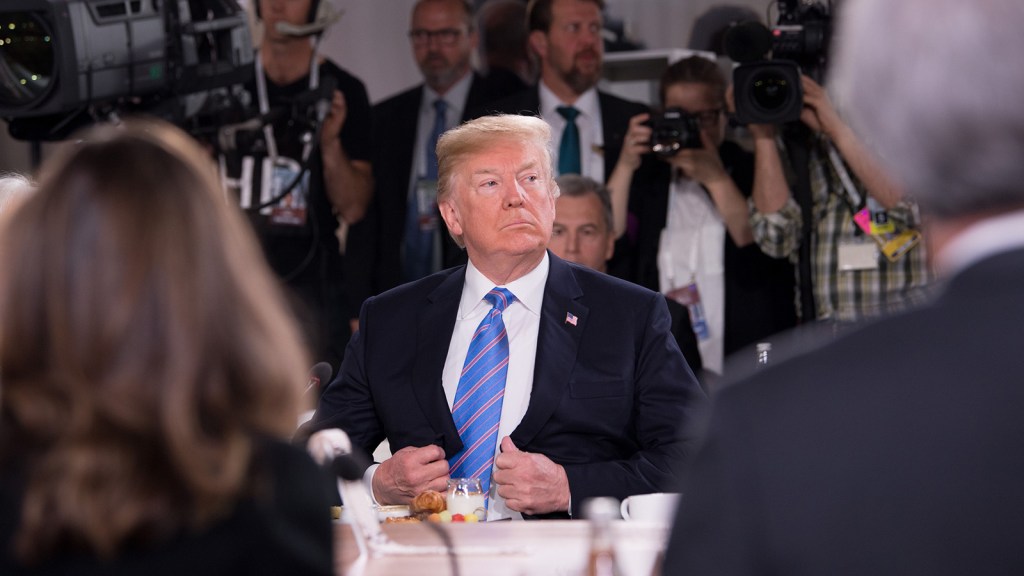 America’s best friends ready to take on climate … without Trump

At the G7 summit in Canada this past weekend, nearly all the leaders of the world’s richest and most powerful countries were united behind a bold proclamation: There can be no global economic progress without climate action. Take it or leave it.

And then Trump left.

It now looks like that move could help usher the United States out of the world’s premier economic alliance. The remaining six countries, call them the “G6,” have put climate action ahead of maintaining normal relations with the United States — an unthinkable development not very long ago. That’s huge.

This is something greens have been demanding for years: climate change at the core of global geopolitics. Now it’s here.

While there are plenty of disagreements between Trump and the rest of the world  — some summaries of the meeting didn’t even get around to mentioning climate change — it’s impossible to view what happened over the weekend without considering other countries’ desire to reduce emissions.

Long-simmering tensions between the U.S. and the other countries simply boiled over. It all started when Donald Trump decided to bail on the Paris climate agreement this time last year — a shock to the global community still coming to terms with the prospect of a United States not playing by the rules as a matter of principle. In the run-up to this weekend’s meeting, Justin Trudeau, Canada’s prime minister and the meeting’s host set the agenda, with climate change scheduled for the last day. The timing of Trump’s departure — skipping out just ahead of time — seems curiously timed to avoid the issue.

Emerging from the the wreckage of the summit is a global community that appears surprisingly OK with moving on from an increasingly childish and untrustworthy leader of the United States. A quick survey of initial reactions from observers around the world are nearly unanimous in assessing how events played out over the weekend. In the U.K., the Guardian called it a “watershed moment.” In Germany, Deutsche Welle said: “It’s probably better this way.”

An instantly iconic image of Trump sitting with his arms folded and what looks like a pout on his face, while Germany’s Angela Merkel and leaders of other countries plead their case, seems a perfect encapsulation of where we are now. The adults in the room are fed up.

That a would-be authoritarian American leader has taken a “wrecking ball” approach to diplomacy has implications that will last for years. And when it comes to climate change, we simply don’t have that time to spare.

What the G6 decided to say on climate this weekend was relatively tame compared to what needs to happen. Yet Trump refused to sign on. Instead, the U.S. attempted to insert language into the meeting’s official summary document that encouraged the use of fossil fuels.

Appeasing the U.S. right wing on climate hasn’t worked out well for the world in the past. In the run-up to the 2009 Copenhagen climate conference, delegates decided to water down the draft proposal to try to woo the Republican-led U.S. Senate into signing on. The entire agreement ultimately collapsed as a result — paving the way for a relatively weaker agreement in Paris six years later.

Europe has continued efforts to fight climate change with the U.S. as an inconsistent ally. The European Union, which now makes up the bulk of the G6, is in the process of assembling a new long-term climate strategy that has the potential to usher in a new era of European climate action, aiming to ditch incremental action for transformational change. Before the summit, France’s President Emmanuel Macron had already hinted that an EU-U.S. trade war on climate grounds may be necessary should Trump remain obstinate.

Going forward, neither Trump’s “America First” vision of a G1 world, or the associated fears of a collapse of Western civilization as we know it — a G0 world — seem likely. What seems bound to happen is the elevation of marginally important groups, like the China-led Shanghai Cooperation Organization, a NATO-like security organization which now claims half of humanity as members after the high-profile addition of India over the weekend. No single country — the United States, for instance — is likely to dictate the terms of global climate politics.

In an era that demands urgent, radical action, it’s good to see world leaders making climate change a priority. It might sound like hyperbole, but what happened this weekend could signal a major turning point in world history — as well as a hopeful development for the climate.