Life after EPA: What is Scott Pruitt doing now? 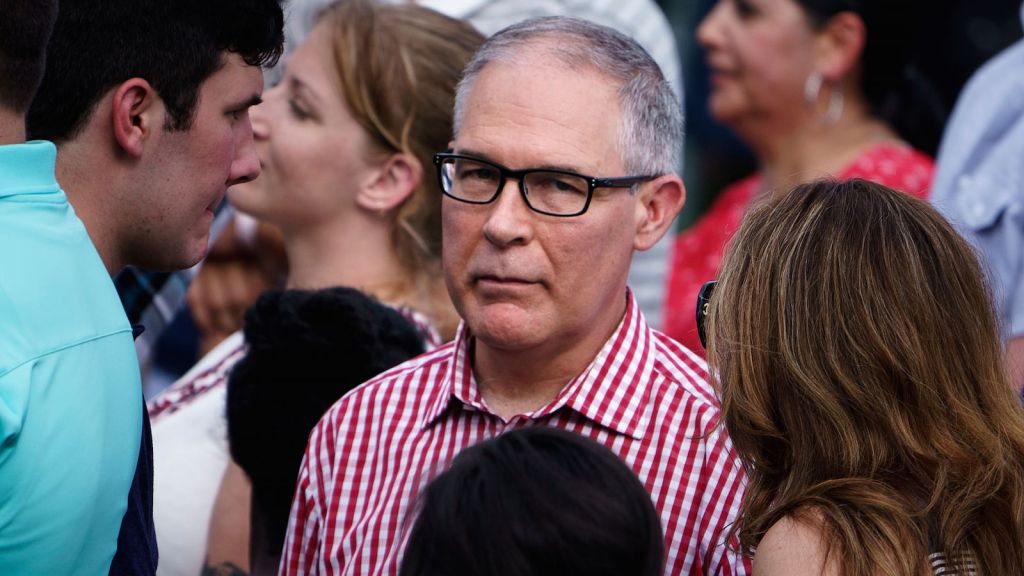 Life after EPA: What is Scott Pruitt doing now?

Ever wonder what happens to people when they get booted from President Trump’s graces? (They don’t all wind up with a Saturday Night Live trip down memory lane.)

It’s been almost six months since Scott Pruitt was cut loose as head of the EPA, and for the most part he’s been keeping out of the spotlight. According to sources, Pruitt is using his industry connections to launch a private consulting business — you know, promoting coal exports and consorting with coal barons, the way a former administrator of the Environmental Protection Agency would.

However, Pruitt’s lawyer, Cleta Mitchell, says these new career pursuits will stop short of violating an official five-year ban on lobbying the EPA. After a mess of ethics violations and legal scandals, Pruitt is proceeding with caution. Mitchell says: “He has discussed multiple opportunities with me and has been quite careful not to do anything that is even close to the line.”

Although Pruitt’s fall from grace hasn’t been memorialized on SNL, he did become the butt of a few jokes by someone else — his former bestie, Donald Trump.

Evidently, Trump has congratulated Andrew Wheeler, Pruitt’s replacement, several times for not trying to buy used mattress from Trump Hotel. Yep. Pruitt did that. But hey, there’s nothing wrong with a little reuse, reduce, recycle — it may turn out to be one of Pruitt’s better moves for the environment.