The most flood-prone state in the U.S. is taking strides to stay dry. Louisiana recently came out with a policy recommendations for adjusting in the face of climate change.

In 2005, Hurricane Katrina left almost 2,000 dead and caused over $100 billion in damages. Every single one of Louisiana’s 64 parishes (counties) has since been listed in a federal major disaster declaration. Louisiana, of all states, has a lot to lose to climate change — not least of all the football field-sized piece of coastal land that washes away every hour and a half.

While the state released a Coastal Master Plan in 2017 that outlines efforts to protect Louisiana’s coasts, LA SAFE might be considered the master plan’s more down-to-earth, cynical cousin. In acknowledging that land is being — and will continue to be — lost, LA SAFE takes a look at six disaster-susceptible parishes and what residents might be able to do.

Flood risk in different parts of southeast Louisiana. The darker the blue, the higher the flood risk. LA SAFE

If you don’t have time to read the whole 204-page document, don’t worry — Grist’s got ya covered. Here’s four interesting ideas from the new plan: 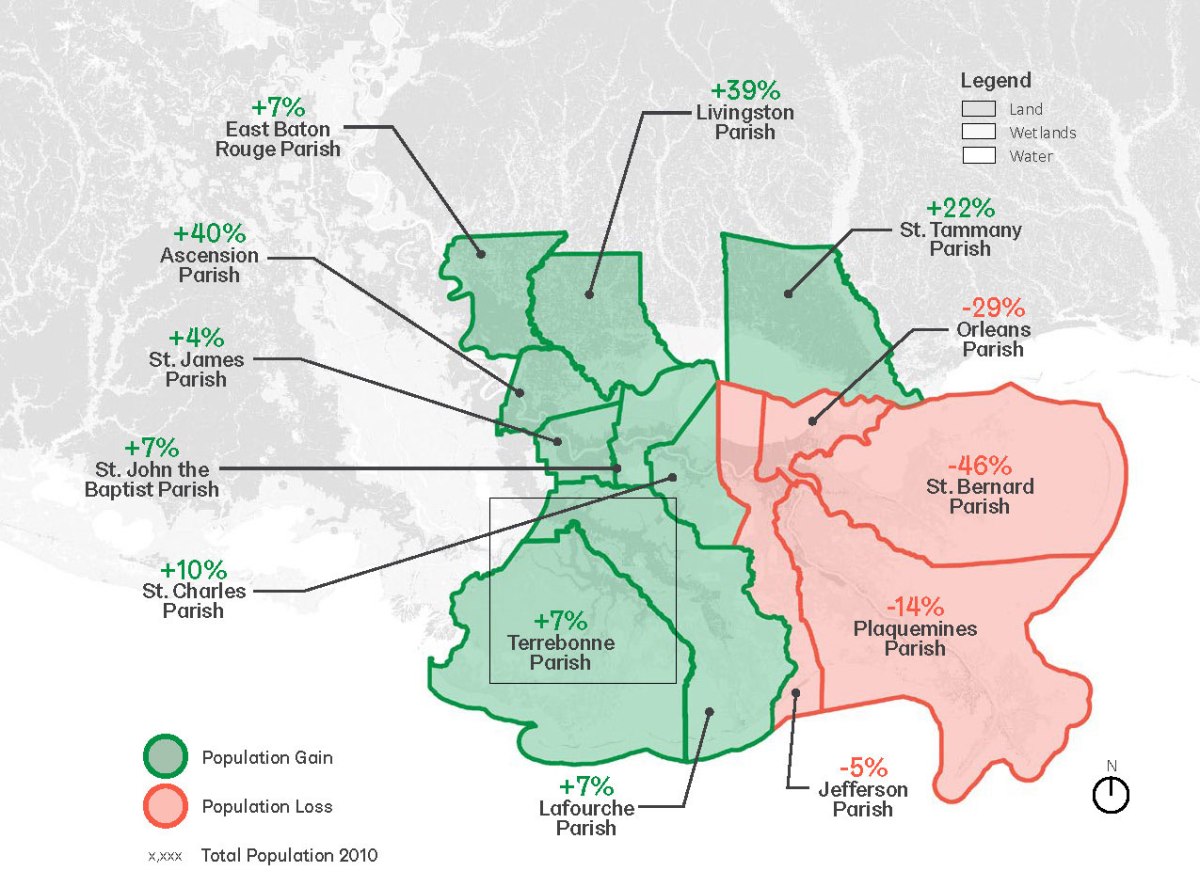 While LA SAFE isn’t a binding document, it does provide a holistic approach to all the moving parts Louisianians need to address in their impending fight against climate change. But maybe more importantly, it aims to get people thinking and talking about what global warming looks like in their backyards, on a day-to-day basis.

The authors of the plan conclude: “The LA SAFE Regional Strategy offers an initial reference of how we might make creative leaps, how we respect who we are while positioning ourselves for who we can become. We have this thinking within us and are now in a place where we have to make hard decisions that will have a major impact on Louisianians’ lives.”