Love it or hate it, Earth Day's just not what it used to be. What happened? 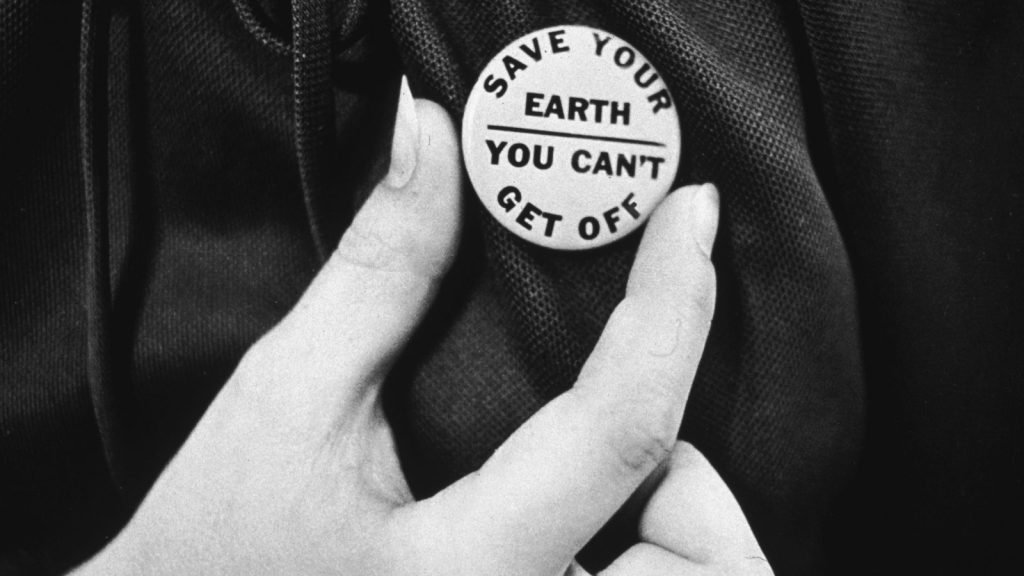 A close-up of an Earth day button. Circa 1970. Lambert / Getty Images
back in my earth day

Love it or hate it, Earth Day’s just not what it used to be. What happened?

On its 49th birthday, Earth Day is having a midlife crisis.

In the beginning, it was a policy-shaking event that awakened a new generation of activists. But now even environmentalists have misgivings about it. Sure, they can get behind planting trees and clearing trash out of rivers, but they have issues with Earth Day itself.

What issues, you ask? I asked environmentalists to weigh in. Their qualms were numerous: Earth Day is too short. (C’mon, one day a year?) They point out that companies use Earth Day as an excuse to sell or give away products, even though consumption is part of the problem. (Free gas for hybrid owners! Free tote bags!) They say it encourages a surface-level “change your lightbulbs” mentality that focuses on personal responsibility at the expense of ignoring big polluters or mobilizing for political change. Some have boycotted Earth Day events over the participation of anti-immigrant groups.

Other than that, Earth Day is great!

It’s easy to forget that the original Earth Day in 1970 was an eye-popping success. An estimated 20 million Americans joined the events, 10 percent of the country’s population, making it the largest demonstration in U.S. history. (The Women’s March in 2017, for perspective, brought out roughly 4 million.) They demanded that political leaders clean up our environment.

Lo and behold one week later, President Richard Nixon’s advisers recommended he establish what became the Environmental Protection Agency. The decade that followed also gave us 28 major federal environmental laws, including the Clean Water Act and the Endangered Species Act.

Before these laws, thick smog dimmed many U.S. cities in the middle of the day. In 1969, floating debris in Ohio’s Cuyahoga River famously caught fire, with flames towering five stories high. That same year, the oil slick from a Santa Barbara drilling accident spread over more than 800 square miles of water.

After seeing California’s oil-scarred shores, Senator Gaylord Nelson, a Democrat from Wisconsin, came up with an idea. He proposed holding a “teach-in” — used by protesters organizing against the Vietnam War — to get college students around the country talking about the environment. He hired young organizers to make his dream happen, and it turned into Earth Day, a much bigger event that he’d ever imagined.

“He originally would have been happy if a few colleges or universities joined,” said Adam Rome, author of The Genius of Earth Day. “He had no idea that it was going to explode into the consciousness of the nation.”

Over the decades, Earth Day underwent a remarkable transition. It morphed into something like the environmental equivalent of National Ice Cream Day. So what happened? I asked Rome, a history professor at the University of Buffalo, what went wrong and what today’s environmental movement might learn from the success of 1970 — because Earth is on fire.

“Contrary to what some Earth Day critics today might say,” Nelson wrote in his 2002 book Beyond Earth Day, “my thinking was not that a one-day demonstration would convince people of the need to protect the environment. I envisioned a continuing national drive to clean up our environment and set new priorities for a livable America. Earth Day was to be the catalyst.”

Two of environmentalists’ major complaints, the corporate takeover of Earth Day and its heightened focus on individual environmental action, can be traced back to a specific year: 1990. “It’s weird to be able to be that precise about it,” Rome said.

In the 1980s, the Reagan administration, in its zeal to unleash the free market and roll back regulations, managed to erode public trust in the government and faith in collective action, Rome said. “That pushed a lot of people to say, ‘If we’re not going to get new legislation, how do we get change?”

Individual action was one answer. In 1990, national organizers put together a giant 20th anniversary event with the slogan “Who says you can’t change the world?” A pamphlet that came out shortly before the event, 50 Simple Things You Can Do to Save the Earth, sold more than 5 million copies.

Pushing businesses to be more sustainable was another. One of the goals of Earth Day in 1990 was to “steer millions of investors and consumers toward companies judged to be most sensitive to environmental concerns,” the New York Times wrote at the time. Business executives and union leaders joined environmentalists on the Earth Day board of directors that year.

Back when Earth Day started in 1970, U.S. companies weren’t very concerned about their green image. But over the next two decades, as U.S. industry shifted from manufacturing to services and then technology, the “brand” — the public perception of a company’s reputation — grew important. Companies realized they could take advantage of growing demand for earth-friendly products and enhance their public image. For some that meant “greenwashing,” a form of PR spin that gives the impression of environmental responsibility. The oil giant BP (British Petroleum), for instance, refashioned itself as Beyond Petroleum.

“Everywhere, it seems, the thinking has changed,” the New York Times reported, on April 22, 1990. “Many corporations have dropped their old arguments pitting pollution against jobs and, sensing competitive advantage, are scrambling instead to demonstrate how ‘green’ they are.”

The original Earth Day shook up politics, and it has lessons for today’s “environmental movement” — a phrase that came into our lexicon just as 1970 approached in stories about preparations for Earth Day, Rome said.

Part of Nelson’s genius was that he wasn’t a “helicopter parent” for Earth Day. “He was happy to let anyone organize whatever they want and call it whatever they want,” Rome said. This gave more people the chance to get involved and take ownership over the event — including conservatives and people who didn’t consider themselves activists.

“We all make compromises in different aspects of our lives where the environment is concerned, and it is self-defeating to draw rigid lines of purity when trying to build political consensus,” Nelson wrote.

Another reason Earth Day 1970 was so powerful is that it brought together “the power of the establishment and the energy and boldness of the grassroots,” Rome said. Nelson was a seasoned senator in his 50s. But the committee who brought his idea to life was largely made up of students and civil rights organizers.

The young people at the time “thought they could really change the world,” Rome said. Over the decades, he saw that mindset fade. But Rome believes that sense of urgency and empowerment is re-emerging among teenagers. In March, for instance, more than 1.4 million young people worldwide participated in the Youth Climate Strike, a climate protest spearheaded by 16-year-old Swedish activist Greta Thunberg.