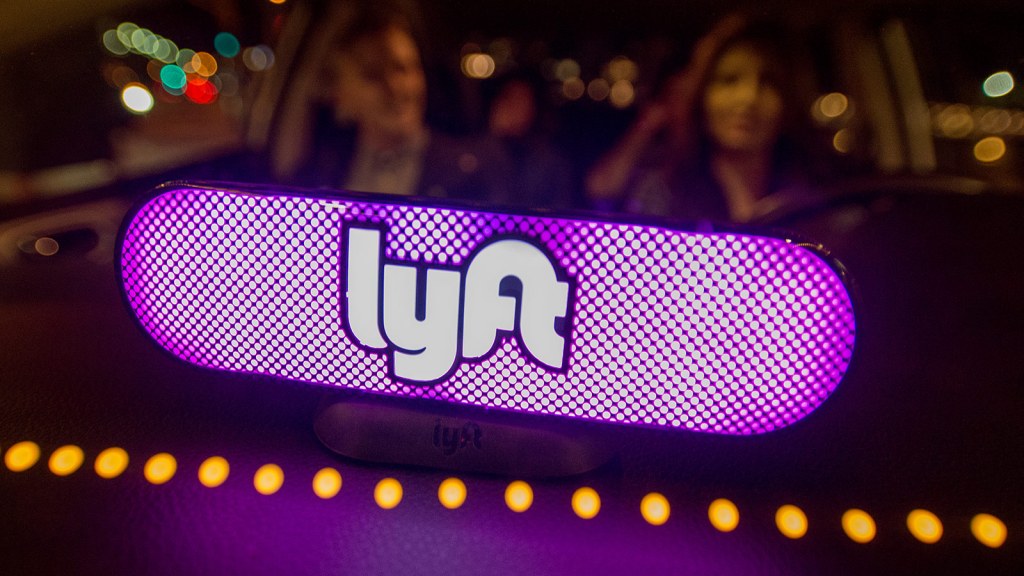 Lyft, the ridesharing technology company, announced Thursday that it’s balancing out the carbon emissions from its fleet by purchasing carbon offsets. Basically, this means the firm will plow some of its revenue into funding projects that reduce greenhouse gases — think: planting trees or investing in wind energy projects — in order to cancel out the emissions from the more-than-a-million rides its app facilitates each day.

The carbon-neutral pledge suggests the company is taking some responsibility for the roughly 50 million monthly rides serviced through its platform. It’s also part of a larger strategy to lessen Lyft’s carbon footprint and to provide a billion rides a year via autonomous electric vehicles by 2025. Some energy experts have applauded the announcement, while suggesting it should be the first in a multistep process to ensure Lyft isn’t just removing the pollution it adds, but that it’s making less in the first place.

“I think it’s very much a partial step,” says Daniel Kammen, a professor of energy at University of California, Berkeley. “Recognizing it and offsetting it is not the full answer,” he says. “But it’s certainly a great start.”

While ridesharing has certainly been an innovative technology, Kammen notes, it’s not great for the planet. (Kammen adds that Lyft’s director of sustainability, Sam Arons, was a graduate student in his lab.) Emissions-wise, Americans continuing to hop into cars across the country is something to worry about.

“Transportation, primarily driven by an increase in vehicle miles, has surpassed the power sector as the largest source of climate emissions in the United States,” writes Regina Clewlow, a transportation expert and founder of the mobility data platform Populus, in an email to Grist.

At University of California Davis, Clewlow researched the ecosystems around ride-hailing apps like Lyft and Uber. Her report from last fall found that the startups’ services discourage people from using public transportation, walking, and biking. In fact, 49 to 61 percent of the trips offered by those companies would have either not happened or been made by bike, foot, or public transit.

In New York, an urban transportation consulting company’s report found that app-based transportation companies have added more cars to the city’s streets. The firm, Schaller Consulting, led by a former New York City Department of Transportation senior official, found that the surge in vehicles could be increasing the amount of idling time for drivers, presumably between rides. In their analysis, they noted that on weekdays, there’s been an increase in the amount of unoccupied taxis, Lyfts, and Ubers in Manhattan’s central business district.

As for the carbon-offsetting tactic, Kammen says that in the past, these credits have not always proven to be solid. “The gripe has been that these credits are sometimes suspicious. A number of companies have done them in the past, and there have been claims everything from the same piece of conserved forest or project is being sold multiple times — there’s no verification,” he explains. “All that’s true, but definitely credits have gotten better in time.”

In its announcement, Lyft says it is working with sustainability consultant 3Degrees to verify the offsetting projects, and that all the initiatives will be in the U.S., with a majority near the app’s most popular service areas. And the company adds that it will only support projects that are new and wouldn’t have happened without Lyft’s support.

And hey, Uber — which is desperate for a public relations win — hasn’t taken such a bold step as it deals with sexual harassment scandals, ties to the Trump administration, and the recent death of a pedestrian from a self-driving Uber. Going green could help further Lyft’s clean reputation relative to its primary competitor.

Still, some have criticized carbon offsetting as a way for companies to “go green” without making more substantive changes. Kate Larsen, a director who focuses on climate change at the independent research organization Rhodium Group, says that getting cleaner vehicles into Lyft’s fleet, both autonomous and not, is an important next step. In order to meet decarbonization goals set under the Obama administration — not a formal policy under President Trump, but commonly used as a U.S. decarbonization benchmark, Larsen says — half of all cars on the road by 2035 need to be zero emissions or electric.*

“Having commitments from transportation-network companies like Lyft and Uber and others that align with those kind of goals, I think, are really what we would hope to see in the coming years as sort of the next step,” Larsen says, adding that Lyft could look at incentivizing their drivers to get electric cars.

Derik Broekhoff, a senior scientist at the Stockholm Environment Institute, a Swedish think tank, says that while Lyft’s announcement is an encouraging sign, it’s best to look at carbon offsets as an interim solution. He explains that long term, the company should look to electrify its fleet, encourage carpooling, and try to integrate more with public transit systems.

“But all those things take time,” Broekhoff says. “Carbon offsets are a good way to yield immediate results in terms of reducing your carbon footprint on the way to these deeper reductions that at least in principle they are trying to move toward.”

*Grist originally identified that under Obama-era goals, half of all cars on the road by 2030 need to be zero emissions or electric. Grist has sentenced the author to a lifetime of riding public transit.