Many Republicans are afraid to back climate policy. This one isn't. 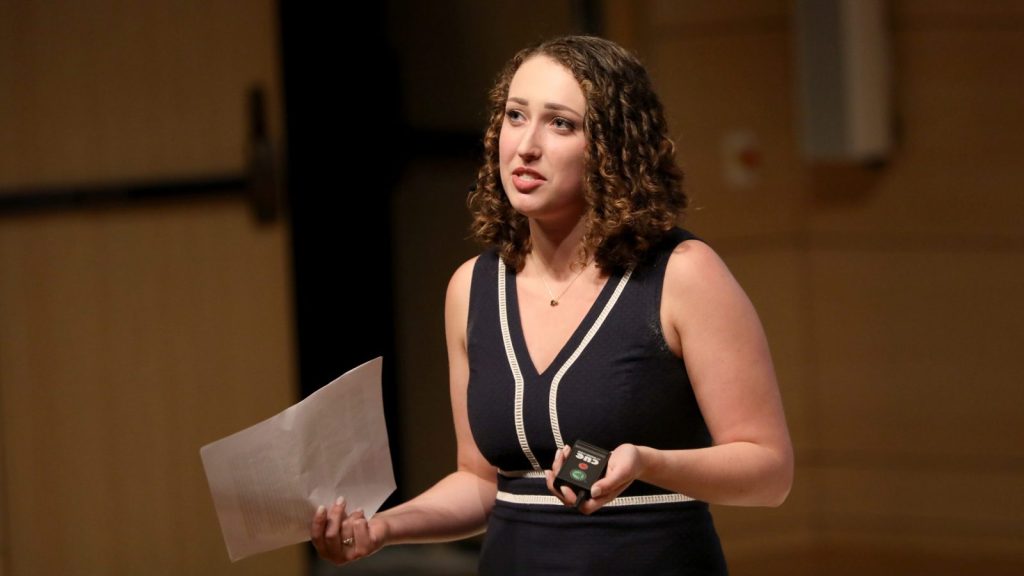 Many Republicans are afraid to back climate policy. This one isn’t.

Just before Kiera O’Brien departed for college, the ocean surrounding her Alaskan hometown turned a bright shade of Caribbean blue. It was the result of an algal bloom fed by sweltering temperatures — something Alaska has seen a lot more of recently.

But it wasn’t until she left for Boston that O’Brien started to think of climate change as a formidable problem. “I moved to a place that has so much pollution,” she says. “That’s when I really started getting concerned.”

O’Brien isn’t your typical environmentalist. She’s a registered member of the Alaska Republican Party and the president of the Harvard Republican Club. “Growing up far away from centers of federal power led me to favor state and local solutions, because frequently those were the only forms of government responsive to the needs of rural communities like my own,” she says.

At Harvard, O’Brien wasted no time in championing her particular conservative approach to environmentalism: She helped form Students for Carbon Dividends earlier this year — a bipartisan coalition of college students pushing for a revenue-neutral carbon tax. That’s a rising price on fossil fuels that gets returned to consumers in the form of a check every year. It’s the first time a piece of climate policy has meshed with O’Brien’s worldview. “There is a conservative solution,” she says.

What O’Brien is doing — going against her party’s grain — takes guts. For most Republican leaders, climate action is a political non-starter.

A recent study in Perspectives on Psychological Science shows that the American political scene is a lot like a middle school playground: Many Republicans do actually agree that climate change is worth addressing, but they don’t want to oppose their peers by coming out in support of climate policy — an issue that’s perceived as belonging to Democrats.

O’Brien’s willingness to challenge the status quo, and the fact that only three out of the 125 Harvard Republican Club members have vocally opposed her decision to champion a carbon tax, is encouraging. Sure, whipping votes at Harvard, where students are primed to learn from one another, is a lot different than whipping votes on the House floor, where politicians are primed to fight. (House Republicans just passed a resolution with almost unanimous support that rejected the very idea of a carbon tax.)

But O’Brien’s experience doesn’t reflect the kind of political pettiness exhibited on Capitol Hill or seen in the study. She says her interactions with fellow Republican students about the issue have been relatively frictionless — “phenomenal,” rather. It all comes down to talking about climate solutions in concrete terms: “We’re talking about a problem that is affecting real people, the economy, and our way of life,” she says.

“I have had so many of my peers come up to me and say, ‘I have cared about this issue for such a long time, and I never had policy I could actually back,’” O’Brien adds.

In general, millennials are becoming more engaged when it comes to climate change — perhaps another reason why O’Brien’s fellow Republicans support her carbon tax initiative. A recent poll shows a majority of young Republicans say they are concerned about air pollution and climate change. And just last week, a youth-led climate march descended on D.C. to demand action from politicians.

O’Brien’s level-headed approach has helped her turn wary conservatives into allies. When talking about a carbon tax with Republicans from West Virginia, for example, she likes to present her plan as a kind of insurance policy.

“One of us is probably wrong,” she tells climate deniers. “If I’m wrong, we’ve improved our economy and our environment. If you’re wrong, we have a big problem.”