College Republicans have a climate change plan, even if their representatives don't 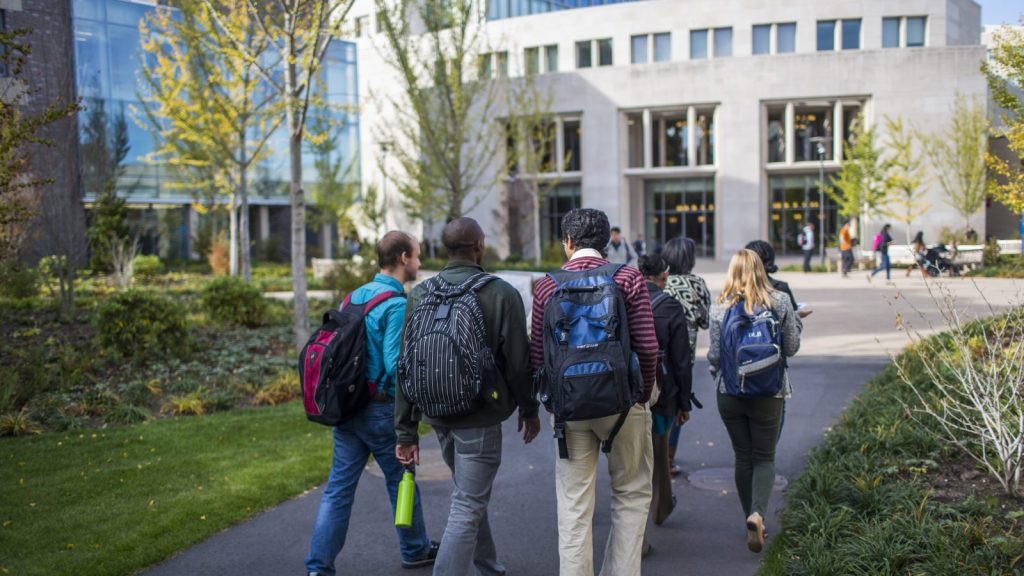 The chasm between congressional Republicans and Democrats on green issues is widening, according to the annual scorecard released this week by the League of Conservation Voters. The advocacy group evaluated how each member of Congress voted on environmental legislation in 2017. Senate Republicans had an average all-time low score of 1 percent — “meaning they voted against the environment and public health” 99 percent of the time. Their party members in the House didn’t do much better, going green only 5 percent of the time, on average. Democrats, on the other hand, netted an average mark of 94 percent in the House and 93 percent in the Senate on the scorecard.

But not all American conservatives feel the same way about the environment as the ones sitting in Congress. Take college Republicans, for instance.

On Wednesday, a coalition of Republican, Democrat, and environmental groups from public and private colleges and universities across the United States unveiled a plan to tackle climate change. It’s the first time college Republicans have publicly backed a national climate policy. The Students for Carbon Dividends (S4CD) is a group of 33 student-led clubs that aim to harness the power of their academic institutions to shine a national spotlight on the climate.

“S4CD makes clear to our fellow young Republicans that we no longer need to choose between party orthodoxy and the mounting risks facing our planet,” says Kiera O’Brien, vice president of S4CD and a sophomore at Harvard University.

A growing number of Republicans embrace the scientific consensus on human-made warming, and many of them support market-based methods of curbing pollution and expanding renewable energy. Millennials, especially, are broadly concerned about climate change. A new poll from the nonprofit Alliance for Market Solutions found that roughly three out of four millennials agree humans should curb climate change — and a surprising 51 percent of young conservatives are concerned about the issue.

It would put a rising price on fossil fuels in order to limit consumption and decrease pollution. The money generated by the tax goes back to Americans through an annual carbon dividend: for an average family of four, that would come in the form of a yearly $2,000 check. The plan also includes a “border adjustment” — penalties on incoming products from foreign countries that haven’t adopted a similar tax plan.

By championing this carbon-tax plan and reminding the Republican Party of its conservationist roots, college Republicans hope to get lawmakers in Congress to go a little greener. But to move their elected officials, S4CD will also have to contend with the fossil fuel industry. Oil companies and a range of well-funded lobbying groups have spent decades and billions of dollars fighting climate change legislation. And they have tremendous sway over many conservative politicians, including the current head of the EPA, Scott Pruitt.

Alex Posner, a senior at Yale University and founding president of S4CD, thinks those industry attitudes toward climate policy are starting to shift. “We’re in kind of a unique moment: What makes most sense for business — a clear predictable price on carbon — is also the policy that almost all economists agree is the most effective way to drive emissions reductions,” he says. “There’s this synergy of interests that’s rare in the climate space.”

It might sound like an uphill battle for a group of adolescents to get congressional Republicans mobilized in the fight against climate change. But, according to Posner, most elected officials have yet to feel the true power of the students involved in the coalition. After all, many of them haven’t had a chance to vote.