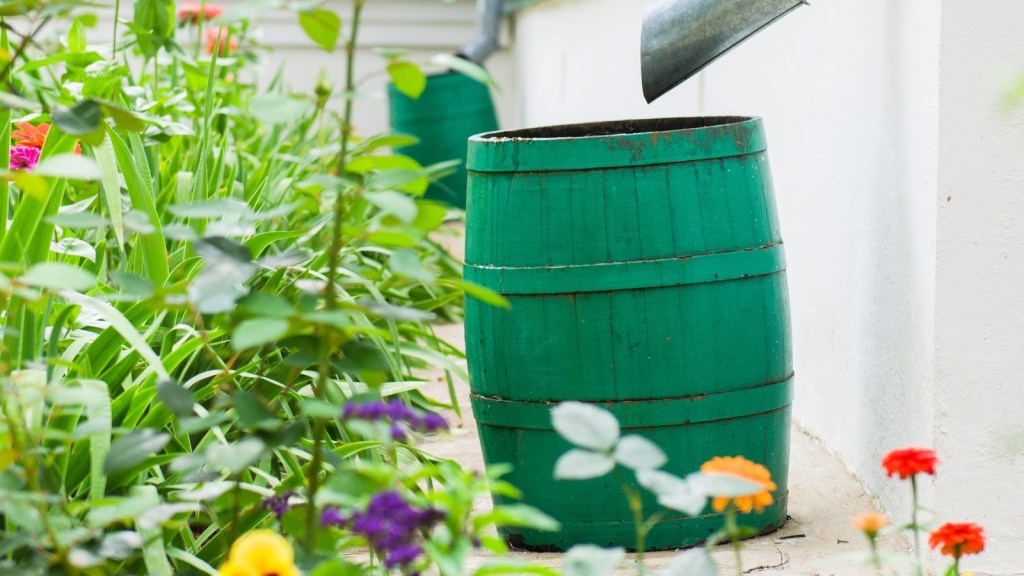 While it’s perfectly legal for Colorado residents to sit around in their soft pants with one hand wrapped around a bong and the other in a Cheetos bag, there’s one surprising thing that could get them in trouble with the law: rain barrels.

Colorado is the only state in the nation that bans the use of rain barrels. According to the state constitution, all moisture that falls from the sky and into Colorado’s borders is owned by the “people” — which really means it’s owned by the state. Water is allocated according to a complicated web of water rights. All of the rain and snow that fall into residents’ yards must be allowed to flow unimpeded into waterways, for instance, where it then becomes the property of whoever owns the rights — generally ranchers, farmers, drinking water providers, and developers. This system goes back more than a century, and rights are granted based on claim date: The longer you’ve had a claim, the higher priority it gets.

As you may imagine, the rain barrel ban is unpopular among those without water rights — namely, people who would like to store snowmelt or rainwater and use it to water their gardens or even flush their toilets. And the issue has become increasingly contentious as drought in Western states has made water an even more precious — and limited — resource.

There have been many attempts to reform Colorado’s water laws in the statehouse, but none have passed. The latest attempt is proposed by Democratic state Rep. Jessie Danielson, who is sponsoring a bill that would permit Colorado residents to collect up to 110 gallons at a time, or two barrels’ worth. “If I can shovel snow off from my sidewalk and put it on my lawn, why can’t I use a rain barrel to take it from my sidewalk to put on my tomato plants?” Danielson asked during an interview with CBS Denver.

It’s a good question, but one that may not be resolved anytime soon. Although the bill passed in the state House by 61 to 3, it has stalled in the GOP-controlled Senate. One of the strongest opponents of the bill, as ThinkProgress reports, is Republican Sen. Jerry Sonnenberg, whose district is home to farmers and ranchers concerned that rain barrels would reduce their own share of water. “It’s like growing flowers,” Sonnenberg said last year about rain barrels. “You can’t go over and pick your neighbors’ flowers just because you’re only picking a few. They’re not your flowers.”

The irony here is that research shows that rain barrels actually don’t affect the amount of water that will reach streams and rivers by any detectable level. Most rain is absorbed into the land before it reaches waterways anyway. Time to flush away some out-of-date thinking.