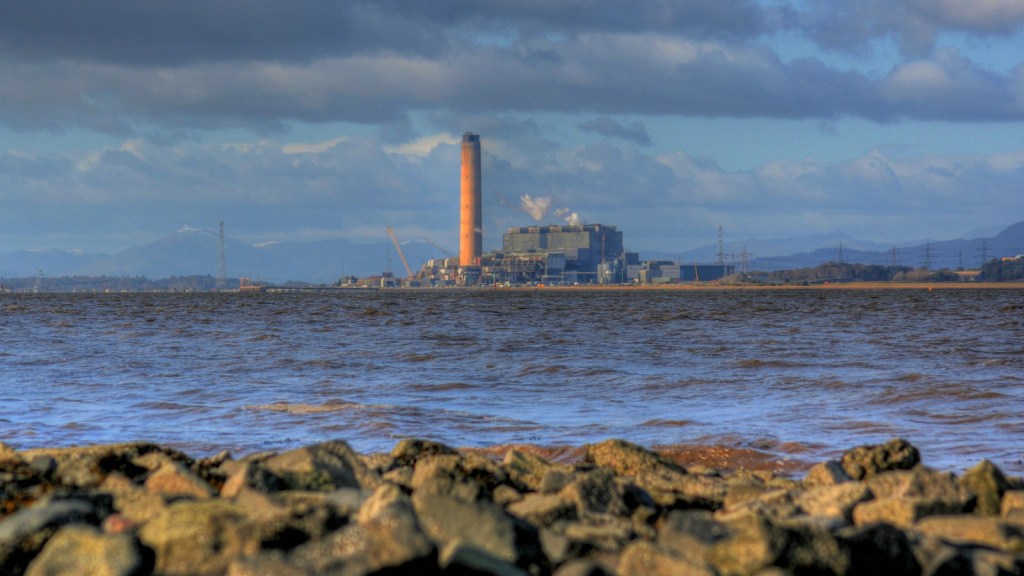 Scotland may be home to golf, haggis, and Sean Connery — but it’s no longer hospitable to coal. On March 24, Scottish Power shut down Longanett power station, its last standing coal-fired power plant.

Weirdly enough, the act of silencing the plant’s turbines was exactly what you might imagine — granted, it would probably never occur to you to imagine something like this, but if you were going to: A crowd gathered ’round a very retro control room as a man pressed a large, red button to the tune of an alarm sounding in the background.

Here's the moment #Longannet power station was shut down today marking the end of coal-fired generation in Scotlandhttps://t.co/rY2RtMTBWb

Longanett power station provided electricity for Scottish lads and lasses for nearly half a century, but its days were fated to come to an end with the onset of a pricey carbon tax and, you know, the whole global decline of coal. The Guardian reports that a handful of straggling open-cast coal mines remain in Scotland, but Longanett was the last major coal user in the country.

Though the closing of the power station signals the end for some jobs, it’s accompanied by a wave of energy investment, including more than $900 million in offshore wind farms. By 2020, Scotland hopes to keep its 5 million residents humming on 100 percent clean energy.

Looks like coal power in Scotland is becoming almost as elusive as Nessie.