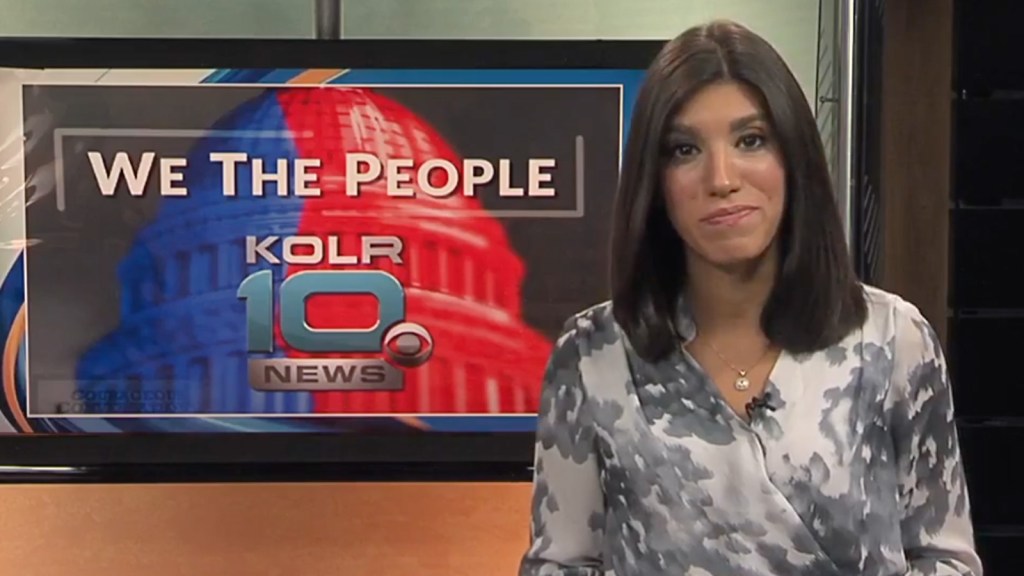 This story was originally published by Ensia.

KOLR10 News TV meteorologist Elisa Raffa wanted to tell her viewers about climate change, so she started with beer.

“Beer is mostly water, right?” the Springfield Missouri, reporter says. “One of our local breweries gets the water they use from a nearby lake. Well, because temperatures are going up there has been an algae bloom in the lake. It’s not a dangerous bloom — but it impacts the taste of the water and, of course, the beer.”

Mother’s Brewing Company also buys produce like peaches and cucumbers from local farmers, Raffa says. Those fresh fruits and veggies give brews like the Sunshine Chugsuckle and the Uncanny their signature flavor. But between increasingly violent hail storms and early blooms on the peach trees that then get hit with late freezes, that produce is in trouble. Mother’s and other Missouri brewers may have to turn to imported, frozen products. “And that not only impacts taste, it harms the local economy,” Raffa says.

Raffa’s 2017 beer story was a short segment on the evening newscast. But it marks a shift. From heatwaves and extreme rainfall to drought and flooding, climate change is becoming hard to ignore. To help their viewers understand what is happening around them, TV meteorologists are increasingly taking the lead in educating the public as to how climate change affects their lives.

For years, TV meteorologists were hesitant to talk about climate change. Climatological views — the long-term trends and patterns that influence weather — were not part of their education. Their time on air is limited. Some stations may discourage climate change talk. Many meteorologists simply feel it isn’t their responsibility. And some are concerned about how it might affect their ratings and job security.

“Audiences trust their local meteorologists,” says Mike Nelson, chief meteorologist at Denver7, an ABC affiliate in Colorado. “Our jobs depend on that trust. Meteorologists understand this, and some tend to stay away from controversial subjects.”

But that won’t do anymore, says Nelson. “We are as close to a scientist as most Americans will ever get. People invite us into their living rooms. We have a responsibility to educate them on the facts.”

“We need more people connecting the dots about how climate change is already affecting people and will continue to do so in the future,” says Bernadette Woods Placky, Climate Central chief meteorologist and director of Climate Matters. By linking local impacts to larger changes, Climate Matters aims to empower people to prepare for impacts like heatwaves, flooding, elevated food prices, and health situations. “We are a resource to help meteorologists tell their local story,” says Woods Placky.

Today, Climate Matters supplies webinars to help meteorologists understand topics such as climate models, health impacts, and extreme precipitation events. It provides data for individual markets, such as how viewers think about climate change. It also offers weekly communication packages containing location-specific climate analyses and visuals as well as workshops offering a deeper dive into the science, impacts, and solutions to climate change.

“We meteorologists need to show people global climate change and what it means to them,” says 42-year broadcast veteran Jim Gandy, chief meteorologist at News19 in Columbia, South Carolina, and a founding member of Climate Matters.

To bring that message home, Gandy produced a segment for the nightly newscast based on a 2006 study showing that increased carbon dioxide helps poison ivy spread and, crucially, makes it more toxic. “Poison ivy toxicity has doubled since the 1950s,” Gandy says. And it will double again by the end of the century according to the study, according to Gandy. This means that more people will be allergic to poison ivy and more people are expected to end up in the emergency room.

“If we don’t start talking about climate change now, how are we going to explain to people what they are seeing?” says Gandy. He has also enlightened his viewers about the impacts on local vegetable prices due to the California drought and talked about how the increased heat South Carolina is seeing affects gardening.

Each broadcast meteorologist has to find a way to bring the story of climate change down to the local level and figure out what matters to their viewers, say Woods Placky and Gandy.

In Arizona, Amber Sullins, five-time Emmy Award WinningABC15chief meteorologist, builds her climate change stories and information with her key demographic in mind: women aged 25 to 54. “I leave out things people can’t connect with like sea ice,” she says. “Instead, I focus on what my viewers care about: their children, their finances.”

Sullins also incorporates past data on frequency of fires or heatwaves into her daily forecast. “It helps to provide perspective,” she says. “ I also talk about projections so people know where we are going.”

Raffa avoids using the words “climate change.” Experience has taught her that the term alienates people.

Chief meteorologist Jorge Torres at KOB 4 in Albuquerque, New Mexico, agrees with this approach. “I’m just showing what’s going on. Just science and data,” he says. “I show my viewers that climate change is happening without ramming it down people’s throats or laying blame.”

Torres uses graphs and charts supplied by Climate Matters to communicate trends such as the steady decrease in snowpack in New Mexico mountains since 1980 and the increase in record-breaking high temperatures. Torres also uses social media to share the facts on climate change, tweeting his charts and graphs and engaging with his followers. He speaks regularly to schools, college groups, ski clubs, retirement groups, and others to get the message across.

“I just give them the hard data,” says. “It speaks for itself.”

Examples of how to tell the local story vary widely. Meteorologist Chelsea Ingram atKYW CBS 3 in Philadelphia talked about the fate of the Philadelphia airport as sea levels rise. In Detroit, Paul Gross, meteorologist at WDIV-TV, regularly explains to his viewers how increased evaporation from a warmer atmosphere in turn results in some of the massive snows experienced in his region the past few years.

Of course, not everyone is on board with communicating climate change from the evening news broadcast. Arecent survey showedthat 38 percent of broadcast meteorologists either don’t believe in climate change or don’t believe that it is human-caused. But of the estimated 2,200 meteorologists around the country, about 500 are working with Climate Matters to tell the local stories of climate change. “It has been revolutionary,” says Woods Placky. “We’ve got a long way to go, but we are reaching a tipping point.”

“I’ve had very little blowback,” says New Mexico’s Torres. “In fact I’ve heard more viewers tell me I need to talk about climate change more often.” Other meteorologists have had similar results. The feedback has been so positive, in fact, that Climate Matters is looking to expand to the newsroom.

“I got into meteorology because I loved learning how weather impacts me beyond needing an umbrella,” says Raffa. “My advice is to find your niche. Find your own story and your own way to do it. Understand how your viewers feel and talk to them.”