The average global temperature is, like an escalator, undoubtedly moving in one direction. 2018 marks the fourth hottest year since scientists began recording annual global temperature averages in 1880, according to new independent analyses by NASA and the National Oceanic and Atmospheric Administration.

“There’s no question about those trends in the data however we slice it,” said Gavin Schmidt, director of NASA’s Goddard Institute for Space Studies, in a press conference on Wednesday. “And our understanding of why those trends are occurring is also very robust: It’s because of the increase in greenhouse gases that we put into the atmosphere over the last hundred years.”

The rise in global temperature coincided with another alarming trend: an increase in catastrophic disasters. Last year in the United States, we saw 14 major climate and weather disasters that each exceeded $1 billion in losses, according to a separate report from NOAA. The combined losses are estimated at $91 billion, the bulk of which can be attributed to Hurricane Florence, Hurricane Michael, and the complex of fires in the West (including the Camp Fire, the most destructive fire in California history). 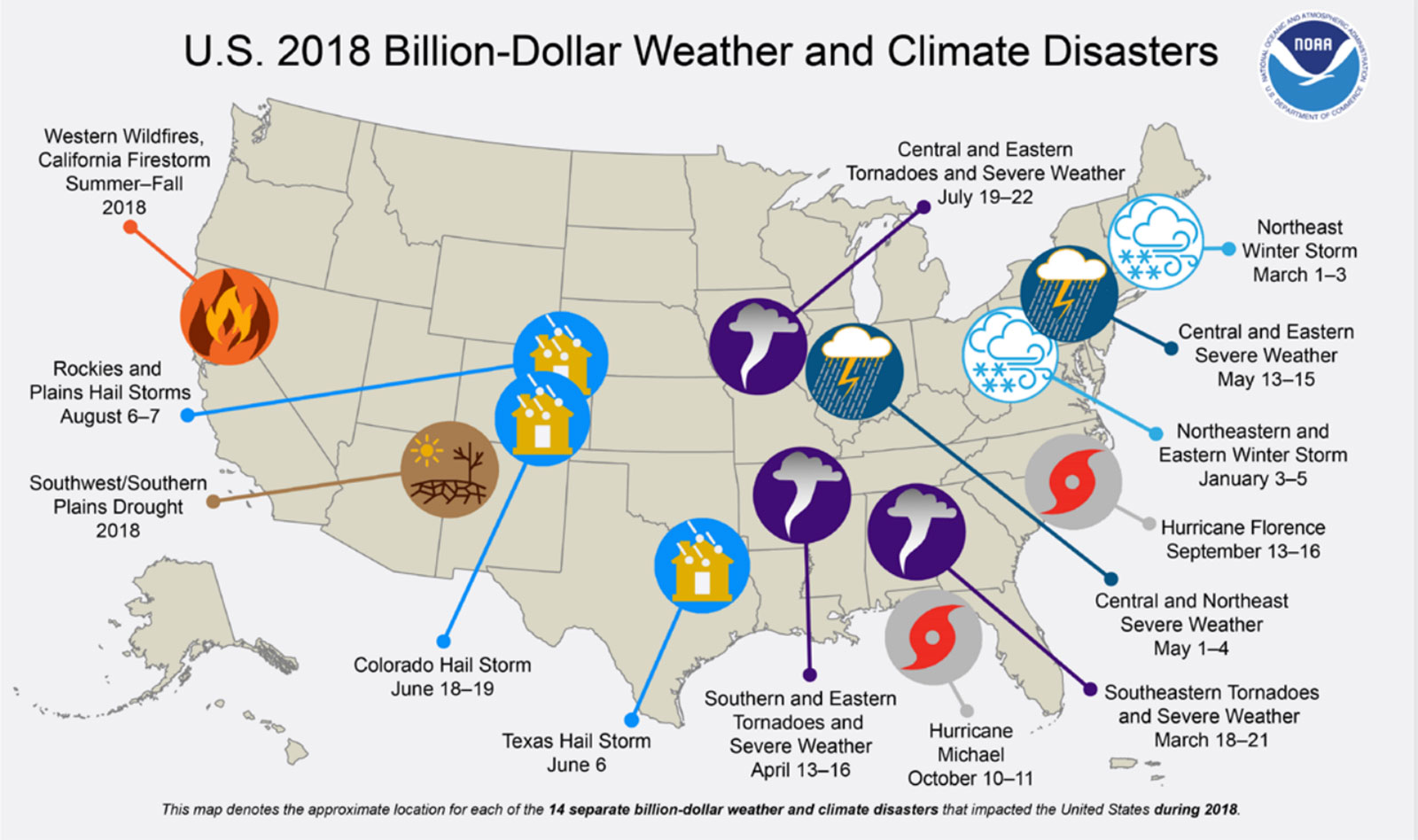 Collectively, the last five years represent the hottest on record. 2016 retains the title of hottest year, a peak partially explained by El Niño, a recurring period of warming in the tropical waters of the Pacific Ocean. “Generally speaking, when we have an El Niño, global mean temperature is warmer in the year that follows,” Schmidt said in the press conference.

The Earth is now 1.5 degrees F (0.83 degrees C) warmer than the 1951 to 1980 average — a number that may appear small but comes with big implications. “So when you start to change the average surface temperature of the earth, you change the wind patterns — and then before you know it, you change the monsoons,” wrote journalist Thomas Friedman in the book Hot, Flat, and Crowded. On top of that, warming also changes evaporation rates, resulting in both more extreme drought and rainfall.

“These changes are having consequences on the ground,” said Deke Arndt, chief of the monitoring section at NOAA’s National Centers for Environmental Information, in the press conference. He pointed to some of the extreme weather patterns we’ve seen in the United States recently, such as heavier rainfall in the East and persistent drought in the Southwest. And last year in Hawaii, the island of Kauai broke the national record for the most rainfall over a 24-hour period, Arndt said.

Global warming is not distributed equally — some regions, like the Arctic, are warming much faster. Another strange element of Earth’s dysfunctional climate: Morning temperatures are increasing more rapidly than afternoon temperatures in the United States. “This is one of the most significant and emergent themes in the 21st century in U.S. temperatures,” Arndt said.

Lesson learned: If you want to be good to yourself as the planet warms, sleep in when you can.