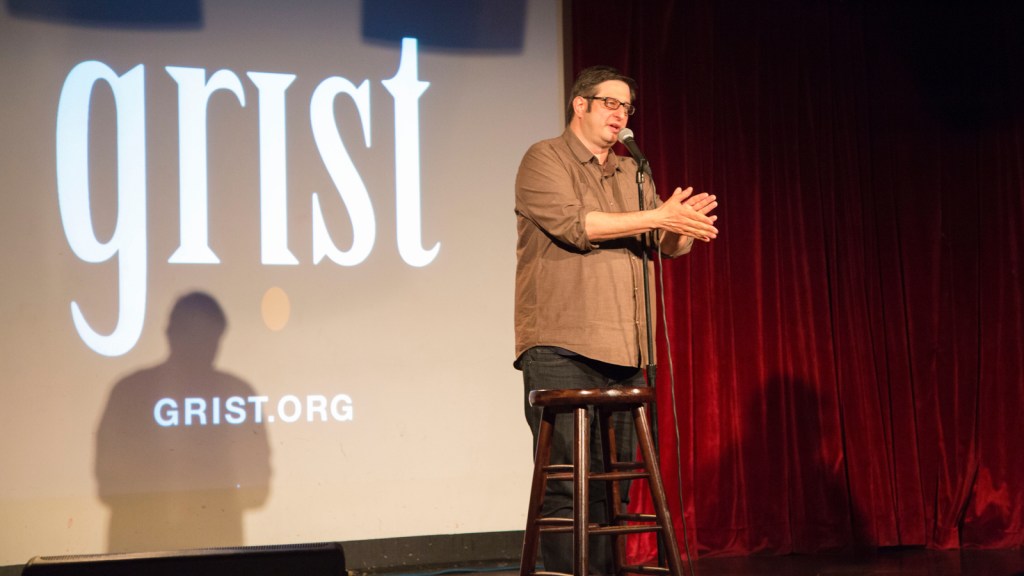 So, the over-the-top hit drama known as “2016” got extended another four years. The only way to get through this nail-biter is with some chuckles and several rounds of hardy har hars.

That’s why we’re back at it again with the Fourth Annual Grist Comedy Extravaganza! This rousing event, hosted by comedian and Grist board member Eugene Mirman (star of Bob’s Burgers), features some of the biggest names in comedy, including David Cross from Arrested Development, Aparna Nancherla from Late Night with Seth Meyers, Caroline Rhea, and more!