Trump wants to block a court ruling on the Clean Power Plan. The court shouldn’t let him. 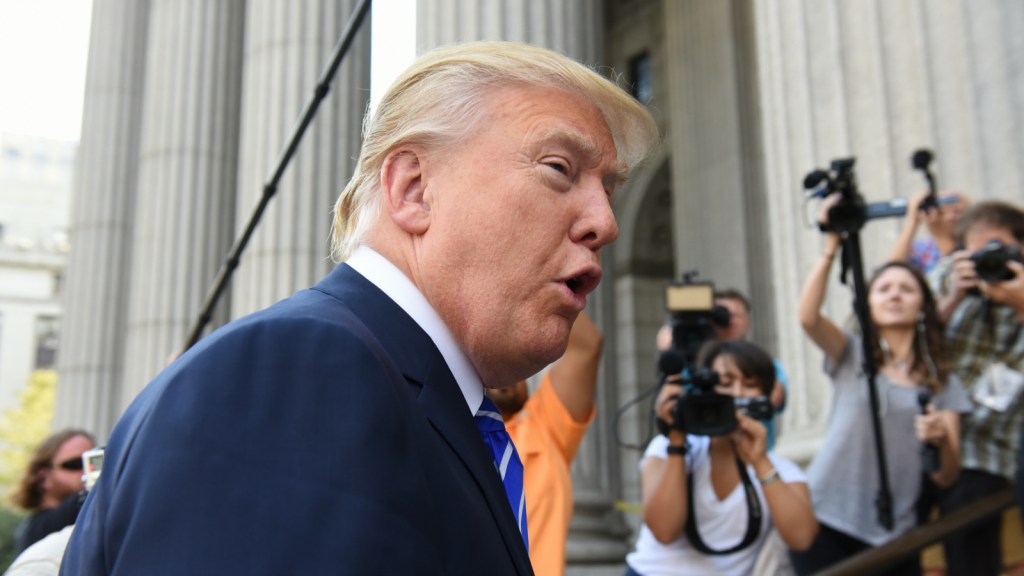 Trump wants to block a court ruling on the Clean Power Plan. The court shouldn’t let him.

Last week, President Trump signed an executive order to “promot[e] energy independence and economic growth,” which turns out to be code for “dismantle as many environmental protections as possible.” Among the order’s most notable features is its requirement that EPA Administrator Scott Pruitt “review” the Clean Power Plan, a signature climate initiative of President Obama’s second term that limits greenhouse gas emissions from the nation’s power plants. If Pruitt deems it “appropriate,” the order instructs him to suspend, revise, or rescind the Clean Power Plan “as soon as practicable.”

Plenty of smart folks have already explained why Trump’s order is terrible for the nation’s long-term security and prosperity, and I won’t repeat those arguments here. Instead, I want to focus on one of the decree’s most immediate consequences. Mere hours after the signing ceremony, the EPA filed a motion in the D.C. Circuit Court of Appeals, asking the court to put a pending case about the Clean Power Plan on indefinite hold. The court should say no.

A bit of background: When the Clean Power Plan was issued in 2015, a bunch of coal companies, utilities, trade associations, and state attorneys general — including Pruitt, who was then the chief lawyer for Oklahoma — sued, arguing that the rule exceeded the EPA’s legal authority under the Clean Air Act. A competing coalition of states, municipalities, nonprofit organizations, and industry groups subsequently intervened alongside the EPA to support the rule. The D.C. Circuit heard argument from both sides last September. Presumably, its judges are putting the final touches on their decision by now, a decision that Pruitt’s EPA would like them to stick in a drawer and forget.

The EPA gives two reasons for the D.C. Circuit to withhold its opinion. The first is that, because the EPA may end up revising or rescinding the Clean Power Plan of its own accord, ceasing work on the case will “promote judicial economy by avoiding unnecessary adjudication.” The second is that releasing a decision now, while the EPA is conducting its presidentially mandated reevaluation of the rule, could “undermine the integrity of the administrative process.” Neither of these arguments holds water.

We’d hate to waste your time, your Honors

Let’s start with the EPA’s first rationale for delaying a decision: “promoting judicial economy” (in other words, not wasting federal judges’ valuable time). Honestly, it’s a bit comical for anyone to talk about conserving judicial resources at this stage of Clean Power Plan litigation, which has already dragged on for almost three years. When the EPA released a draft version of the rule in June 2014, opponents filed multiple lawsuits, in multiple courts, seeking to block it. All were dismissed as premature. Once a final version was issued in October 2015, there was lengthy briefing on motions to stay the rule — that is, temporarily suspend its implementation — first in the D.C. Circuit, where a stay was denied, and then in the Supreme Court, where it was, improbably, granted.

A few months later, after yet another round of briefing before the D.C. Circuit, the court surprised everyone by deciding to hear the case en banc. This meant that, instead of the typical three-judge panel, all of the circuit’s active judges would get a vote (except Chief Judge Merrick Garland, who, at the time, had recused himself from all cases pending a Senate hearing on his doomed Supreme Court nomination). Furthermore, instead of the 20 minutes of oral argument time allotted to most cases, the court set aside a full seven hours for the Clean Power Plan dispute. Since that September day, the judges (and their many clerks) have undoubtedly spent countless hours trying to agree on the wording of what will necessarily be a doorstop of an opinion.

All of which is to say that an enormous amount of energy has already been expended in this case by judges and lawyers alike. (Here’s the part where I disclose that some of that energy was mine: I coauthored a “friend of the court” brief filed by my employer, the Institute for Policy Integrity at New York University School of Law, in support of the Clean Power Plan.)

Of course, any economist would tell you that past judicial labor is a sunk cost and, as such, is irrelevant to the question of whether future work on the case is worthwhile. If changed circumstances have rendered a decision in the case truly worthless, then it wouldn’t be prudent for the D.C. Circuit to spend a single additional minute on the matter, even if all that’s left to do on its long-awaited decision is run the spell-checker and press print.

But here’s the thing: Trump’s executive order hasn’t rendered a D.C. Circuit decision worthless. As you can read more about here, one of the chief claims raised by opponents of the Clean Power Plan is that the Clean Air Act bars the EPA from regulating power plants’ carbon emissions because the agency already regulates the plants’ mercury emissions under a different section of the act. Regardless of what Pruitt’s EPA decides to do after its review of the Clean Power Plan, this question will still be highly relevant.

Let’s say the EPA decides that it now agrees with the challengers’ position and attempts to rescind the Clean Power Plan altogether on the grounds that the agency simply lacks authority to regulate carbon emissions from power plants. At that point, the many states and environmental and public health organizations that support the Clean Power Plan will sue and argue that this restrictive interpretation of the act is wrong, just as they have already argued in the current case. And then the court will have to decide the very question that is already before it, but only after reading a duplicative set of briefs and sitting through a duplicative round of oral argument.

Alternatively, the EPA could decide after its review to reduce the Clean Power Plan’s stringency rather than scrap it altogether. At that point, some of the same challengers who are suing now will undoubtedly sue again, arguing that a weakened Clean Power Plan is still unlawful because the Clean Air Act precludes the EPA from regulating power plants’ carbon emissions at all. Again, the court will end up deciding the very same issue that it could just go ahead and resolve right now.

Why would the EPA want to undertake a reassessment of the Clean Power Plan’s legality without first hearing what the D.C. Circuit thinks? Perhaps because the result of the agency’s review is preordained. Perhaps because Pruitt already plans to conclude that the Clean Power Plan is, in its current form, illegal, and he knows that it will be much harder to defend such a conclusion if the second-most-powerful court in the land has already upheld the rule as a permissible exercise of the EPA’s Clean Air Act authority.

This brings us to the EPA’s second reason for putting the litigation on hold: avoiding a situation that could “call into question the fairness and integrity of the ongoing administrative process.” As the EPA explains in its motion, if the D.C. Circuit issues a decision, the losing side will inevitably appeal the ruling to the Supreme Court, and the EPA will then be compelled “to represent the current Administration’s position on the many substantive questions that are the subject of the EPA’s nascent review.” In other words, a D.C. Circuit ruling will force the EPA to file a brief either supporting or opposing Supreme Court review of the case, which will, in turn, require the agency to reveal its current views on the legality of the rule. Stating that position before the EPA completes its formal review of the Clean Power Plan, however, might lead some to suspect that the review isn’t so much a good-faith evaluation of the Clean Power Plan’s legal and scientific merits as it is a bit of deliberative dressing on a purely political decision.

In reality, of course, no one would be surprised to learn that the EPA’s review has a foregone conclusion. Sure, the text of Trump’s executive order leaves the EPA the option of keeping the Clean Power Plan in place “if appropriate.” But it bears repeating that Pruitt, the man charged with making this determination, spent the last three years of his career on a legal crusade to destroy the Clean Power Plan. And Trump made his own feelings about the rule clear at last week’s signing ceremony, suggesting that “no single regulation threatens our miners, energy workers, and companies more than this crushing attack on American industry.” (He failed to mention that the rule’s projected benefits — which include the prevention of thousands of premature deaths annually — vastly outweigh its costs.)

Thus, neither of the EPA’s justifications for delaying a Clean Power Plan decision withstands much scrutiny. The D.C. Circuit can rest assured that its continued efforts on the opinion aren’t a waste of time, and it certainly doesn’t need to worry about undermining the public’s nonexistent faith in the agency’s show trial of a “review.”

The Trump administration may not want to know what the D.C. Circuit thinks of the Clean Power Plan, but, ultimately, that’s irrelevant. The case was filed, the claims were argued — it’s time for the court to rule.