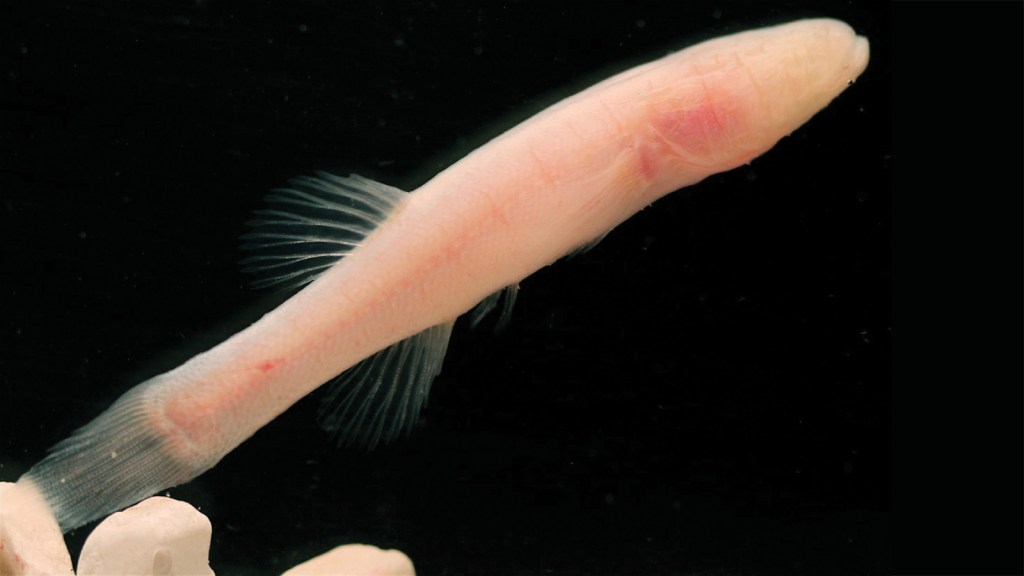 Scientists from Louisiana State Baton Rouge and the University of Kentucky have discovered the first new cavefish species in the U.S. in over 40 years. What sets this delightfully hideous creature apart from all of the other stunningly hideous cavefish is that it has an anus right behind its head. How’s that for putting the ick in ichthyology?

Here’s a little more about the new find, named the Hoosier Cavefish, or Amblyopsis hoosieri, from the good folks at Sci-News:

The new fish is the closest relative of Amblyopsis spelaea, a previously known cavefish from the longest cave system in the world, Mammoth Cave in Kentucky.

These two species are separated by the Ohio River, which also separates the states of Indiana and Kentucky.

Undoubtedly it was someone on the University of Kentucky part of the team who picked the Hoosier moniker, probably as a tribute to famous Hoosier butt head Bobby Knight. Other names they might have considered for the shit-near-brains creature include the Really Crapie, the Bieber, and the Limbaugh Trout.

The crazy part is, we only just found these wigglers and they’re already endangered. Now that might be because they are blind, have an anus in their heads, and live in a cave — but the same could be said of their Kentucky neighbor Mitch McConnell and he seems to be doing fine. Perhaps it’s more a sign that we’re all in trouble.