No matter what happens on Groundhog Day, winters are getting shorter 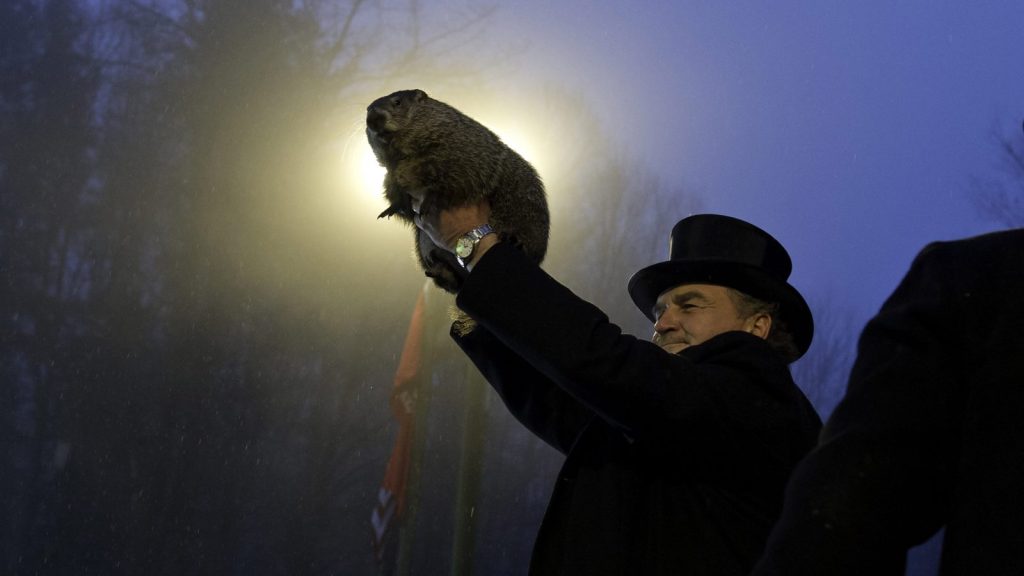 No matter what happens on Groundhog Day, winters are getting shorter

It’s maybe no secret that the shadow of a large squirrel isn’t an effective tool to determine the length of a season. Factor in climate change, and America’s favorite weather-predicting groundhog is now somehow even worse at his job. Since 1887, Punxsutawney Phil has predicted 104 long winters and only 18 early springs. In reality, precisely the opposite is happening.

“Winter is shrinking in its season. It’s not lasting as long and it’s not getting quite as cold,” said Bernadette Woods Placky, chief meteorologist at Climate Central. Here are some of the most serious effects of shorter winters:

For most of the American West, winter snow is like a savings account for water. That stockpile of winter snow will melt all year, delivering a steady supply of water even into the hot, dry summers. A changing winter climate means more precipitation will fall as rain instead of snow. Wet winters and dry summers will put stress on ecosystems, agriculture, hydropower, and the millions of people who rely on snowmelt for drinking water.

“It’s like our tap is on all the time,” Heidi Roop, a research scientist at the University of Washington Climate Impacts Group, told me for a story about the National Climate Assessment.

Changing seasons can throw farming practices out of whack.

Warm winter temperatures can damage certain crops, which require a level of winter chill to produce viable fruit. Early springs can be deceptive, too. If warm weather causes crops to bloom early, a rare cold snap can wipe out entire fields. In 2017, an early bloom followed by a March cold snap killed off roughly a billion dollars of peach crops in Georgia.

Changing seasons can also shift the zones where plants grow best. All this could bring about a major agricultural reshuffling as farmers ditch traditional crops for new ones — think oranges grown in Seattle or kiwis grown in Salt Lake City.

“There are ways to survive these winters for the farmers,” Woods Placky said. “There’s lots of opportunities in some cases too — however, we really have to be aware of what’s going on.”

Pests that don’t fare well in the cold — creatures like ticks, mosquitoes, or bark beetles — now have more room to roam, as freeze-free areas expand across the country.

“We’re seeing mosquitoes and ticks linger longer,” Woods Placky said. “Some people aren’t just used to those cues of doing their tick check when they go on a hike in November, and they might have to now.”

It’s not just insects, either. Burmese Pythons, the 20-foot long invasive species that has infested the freeze-free Everglades, could move north as warming winters expand their habitat.

Warmer winters could even change entire global weather patterns. The jet stream, the giant atmospheric conveyor belt, is powered by cold air in the Arctic. As those Northern winters warm up, that atmospheric river could start to slow down and wiggle all across the hemisphere.

“Like a river, when it’s not moving as fast, it takes some more curves along the way,” Woods Placky said.

A wavier jet stream can trap weather patterns between its curves, leading to longer heatwaves or floods.

We can all appreciate both regional celebrations and Bill Murray movies. But when it comes to climate, we should probably listen to the scientist and not the groundhog.