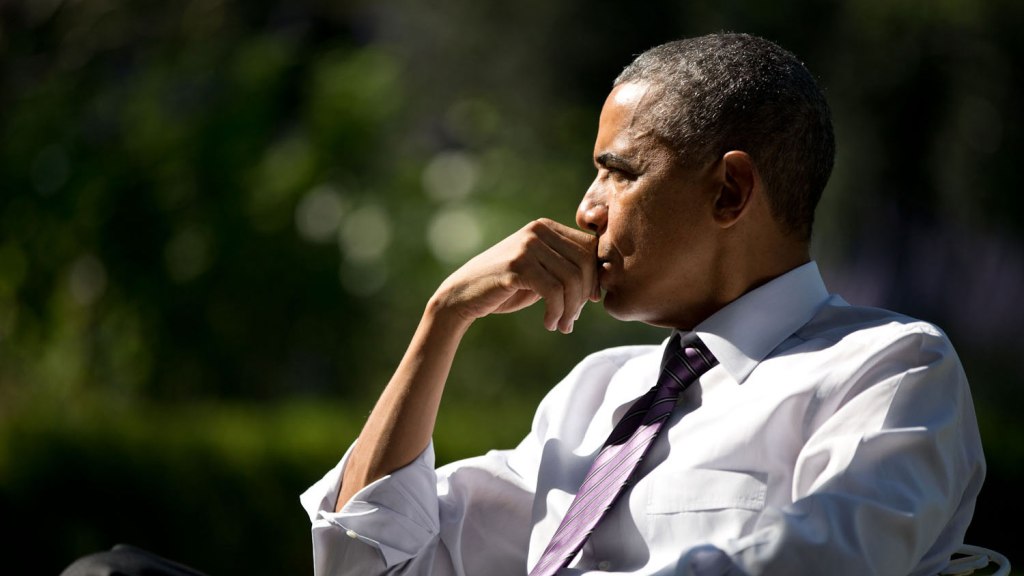 The United States isn’t exactly known for its mass transportation. In all but the biggest American cities — and even in some of those — the only thing resembling public transit is the school bus. But in his final years in office, President Obama hopes to change this. Or at least start talking about it.

Politico reports that when Obama proposes the final budget of his presidency, it will call for spending more than $300 billion over the next decade to fund carbon-reducing transit projects, including subways, buses, light rail, freight rail, and a big expansion of high-speed rail, as well as potentially-less-carbon-reducing projects like self-driving cars.

And how does Obama propose to pay for it? With a $10 “fee” on every barrel of oil sold. In theory, this fee would be levied on oil companies, but even the White House acknowledges that it would probably be passed right down to consumers. “This is a per-barrel fee on oil paid for by oil companies,” White House economic adviser Jeff Zients said Thursday. “So they’re the ones paying the fee. We recognize that oil companies will likely pass on some of these costs.”

Two senior administration officials authorized to discuss the plan described it as a sharp departure from unsustainable asphalt-driven Washington policies that date back to President Eisenhower’s creation of the interstate highway system, as well as an aspirational next step for a climate-conscious president who has already ratcheted up fuel-efficiency standards for cars and trucks, doled out unprecedented green energy subsidies, cracked down on carbon pollution from power plants, and pushed through a global climate deal in Paris. They said that transportation accounts for 30 percent of U.S. emissions, and that Obama’s plan would boost spending on green transportation infrastructure by about 50 percent. They also argued that the U.S. transportation system, long the envy of the world, has become an economic drag that imposes $160 billion in hidden taxes on businesses and commuters while stranding Americans in traffic for 7 billion hours every year.

Former Pennsylvania governor Ed Rendell, who was briefed about the plan in his role as co-chair of the pro-infrastructure group Building America’s Future, called it the boldest transportation blueprint since Eisenhower envisioned the interstates.

“Since then we’ve just been bumping along, doing short-term fixes, and I give them a lot of credit for laying out this kind of long-term investment,” said Rendell, a Democrat who has been a frequent Obama critic. “I also give them credit for having the guts to say how they would pay for it all. That’s very unusual in this area.”

So what’s the likelihood this oil tax — uh, we mean oil “fee” — will come to fruition? Approximately zero. With the GOP in control of Congress, the president’s budget — transportation and otherwise — is expected to die as soon as it reaches Capitol Hill. Although the gas tax hasn’t been raised since 1993, tax increases are hugely unpopular with Republicans in office — including those running for president. Marco Rubio, for instance, has said that as president he would cut the gas tax by 80 percent.

As for the Democrats, neither Bernie Sanders nor Hillary Clinton have weighed in. But, as Mother Jones points out, although both candidates have largely been supportive of Obama’s climate change plan, Clinton may feel compelled to reject the proposed tax hike after promising not to raise taxes on families making less than $250,000 a year.