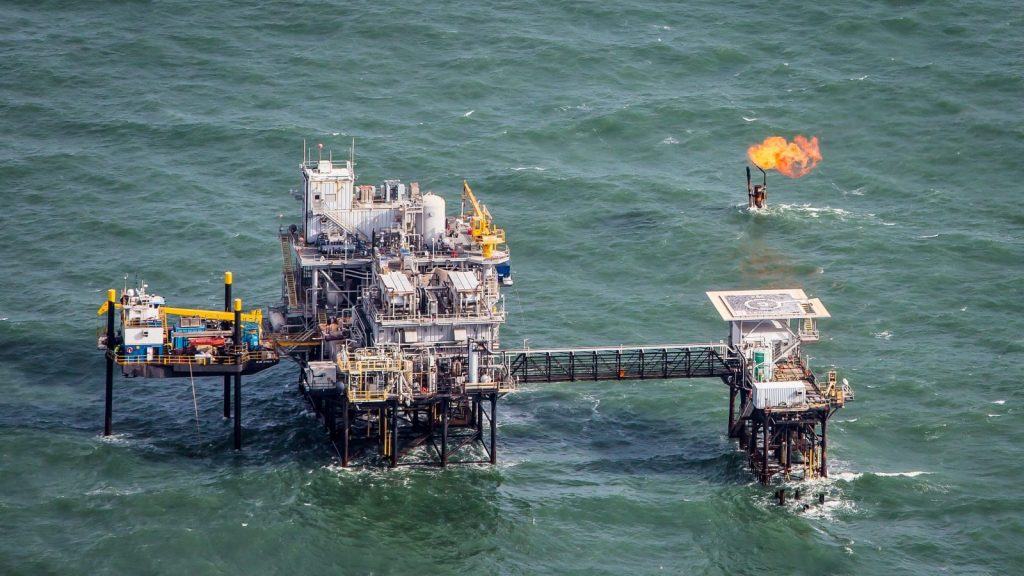 The largest offshore oil and gas lease sale in U.S. history, which included all available areas in the Gulf of Mexico, garnered only tepid interest from oil and gas companies on Wednesday. Industry and government representatives called the results encouraging and consistent. Critics deemed it an “embarrassing flop.”

The sale was in the spotlight amidst the Trump administration’s push to expand drilling in federal waters, and President Trump’s repeated commitments to “energy dominance.” It was considered a test of the industry’s appetite, and the modest bids that resulted are seen as a setback to the government’s plans of stimulating investment in the gulf. Trump’s efforts to cut environmental regulations and increase offshore oil drilling doesn’t just spell trouble for climate change: The fire sales are lowering the price, and taxpayers lose out as oil companies buy drilling leases at a fraction of the normal cost.

A 77.3 million acre patch of the ocean, about the size of New Mexico, was on the auction block, including plots offshore of Texas, Louisiana, Mississippi, Alabama, and a small part of Florida. (The majority of waters off the coast of Florida have been protected from drilling in the past, though it’s unclear if that will continue in the future.) The Bureau of Energy Ocean Management received 159 bids from 33 companies, with the top bids totaling $124.8 million.

Bids must be reviewed before they are finalized, but the preliminary results are similar to a slightly smaller region-wide sale in the Gulf of Mexico last year. That sale offered about 1 million fewer acres and generated about $121.1 million in winning bids. BOEM regional director Mike Celata pointed to the higher number of bids in this sale compared to the last (159 versus 99 bids) as a positive sign. “You are definitely seeing an increase in interest,” he said in a press call after the sale. “You see continued, consistent investment in the Gulf of Mexico.”

Of the 77.3 million acres available Wednesday, just over 800,000 acres — or 1 percent — received bids. And when a tract of land did get bid on, the oil companies didn’t need to compete. More than 90 percent of the tracts of land leased on Wednesday had only one bid. Over the past 20 years, more than three-quarters of the leases awarded in the Gulf of Mexico — 76.6 percent — were awarded on the basis of single bids, the Project on Government Oversight reported earlier this year. Adjusting for inflation, the average price paid per acre in each Gulf of Mexico auction has declined by 95.7 percent, dropping from $9,068 to $391, the report also found.

While sales are not final, the average winning bid price from this week’s sale was $153 per acre, compared to $238 per acre in last year’s Gulf of Mexico sale. “The Trump Administration’s bargain basement fire sales of America’s oceans and public lands to the oil and gas industry are an embarrassing and fiscally irresponsible failure,” the Center for American Progress, a left-leaning think tank, said in a statement, calling the sale an “embarrassing flop.”

Major companies like BP, Chevron, and Shell all placed several bids. Money received from the leases are directed to the U.S. Treasury, Gulf Coast states, and the Land and Water Conservation Fund and Historic Preservation Fund. Lease terms stipulate that winning bidders explore and drill “in an environmentally sound and safe manner.” (If you want more details, check out BOEM’s flowchart of approval steps from sale to drilling.) “Once that process is done, then they can begin punching holes in the ground,” John Filostrat, BOEM director of public affairs, said in an interview with Mother Jones.

BOEM has imposed rental fees that escalate over time to encourage “faster exploration and development” of leases. The government also receives a royalty payment — a percent of production — once the companies start collecting oil or gas. Recently, BOEM cut the royalty rate for shallow water leases by a third (18.75 percent to 12.5 percent) to try to spark more interest. “They are reducing the return for the tax payer,” Raleigh Hoke, campaign director for the Gulf Restoration Network, says.

The Trump administration also has a new offshore energy plan in the works that would open up almost all of the continental shelf for drilling leases in 2019-2024. After a public comment period later this year, the final program is expected next year. Some analysts have predicted that oil companies’ response to the new plan will be slow.

Under pressure from energy companies, the administration recently rolled back offshore drilling safety measures established after the Deepwater Horizon disaster. “It’s crazy,” Hoke says, “to put all these lease blocks up for sale while simultaneously weakening safety regulations, putting workers at risk, and potential opening the door to another catastrophe.”