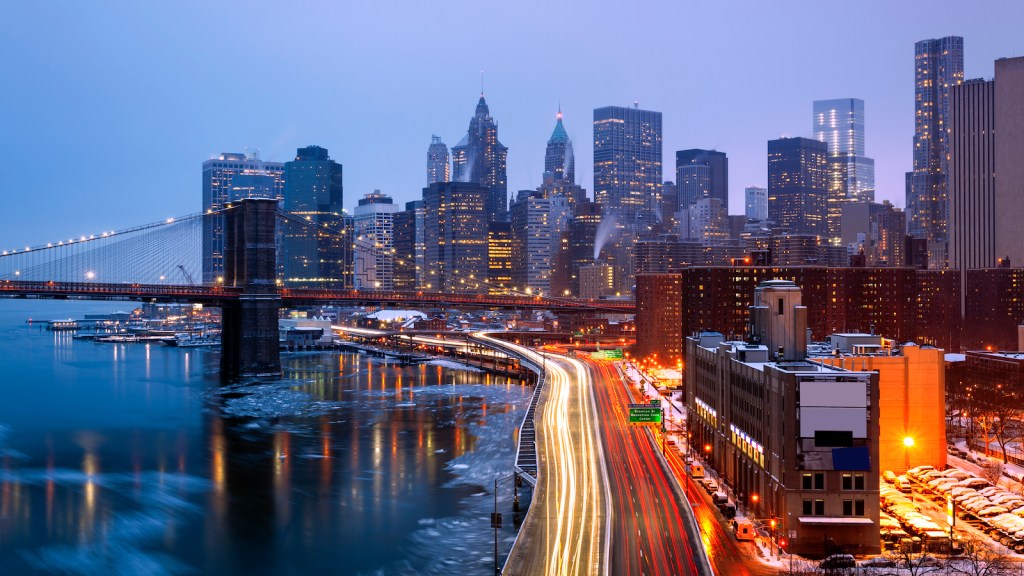 New York could become the first U.S. city to charge people for driving a car downtown — that is, if Governor Andrew Cuomo gets his way.

During a “state of the state” speech to kick off his third term, Cuomo said a new congestion pricing plan would be part of his ambitious agenda over the next 100 days. The agenda also includes additional efforts like banning plastic bags and 100 percent carbon-free energy by 2040. Now that Democrats have unified control of New York government, this climate-friendly wish list could quickly become reality.

Congestion pricing would vault New York City towards a car-free future, and cement its leadership role on tackling climate change. But the fee wouldn’t kick in until sometime after 2021 and a lot could still change.

The idea of congestion pricing is simple: In a dense urban environment with great public transportation like lower Manhattan, operating a private passenger vehicle is actually harmful for society. Cars are dirty, loud, dangerous, and take up tons of space. If they get more expensive, fewer people will use them, carbon emissions will go down, and the streets will be safer — a win for everyone. Watch our video team explain the concept:

In New York, public backing for congestion pricing is on the rise. Public transit commuters outnumber auto commuters 30-to-1 in some parts of NYC, and there’s a growing support particularly among lower-income New Yorkers who want to see more investment in subways and buses as the system continues to literally fall apart in the aftermath of hurricanes and decades of deferred maintenance.

Congestion pricing isn’t new — it’s been in the works in NYC for a long time. When it first opened way back in 1883, the Brooklyn Bridge charged horse-drawn carriages a fee to limit traffic downtown but the practice was eventually abandoned after public outcry. A 2008 plan under former Mayor Michael Bloomberg to put a congestion price on automobiles didn’t make it through the state legislature.

Cuomo has proposed a $11.52 fee to limit vehicle traffic below 60th Street, and expects the plan to provide a “reliable funding stream” for public transit in the city, especially in underserved areas, raising $15 billion in an unspecified amount of time.

In other cities around the world, congestion pricing has proven effective at reducing vehicle use. London launched its system in 2003 and traffic has dropped by over 15 percent. More than 15 years later, London’s car surcharge has increased to around $15 per car, and if anything, critics say it doesn’t go far enough.

Charging cars about the price of a fully -loaded Chipotle steak burrito to enter the densest urban environment in America isn’t an all-out, breakneck, emergency-level mobilization on climate change — but it’s a start, and it will be an important testbed for expanding the common sense policy nationwide.