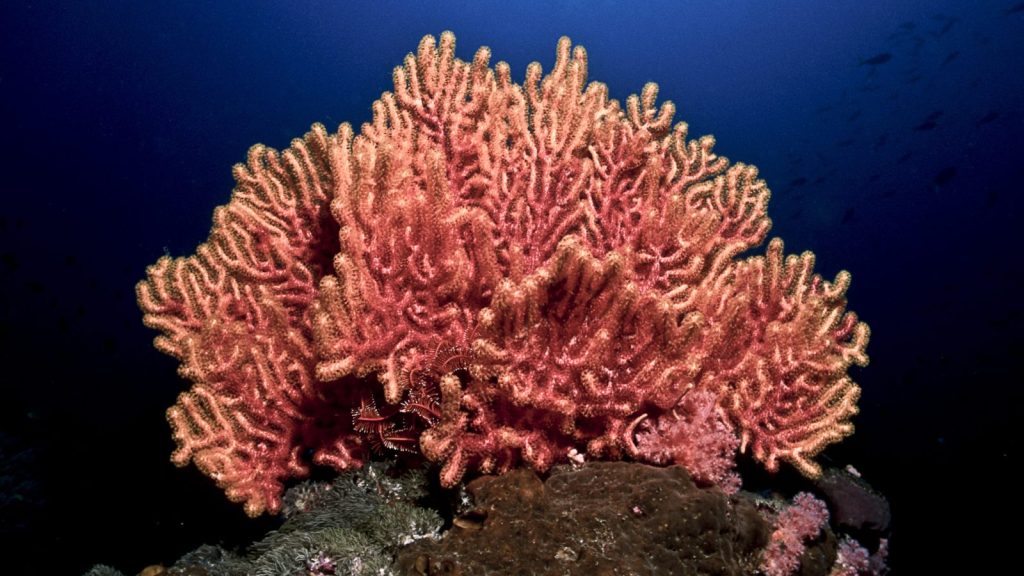 Every December, experts at the Pantone Color Institute comb through the world’s Rolodex of hues to determine the color of the next year. 2019, they have decreed, is the year of “Living Coral.” The “living” part is important: Dead coral is white, which hasn’t even earned a spot on the color wheel, let alone color of the year.

The announcement, much awaited by those fashionable enough to care, comes a little over a month after a monumental United Nations climate report found that the world’s coral reefs may experience a mass die-off as soon as 2040. Already, half of Australia’s 1,400 mile-long Great Barrier Reef has perished in bleaching events. Coral reefs are the bedrock of diverse coastal ecosystems, so a massive coral wipeout could also lead to the disappearance of other rare colors found among aquatic species.

What’s the purpose of memorializing the hues of a dying planet? As Slate’s Christina Cauterucci pointed out, the selection “feels like a troll directed at a planet rapidly growing inhospitable to the many organisms that call it home.”

Pantone’s announcement states, “In its glorious, yet unfortunately more elusive, display beneath the sea, this vivifying and effervescent color mesmerizes the eye and mind.” Living Coral’s retreat from the real world might be exactly why some find it so vivifying. The choice carries a whiff of ecotourism — the word for when travelers flock to the world’s disappearing landscapes, such the quickly melting glaciers of Glacier National Park.

The selection also feels like a throwback to a time when colors were valued for their elusiveness in nature. Before colors could be made synthetically, dyes were derived from natural sources, and the hard-to-find hues were considered more valuable. The original purple, for example, was obtained from a small mollusk found the Phoenician trading city of Tyre. As only the rich could afford it, this delicacy of a color became associated with royalty.

There’s a critical difference between Living Coral and the purple of mollusks: Coral isn’t meant to be so rare.

The color has a long history. “By the late 14th century it was recognized as a shade of red, from coral that was found in the Red Sea,” says David Kastan, an English professor at Yale and the author of the book On Color. “Shakespeare, for example, several times refers to ‘coral lips’ or a ‘sweet coral mouth.’”

Now that history may be nearing its end. While Pantone may have immortalized Living Coral in 2019’s most fashionable throw pillows and sweaters, crowning it color of the year seems unlikely to help the actual living coral that spans the sea.