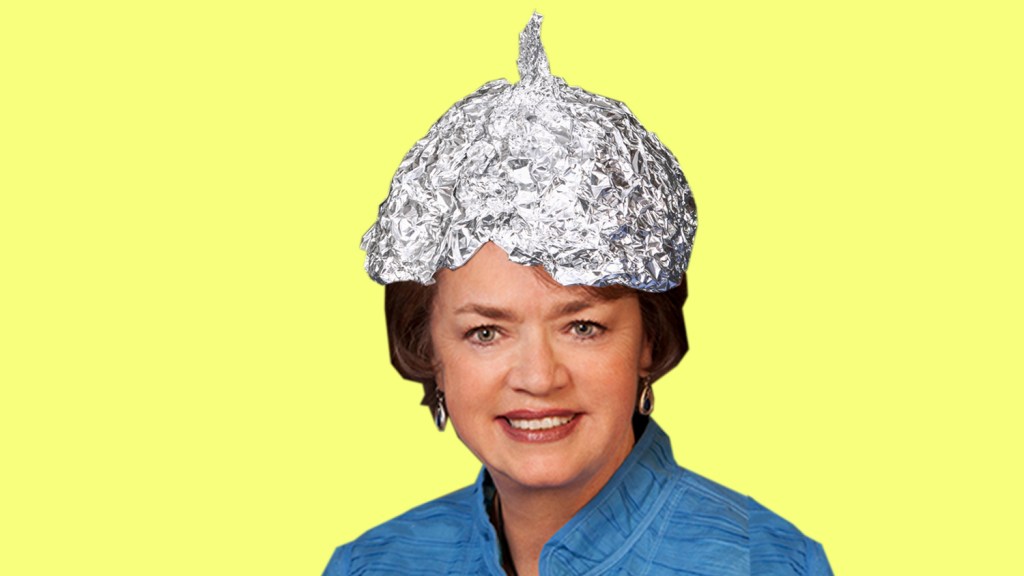 Today in Utah news, two state lawmakers accused the EPA — yes, the agency tasked with protecting the environment — of purposefully releasing 3 million gallons of toxic wastewater into the Animas River.

Utah’s Sen. Margaret Dayton (R) and Rep. Mike Noel (R) have no evidence for their claim — it’s more of a feeling, really — but the two have asked the state Attorney General Sean Reyes to investigate anyway.

“When you went to visit, were you able to discern whether or not there’s any truth to the fact that this was an accident on purpose so they could qualify for Superfund money or if this really was an accident accident?” Dayton asked Attorney General Reyes at a meeting Tuesday.

While it is true that EPA workers released the polluted water into the river while monitoring an old mining site that had been left contaminated decades before, it was pretty obviously just a fuck-up, not a scheme to get the area designated as a Superfund site, as the paranoid lawmakers suggest.

Reyes said he would inquire into the matter when he visits with EPA officials at the mine Wednesday to assess the spill site, but a Salt Lake City environmentalist blasted Dayton and Noel’s claim as “ridiculous, unprofessional, paranoid nonsense.”

Zach Frankel, executive director of the Utah Rivers Council, noted that environmental activists agree EPA holds a lot of blame — for causing the release and for its slow response to it — but he believes Noel’s suspicion is misplaced.

“To deliberately cause this would not only violate the Clean Water Act, there would be a whole set of criminal charges that could be filed,” Frankel said in an interview.

He challenged the lawmakers to channel some of their outrage toward oil companies that contaminate Utah rivers.

“A year ago when an oil company polluted the Green River there were so many state interests willing to look the other way, but when EPA does it, suddenly it’s a conspiracy,” Frankel said.

In response, Sen. Dayton wrapped her head in tin foil around and blamed the EPA for 9/11 — which she is pretty sure was an accident on purpose and not an accident accident.