Paris Agreement has gone up in smoke, new paper says 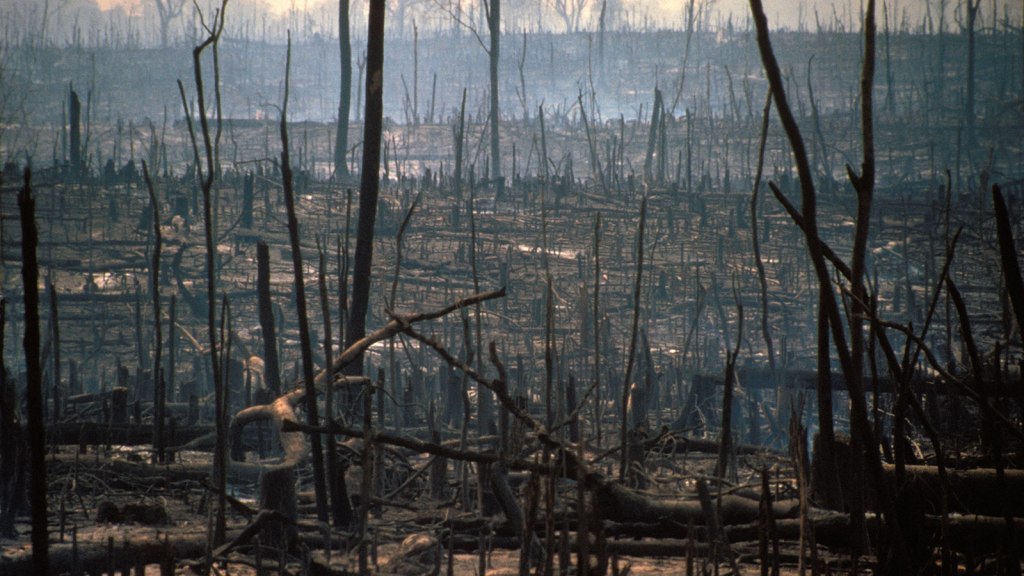 Paris Agreement has gone up in smoke, new paper says

Forget about us only having “12 years to reverse climate change” — the slogan picked up from a recent report — a new paper says that we are already too late to stop 1.5 degrees Celsius of warming. That is, if we’re hoping countries somehow live up to the commitments made under the Paris climate agreement.

And while that’s no big surprise to climate wonks, it nonetheless ranks high in the most-depressing-things-ever contest.

The paper in Nature Climate Change focuses on the Paris Agreement’s targets for “land use change.” Translation: farming in ways that sequester carbon, growing new trees and stopping deforestation. This stuff really matters because lots of countries’ pledges depend on these efforts. The European Union’s member states, for instance, rely on land use change for “up to 40 percent reductions in greenhouse gas emissions by 2030,” the authors pointed out.

(Just as an aside, this paper was published as a “perspective,” which means it’s more of an evidence-based viewpoint. It’s not all-caps FACT, but it is a persuasive argument by scientists backed up with tons of citations.)

It’s no surprise that the voluntary commitments made in 2015 might not save the world. And commitments on land use are especially tricky because they take a long time to work.

It takes decades to grow a forest. And the authors of this paper point out that it also takes a long time to put policies in place and get the locals who manage the land to sign on. For instance, Brazil’s low-carbon agriculture program has only gotten 0.5 percent of that country’s farms to sign up since 2010.

Even when land managers do sign on and make changes, there are unintended consequences. Farmers around the world have begun growing corn, soy, sugar, and palm oil to turn into biofuels that replace petroleum. But this “fix” has led to increased deforestation, in some cases doing more harm than good.

Finally, the authors argue, there’s the inescapable fact that since the Paris Agreement, deforestation has increased in many places that promised steep reductions. Deforestation “increased by 29 percent between 2015 and 2016 in Brazil and by 44 percent in Colombia.” Even worse:: “The rates of primary forest loss in the Congo and Indonesia are now 1.5 and 3 times the rate in Brazil,” they note.

The authors argue that we need to replace the Paris Agreement with an international climate policy that can lead, or even supersede the policies of individual countries. How would we get this global supergovernment? Is this where the nightmares of right-wing extremists come true? Would it be like a bigger European Union? The authors don’t elaborate.

But it would presumably take a helluva lot of climate-related catastrophes to motivate its creation. Like we said at the top, depressing!