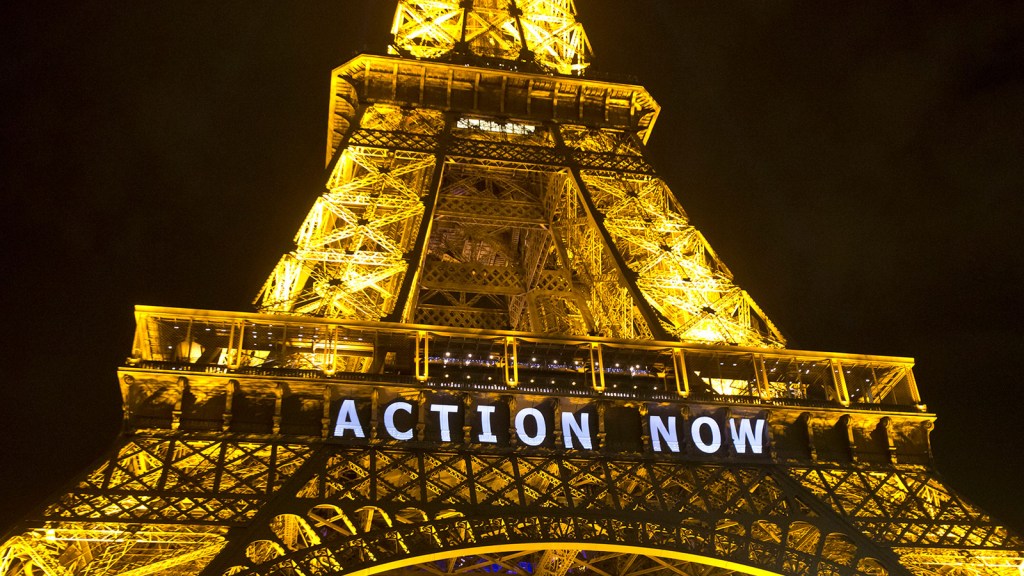 In almost exactly a year’s time, nearly 200 countries will have the chance to go back to the drawing board and make revisions to their Paris Agreement commitments. It sounds boring, but those voluntary commitments are pretty much the only global tool humanity currently has at its disposal to fight the looming climate crisis. What these countries decide to do when they get together in Glasgow next November to update their commitments will quite literally determine whether the planet devolves into a climate-wrecked hellscape or starts tracking a far more livable course.

A new U.N. report published on Tuesday, a week before many of those nations gather in Madrid for an annual climate change conference, shows exactly what the world needs to do to avoid catastrophic warming. Spoiler alert: it will not be easy.

The report says that nations need to make their emissions-reductions goals five times more ambitious in order to limit warming to 1.5 degrees C — the threshold scientists say is the danger line for global warming. Even if all of the countries involved in the Paris Agreement bring emissions down to the levels they initially pledged to meet, the world would still be on track for 3.2 degrees C of warming. That’s 5.76 degrees F, a scenario that would make the wildfires, hurricanes, heat waves, and droughts of 2019 look like child’s play.

The worse news is that many of the world’s biggest emitters aren’t even on track to meet their Paris accord pledges. Members of the G20, which includes 19 countries and the EU, produce 78 percent of the world’s greenhouse gas emissions. Of those countries, only China, the EU, India, Mexico, Russia, and Turkey are on track to meet their nationally determined contributions to the Paris Agreement. Meanwhile, Australia, Brazil, Japan, Canada, the Republic of Korea, South Africa, and the United States of America — which is in the process of pulling out of the agreement — need to take stronger action to achieve the targets that they voluntarily set in 2016. (There’s conflicting data on whether the remaining G20 members are on or off track.)

All these countries need to revise their targets significantly in 2020 and then start actually meeting their targets to “close the emissions gap” and avoid a terrible warming scenario. Inger Andersen, the executive editor of the U.N. Environment Programme and the lead author of the report, gives humanity two options: “set in motion the radical transformations we need now, or face the consequences of a planet radically altered by climate change.” Those radical transformations she’s talking about involve cutting emissions 7.6 percent every year between 2020 and 2030 if we want to limit warming to 1.5 degrees, or 2.7 percent per year if we’re willing to resign ourselves to 2 degrees of warming.

It would be the understatement of the century to call these objectives daunting. Luckily, the report lays out exactly what each country in the G7 can do to help achieve those cuts. The United States, for one, can put a price on carbon, shore up fuel efficiency standards for new cars, and implement clean building standards so developers build more efficient buildings. It can also regulate its power plants better and work toward a carbon-free electricity sector. China and India can ban coal-fired power plants, invest in public transit, and work toward zero-emissions cars and buildings. The E.U. can stop investing in fossil fuel-powered infrastructure, cut the natural gas cord, phase out its coal-powered plants, ban combustion-engine vehicles, and retrofit existing buildings to make them cleaner.

Here’s the good news: several G20 members have said they aim to achieve net-zero emissions by mid-century. In the U.S., many presidential candidates are running on platforms that include that ambitious goal. Furthermore, the technology to accomplish the recommendations laid out in the report already exists. What nations need now is the political willpower to make it happen. “We have to learn from our procrastination,” Andersen writes. “We cannot afford to fail.”