Prepping for the Seattle Squeeze? Here are 10 rules of bus etiquette 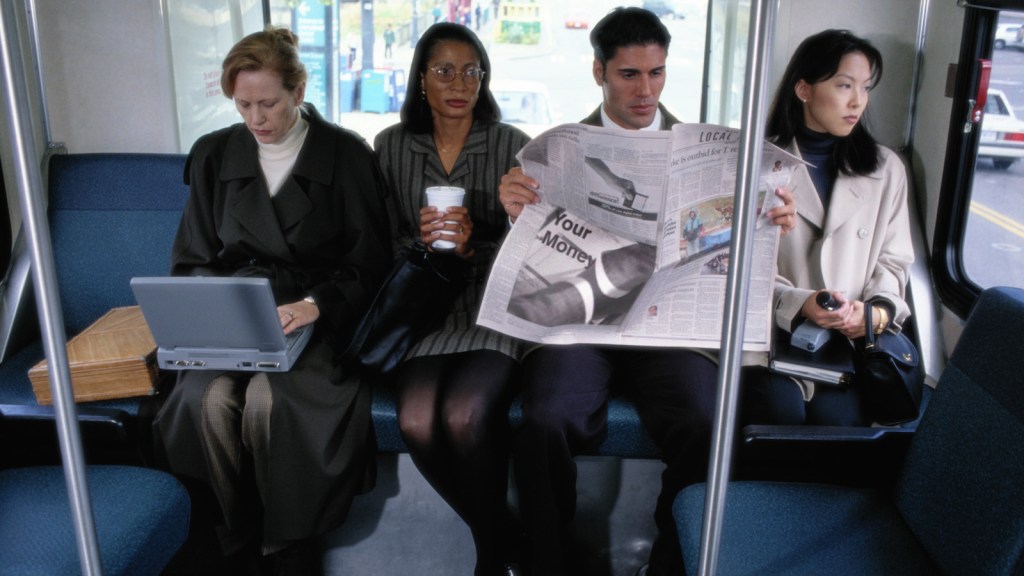 Prepping for the Seattle Squeeze? Here are 10 rules of bus etiquette

As a national news organization, Grist generally avoids hyper-local issues. Other than our Seattle office and entire aesthetic as an organization, we’re so much more than just Pacific Northwest! But with the Alaskan Way Viaduct literally feet away from our office windows, we couldn’t help but notice: VIADOOM IS UPON US.

When that hazardous downtown highway closes for good Friday night, Seattle will officially enter what’s known by traffic wonks as the “Period of Maximum Constraint” and what the rest of us call the “Seattle Squeeze.” It’ll exacerbate our already shitty tech-boom traffic, adding hours to typical congestion times and totally ruining everyone’s single-car lifestyles …

Which brings us to the diamond in the concrete: The Seattle Squeeze might just expose a whole bunch of Seattleites to the joys of public transportation. Even the Seattle Times offered up a (hilariously titled and simple) guide to transit. But we know that you know how to Google a bus stop location. What about some of the more thorny issues of etiquette that go beyond the be-fleeced Seattle streets? Transit rookies, we’re happy to have you — let’s keep it that way.

Want more inspiration for giving up that single-car lifestyle? Watch our video on how you could save money and get healthier: