Psst, Trump. Acting on climate change is a great deal for the U.S. 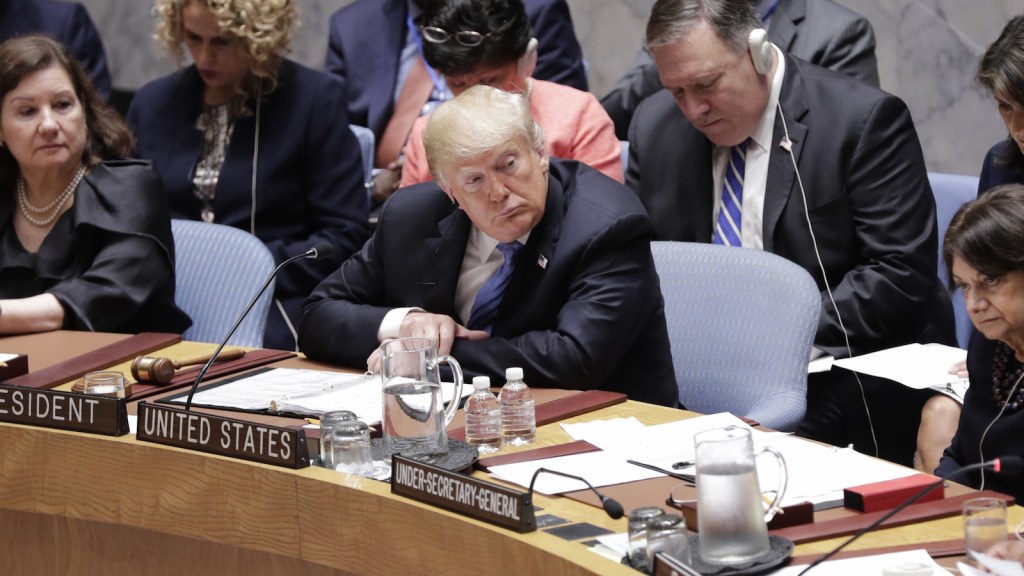 Psst, Trump. Acting on climate change is a great deal for the U.S.

On Tuesday, President Trump gave a speech to the U.N. General Assembly reiterating his deep-seated fear of America losing its “sovereignty” in global agreements. It’s a familiar sentiment from Trump — last year, he withdrew from the Paris Accord on the grounds that it would put the U.S. at a “debilitating and tremendous disadvantage” and would be a “self-inflicted, major economic wound” for the country.

However, Trump’s claim that investing in efforts to lower greenhouse gas emissions will cripple the American economy doesn’t really hold up. In fact, the United States is among the top nations that have the most to lose financially when it comes to not acting on climate change, according to a study published Monday in the journal Nature Climate Change.

The cost of our climate inaction? $250 billion per year, according to calculations by researchers at the University of California in San Diego.

Here’s how they arrived at that number. The researchers looked at climate models and the relationship between temperature and economic output. They were able to estimate the financial damage from a ton of carbon (a figure known as “the social cost of carbon” or SCC) in individual countries. Lead author Katharine Ricke describes these calculations as the tab for the “self-inflicted damage” from climate change. The researchers found that in the U.S., the SCC is $48 per ton of carbon dioxide. So, since we’re generating 5 billion metric tons of CO2 pollution a year in the U.S., we’re looking at a massive bill.

The EPA also uses the SCC to weigh the costs or benefits of a climate policy — albeit, a lower social cost by the Trump administration’s estimations. Last month, the administration argued that the SCC should be at about $1 to $7 per ton of CO2. According to the EPA, this metric reflects “net agricultural productivity, human health, property damages from increased flood risk, and changes in energy system costs” — essentially all the ways climate change makes our lives more costly and miserable. By lowering that estimate, the Trump administration can better justify environmentally harmful policies.

Ricke, a professor at UC San Diego’s Scripps Institution of Oceanography, hopes this study will help demonstrate that the U.S.’s SCC is actually much higher than Trump’s figure — and that acting on climate change is what is actually in the country’s self interest. While climate change is expected to pan out poorly for most, there were few countries in colder regions — notably Russia — that might end up benefiting economically.

Earlier this year, researchers from Stanford found that fighting climate change could lead to trillions in economic benefits for the world. They calculated how temperatures could impact overall economic output and found that “in cooler places, a warm year leads to more economic growth and in a warm country, a warmer year leads to less economic growth,” according to Ricke. The UC San Diego, team built upon those findings to show the toll of carbon emissions on individual countries.

It short, the study just made it more abundantly clear that putting “America first” also requires a little global cooperation to make sure the planet doesn’t go up in flames.