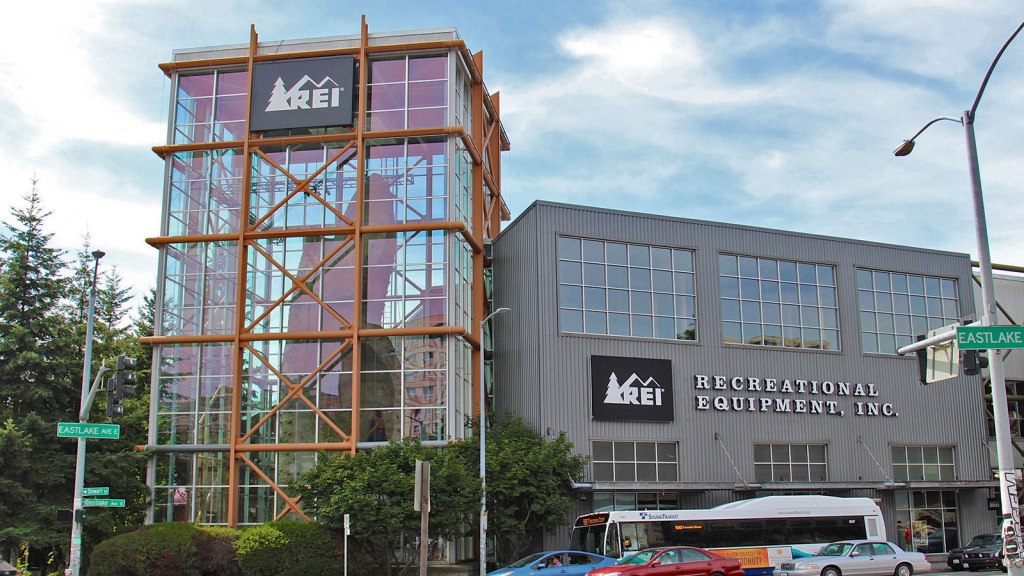 Not familiar? Picture a Pamplona-style running of the bulls the day after Thanksgiving, but instead of running from giant horned cattle in narrow city streets, imagine hoards of Americans running toward giant sales in suburban shopping malls. (And like the running of the bulls, the tradition is surprisingly dangerous. There have been seven Black Friday shopping-related deaths and many injuries since 2006.)

Black Friday has also long been the focus of anti-consumerist protests like Buy Nothing Day (and was the target of a nation-wide Black Lives Matter protest last year). This year, however, at least one store will voluntarily be keeping the doors locked and the security shutters drawn: Outdoor retailer REI has announced it will close on both Thanksgiving and the American horrorday known as Black Friday.

CEO Jerry Stritzke told CNN that the store will close on Black Friday in the hope that people will get outside and actually use the products REI sells every day. “The idea of being out on a mountain and maybe finding some snow is pretty awesome,” Stritzke said, adding that this will be a paid holiday for REI workers.

The idea of opting out of capitalism’s biggest day of the year is pretty awesome as well — but is it smart? “When you close on one of the busiest days of the year, it’s going to cost you money,” Stritzke told CNN. But REI’s unique business model allows the company to make decisions that aren’t always best for the bottom line: REI is a 76-year-old co-op, and instead of shareholders, it has “members,” who pay a one-time fee to join and receive an annual dividend. From CNN:

Members account for about 90% of the company’s sales, Stritzke said, and keeping their loyalty means focusing on what they care about.

“This business centers [on] the outdoors,” he said. “Thus, we can do something like close our doors on Black Friday, and we’ll have the membership that’ll think that’s cool.”

Stritzke said that it’s more valuable for REI to bring in new, passionate members than to compete for holiday bargain hunters.

That mantra has worked for REI. With 5.5 million members, it’s the nation’s largest retail co-op and has seen two years of double-digit growth.

REI isn’t the only company that wants to you buy less and get out more. Patagonia placed an ad in the New York Times in 2011 with an image of one of their best-selling jackets with the message, “Don’t buy this jacket.” It read:

It’s Black Friday, the day in the year retail turns from red to black and starts to make real money. But Black Friday, and the culture of consumption it reflects, puts the economy of natural systems that support all life firmly in the red. We’re now using the resources of one-and-a-half planets on our one and only planet.

Because Patagonia wants to be in business for a good long time – and leave a world inhabitable for our kids – we want to do the opposite of every other business today. We ask you to buy less and to reflect before you spend a dime on this jacket or anything else.

Of course, it’s also good marketing: Bloomberg reported that after the Times ad, annual sales grew almost 40 percent in the following two years. Not bad for a company telling you not to buy its product. Will this reverse psychology work for REI too? Maybe. Either way, we all win when you buy less shit.