Relax, The Day After Tomorrow isn't going to happen, like, tomorrow 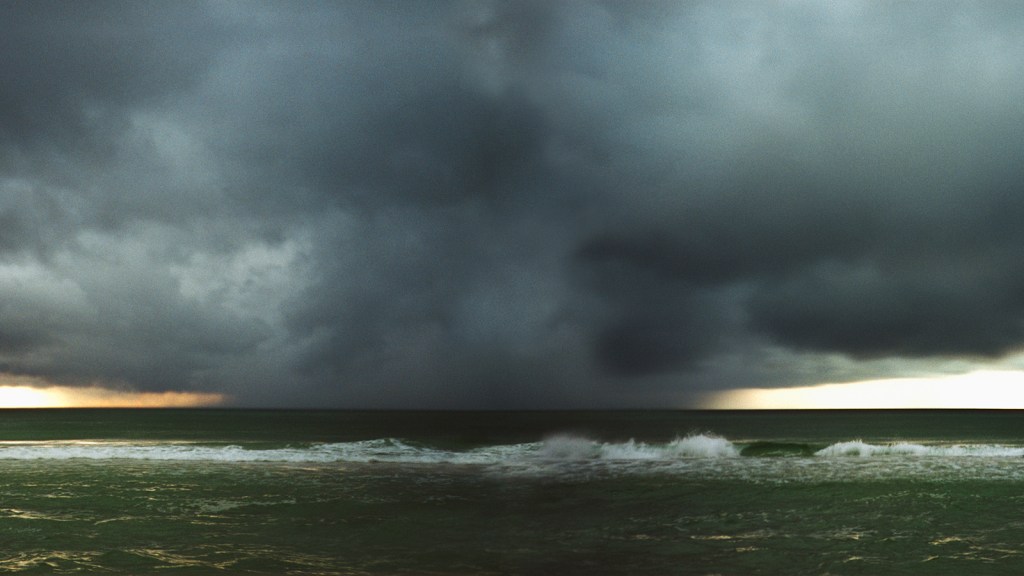 Relax, The Day After Tomorrow isn’t going to happen, like, tomorrow

Back in 2004, the blockbuster disaster film The Day After Tomorrow introduced the world to the important role that the Atlantic Ocean’s circulation might play in kicking climate change into overdrive. The ocean’s heat-transport system collapses in the movie, unleashing a tidal wave on New York City, spawning continent-sized superstorms, and freezing much of the Northern Hemisphere.

More than a decade later, mainstream science is still fighting the popular perception that abrupt climate change might just happen one afternoon — a ridiculous notion that skews our perception of the massive real-world consequences climate change is already bringing.

Problem is, there’s a thread of truth to that movie’s skewed premise: We know the Atlantic’s circulation is slowing down. And we know it’s expected to slow down in the future because of climate change. But the evidence of a catastrophic collapse anytime soon remains extremely tenuous.

This week, two teams of researchers published new evidence in the journal Nature that the Atlantic Ocean’s circulation is now at its weakest in at least the past 1,600 years.

Taken at face value, this news is troubling. If the Atlantic’s circulation continues to slow dramatically, it would mean changes in European weather, drought in central and west Africa, fluctuations in hurricane frequency, and sharp rises in sea level on the east coast of the United States as ocean water from the wind-driven Gulf Stream current piled up without an escape route.

Dig further, however, and you’ll find that there are reasons not to lose too much sleep over a looming ocean-triggered apocalypse.

The initial wave of news coverage this time around has been predictably dire, even for jaded journalists routinely confronted with the possibility of climate-induced civilizational collapse.

Take this line from the Washington Post’s coverage: “The Atlantic Ocean circulation that carries warmth into the Northern Hemisphere’s high latitudes is slowing down because of climate change, a team of scientists asserted Wednesday, suggesting one of the most feared consequences is already coming to pass.” Others went further: “Gulf Stream current at ‘record low’ with potentially devastating consequences for weather, warn scientists,” read a headline in The Independent.

Deep breaths, people. The truth isn’t quite so scary.

For starters, these results aren’t especially new. Similar work in 2015 showed largely the same thing — a slowdown coinciding with the rise of industrial civilization. Sure enough, a persistent cool spot has started to appear over the North Atlantic in recent years, just south of Greenland, exactly where we’d expect one if a slowdown was underway.

In phone and email conversations with Grist, the lead authors of both papers as well as outside experts strongly cautioned against making too much of the new research.

“I would not call it a global catastrophe,” says Levke Caesar, a physicist at Germany’s Potsdam Institute for Climate Impact Research and lead author of the first paper.

David Thornalley, a geographer at University College London and lead author of the second paper, mostly agrees. He says the best data available suggests that most likely the Atlantic Ocean’s circulation will gradually weaken over the next century. While that doesn’t rule out a collapse scenario, he says, “We don’t know how close we are to a tipping point.”

Other experts who study the Atlantic Meridional Overturning Circulation (AMOC), the scientific name for this phenomenon, say that recent news coverage has twisted their colleagues’ work out of context.

Isabela Astiz Le Bras, a physical oceanographer at Scripps Institution of Oceanography in San Diego, says that direct measurements of the AMOC taken over the past 20 years “do not reflect the reported trends” that media coverage has latched on to. That’s partly because the new papers rely on indirect approximations, or proxies, of the AMOC.

“It seems like the uncertainty has been underplayed in the media, and the implications blown out of proportion, which is unfortunate,” Le Bras says.

Martha Buckley, an oceanographer at George Mason University, goes even further. She disputes the claim that the circulation has slowed down primarily as a result of climate change, mostly because there just isn’t enough evidence yet.

“I do not believe the framing of this research as a global catastrophe is supported by the science,” she says. “Furthermore, I believe it detracts from the imminent and certain impacts of climate change, such as sea level rise, more heat waves, melting of ice, and ocean acidification.”

Setting aside possible human influence, the strength of the AMOC varies a lot naturally. David Smeed, an oceanographer at the National Oceanography Centre in Southampton, United Kingdom, is the principal investigator for the leading effort to directly measure the AMOC, which he and his colleagues began in 2004.

“From our measurements that we make, so far what we’ve observed is consistent with natural variability,” Smeed says. “To detect an anthropogenic change, when we compare with the climate models, we realize that we need to measure a lot longer before we’d be able to detect that signal.”

At an international scientific meeting this summer, researchers will present their latest results and hash out their differences.

There is evidence that a sudden slowdown has happened before, about 30,000 years ago, an era defined by stronger storms and sudden sea-level rise. Another collapse would take years — not hours as in The Day After Tomorrow — and Buckley says not a single model predicts this scenario for this century without invoking simultaneous collapses in other climate systems, like the Greenland ice sheet.

But precisely because the AMOC has collapsed relatively quickly before, Thornally says, it’s worth worrying about now, especially because man-made climate change is creating “the right conditions for it to happen” — even if those conditions haven’t been met yet.

The media, says Thornalley, are “right to flag it as something that is potentially catastrophic, though catastrophic obviously in a different way than in a movie.”