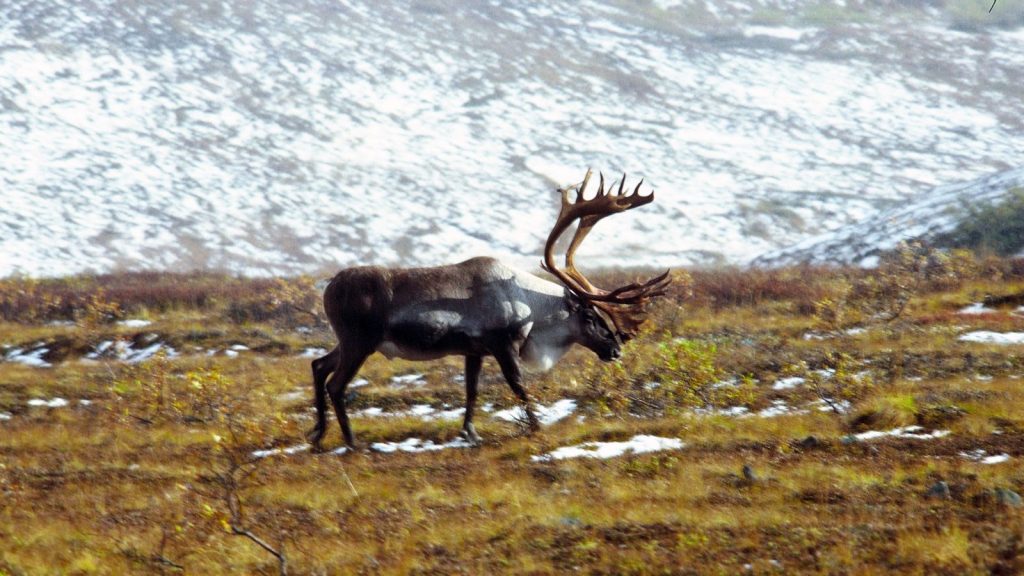 The fate of the ANWR has been a decades-long tug-of-war between Republicans and Democrats, with the right seeing the massive oil reserves within the park as a source of revenue for Alaska and the country, and the left insisting on preserving the land, which supports hundreds of bird species, arctic foxes, caribou, and polar bears. First designated a “wildlife range” in 1960 and then later a refuge in 1980, the land is also home to the Native Alaskan Gwich’in tribe, which relies on the land for subsistence.

“The Arctic National Wildlife Refuge is one of the crowned jewels of our public lands,” Ana Unruh Cohen, the director of government affairs at the Natural Resources Defense Council, told Mother Jones last week when the tax bill was still being considered. “Drilling there would totally mar this beautiful place.”

The ANWR measure was added to the tax bill late last month in an effort to secure the vote of Alaskan Republican Senator Lisa Murkowski, who had crossed party lines to oppose the Obamacare repeal in July and hadn’t yet committed to supporting the tax bill. The move worked; after the vote, Murkowski said in a statement that the bill’s passing was a “critical milestone in our efforts to secure Alaska’s future.”

Murkowski’s prediction, though, is an optimistic one. The Congressional Budget Office (CBO) has estimated that drilling in the ANWR would raise $1.1 billion for the federal government over the next 10 years and another 1.1 billion for Alaska over the same time period. This would, in theory, help offset the unprecedented cost of tax cuts proposed in the bill, which is estimated to add a whooping $1.4 trillion to the national debt over the next decade.

But experts warn that the CBO’s estimates are off — by a lot. According to data prepared for the nonprofit Alaska Wilderness League by David Murphy, an assistant professor of environmental studies at St. Lawrence University, and analyzed by Bloomberg, the federal government is actually likely to raise less than a fifth of that 10-year goal, or about $145 million. This lower estimate is based on historic sales in the region; the average bid for drilling along Alaska’s North Slope since 2000 is $194 per acre. So, bids for ANWR land would need to be nearly seven times higher than that in order to match the $1.1 billion federal estimate.

The problem with the CBO estimate is that it’s based on the size of all recoverable oil reserves in the 1.5-million-acre section of the ANWR that would open for drilling (thought to contain between 4.3 and 11.8 billion barrels according to the United States Geological Survey). It also uses long-term oil prices of $70 per barrel (prices Tuesday were at about $57) and the estimated cost of production in the region. In a November report, the CBO says their estimates are “uncertain,” and “potential bidders might make assumptions that are different from CBO’s, including assumptions about long-term oil prices, production costs, the amount of oil and gas resources in ANWR, and alternative investment opportunities.” The CBO does not provide a margin of error in their calculations.

“[The CBO] doesn’t explain any uncertainty about this [$1.1 billion] number — and legislation is being drafted around it. This would never pass muster in an academic journal,” Murphy tells Mother Jones.

Findings from both the Audubon Society, a nonprofit conservation organization and the Center for American Progress, a left-leaning think tank, similarly diverge from CBO estimates, but predict that oil and gas drilling would yield even lower numbers than Murphy suggests, at just $37.5 million over the next decade. They hinge their estimates on the average bid per acre since 1999 in the much larger, neighboring National Petroleum Reserve (an area already allocated for oil and gas leasing), which is just $50 per acre.

“Opening the Arctic to drilling as part of this tax plan is simply shameful. The Arctic Refuge isn’t a bank — drilling there won’t pay for the tax cuts the Senate just passed,” National Audubon Society President and CEO David Yarnold said in a statement just after Saturday’s vote.

Throwing even more confusion into the situation, when the Trump administration released its 2018 fiscal budget report in May, it claimed said that drilling in the ANWR would raise a staggering $1.8 billion over the next 10 years, but didn’t provide reasoning for the estimate in the report.

Beyond this uncertainty on how much drilling would actually deliver into state and federal coffers, the bigger issue might be that it’s not even clear if oil companies still want and are willing to drill in the ANWR — a contentious and also costly site for oil extraction. Due to differences in how the oil is held in the ground, oil production in the Arctic costs, on average, $78 per barrel, while production in the lower 48 states ranges from $40-60 per barrel, according to Murphy’s analysis. Moreover, there is no existing oil extraction infrastructure located on the reserve, and building wells from scratch would cost, on average, more than $6 million per well, according to data from the U.S. Energy Information Administration. That doesn’t even take into account the headache that environmentalists and natives-rights activists could create for oil companies, if not potentially costly litigation.

Of course, this not to say that oil drilling won’t occur there. “It’s a much smaller area [than the neighboring Petroleum Reserve] with a large amount of oil,” so drilling in the reserve would likely be fruitful, says Murphy. “Talk about throwing darts at a board … If it’s opened up, I’m sure companies will bid on it.” And drilling there could still be profitable for companies, despite the higher cost of drilling in the Arctic. Still, the Petroleum Reserve may prove to be a safer option for oil companies, which would have access to existing infrastructure and less pushback from advocacy groups that oppose drilling in the ANWR.

“We have a significant position now that’s close to where we have infrastructure and a long history of strong operating capability,” said Al Hirshberg, the executive vice president of production, drilling, and projects for ConocoPhillips, in a statement. The company leases about 70 percent of the Petroleum Reserve’s sold acreage, and recently discovered a store of 300-million barrels of oil in the reserve. The company tells Mother Jones they “would consider” operations in the ANWR, but it sees “tremendous potential” in the Petroleum Reserve and remains “focused on our projects and exploration plans there” — a statement similar to what the company shared with Bloomberg.

Finally, there’s still a lot of unleased land left in the Petroleum Reserve. According to the Bureau of Land Management, over half of the reserve was still available for leasing as of August 2017.

It remains to be seen if the ANWR provision will remain in the tax bill once the Senate and the House finish reconciling their versions of the legislation. But even then, it is unlikely to be the cash cow Republicans are relying on. “Current presidential and congressional budget projections are unrealistic,” Murphy writes in his report. “It would be fiscally irresponsible to pursue this path on a budget justification.”