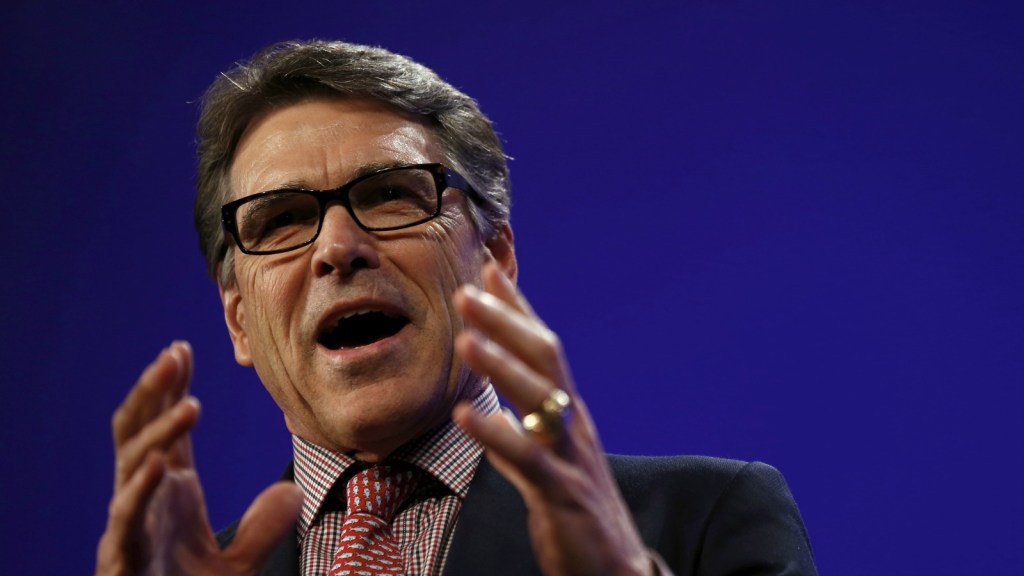 Donald Trump’s pick to run the Energy Department also happens to be the favorite politician of the company attempting to build the Dakota Access Pipeline. For the past two years, former Texas Gov. Rick Perry has held a paid position on the board of directors of Texas-based Energy Transfer Partners, the company behind the controversial project.

Native American rights activists and environmentalists have protested the oil pipeline over concerns that it could endanger water supplies and damage sacred grounds. The project was put on hold on Dec. 4 when the Army Corps of Engineers refused to issue a permit that ETP needs to complete construction. But that delay may only be temporary; even before the Perry announcement, the incoming Trump administration publicly supported the pipeline.

Perry joined ETP in February 2015, shortly after he left the governor’s office. As Mother Jones reported last summer, he kept his spot on the company’s board even as he launched a presidential campaign. According to SEC filings, ETP paid Perry $236,820 in 2015. In the past, Perry’s business entanglements would have represented an unusual conflict of interest for a presidential candidate, but in this election cycle, they were overshadowed by Trump’s massive web of conflicts.

Perry’s ties to the company proved beneficial to his brief presidential campaign last year. At the same time Perry sat on the board, ETP CEO Kelcy Warren poured millions of dollars into Perry’s political ambitions. Warren was involved in both Perry’s official and unofficial campaign organizations. He served as the official campaign’s finance chairman, and he chipped in $6 million to super PACs backing Perry. (Warren later received a partial refund when the PACs didn’t spend all of that money before Perry exited the race).

Perry has been a vocal advocate for the Dakota Access Pipeline. In early 2015 — just days before he joined ETP’s board and four months before he officially launched his presidential bid — Perry said on local Iowa TV that he favored building the pipeline, which would pass through Iowa if completed. “We probably have as safe a pipeline industry in the country as there is in the world,” he boasted.

The Energy Department plays no formal role in approving pipeline construction. But as a Cabinet-level official, Perry could have a voice in administration decisions on these areas. That’s a red flag for opponents of the project. “As a Cabinet member with presumably a significant financial stake in ETP, I think the burden should be on him to formally recuse himself from any discussions about the pipeline,” Phillip Ellis of Earthjustice, which represents activists attempting to block the pipeline, said by email.