Ryan Zinke is resigning, and the internet’s reaction is priceless 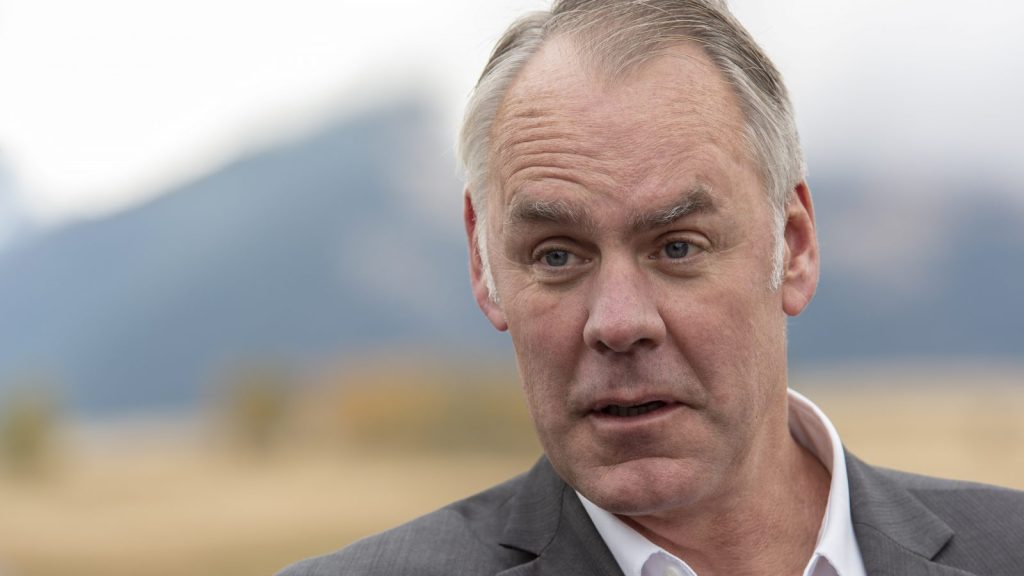 Ryan Zinke is resigning, and the internet’s reaction is priceless

On Saturday, President Donald Trump announced via Twitter that his Interior secretary, Ryan Zinke, will be leaving his position in the coming weeks.

Zinke’s tenure overseeing the nation’s public lands has been controversial and has resulted in a number of federal investigations. (He reportedly used taxpayer money to purchase a $139,000 door, for example.) A new secretary will be announced next week.

It would be an understatement to say that environmentalists and Democratic politicians were pleased to see Zinke go, and they quickly took to the internet to let him know it. In a tweet, Senate Minority Leader Chuck Schumer said Zinke was “one of the most toxic members” of Trump’s cabinet. Representative Don Beyer — a Democrat from Virginia and an outspoken member of the House Natural Resources and Science committees — called Zinke’s time in office a “never-ending stream of terrible management decisions.” And the Natural Resources Defense Council, an environmental advocacy group, tweeted, “Don’t let your $139,000 door hit you on the way out, Zinke!”

Here are some more brutal parting words from his critics:

The swamp cabinet will be a little less foul without him.

Ryan Zinke kept zero of his promises and used our public lands as handouts to his fossil fuel cronies. His welcome departure is only darkened by the fact that @Interior #2 David Bernhardt has as many conflicts of interests and spent his career working for those same interests. https://t.co/coBcFBACxS

Even Jonathan Van Ness, of Netflix’s Queer Eye, joined in.

Must be hard draining the biggest swamp of your own making huh queen? ⁦@realDonaldTrump⁩ https://t.co/z8xrODIA8E

An ethics disaster.
An environmental disaster.
We need a real conservative (as in conservationist) in this post. Federal lands are in danger because of corruption and conflicts of interest.

Ryan Zinke to leave Trump administration at end of the year https://t.co/qG46ErcH9A

Good riddance to Ryan Zinke and the horse he literally rode in on. pic.twitter.com/triFovIXPZ

Ryan Zinke’s tenure at Interior was a never-ending stream of terrible management decisions, increased exploitation of public lands, reduced protections for wildlife, total disregard for the work of scientists, and an alarming number of ethical lapses. I will not miss him.

Ryan Zinke has taken the first appropriate action of his tenure: he has resigned in scandal. Good riddance. The Senate must make sure his successor isn't even worse. #StopBernhardt

Zinke should’ve been fired long ago. From his slashing of national monuments, to his blind dash to open up America's oceans to drillers, and his all-out assault on the Endangered Species Act, Zinke leaves office with a legacy of corruption, scandal, and grift. #thankunext

Interior Secretary Ryan Zinke is the latest Trump official to exit an administration plagued by a #CultureOfCorruption.

Zinke also will be remembered for his wanton disregard for our environment + public lands.

The American people deserve better than this.