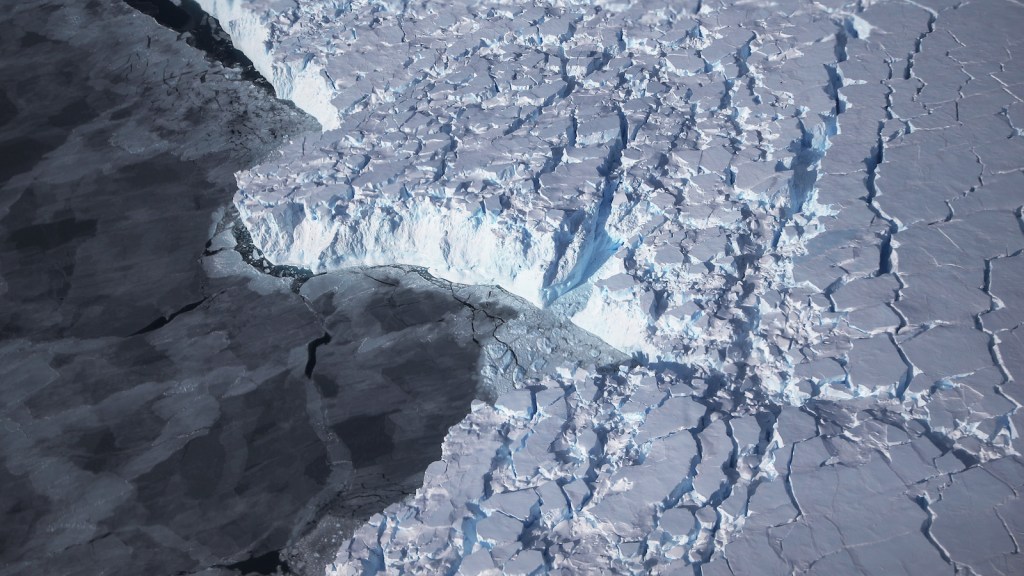 Human-made snow isn’t just good for allowing mediocre skiing conditions to continue well into May. It could save coastal cities around the world, like Hong Kong and New York City, from sea level rise, a new study found.

In Western Antarctica, ice is breaking off into the sea faster than it’s naturally replenished by snowfall due to warming ocean currents. The proposal: build tens of thousands of wind turbines in the volatile Antarctic region, which would be used to power machines to desalinate and heat ocean water. They’d make and spray trillions of tons of snow onto the West Antarctic ice sheet, destroying a unique marine ecosystem in the process, but preventing the loss of the ice sheet, which is essential to preventing sea level rise. The researchers found that spraying snow “at a rate of several hundred billion tons per year over a few decades” over an area roughly the size of Scotland would indeed stabilize the area and prevent future ice loss.

Does this sound practical? Not at all. And that’s kind of the point.

“The apparent absurdity of the endeavor [for] snow in Antarctica to stop an ice instability reflects the breathtaking dimension of the sea level problem,” author Anders Levermann, physicist at the Potsdam Institute for Climate Impact Research and Columbia University, said about the study.

Still, the researchers feel it is an essential thought exercise given the catastrophic changes that will happen if the ice sheet melts. “You can’t negotiate with physics: that’s the dilemma here,” Levermann told Reuters.

This isn’t the first time scientists have proposed near-impossible sounding feats of geoengineering to prevent some of climate change’s worst results: In 2018, researchers at Princeton proposed building huge underwater walls to hold back sea-level rise from melting glaciers. One of the authors of that study, John Moore, told Newsweek that the Antarctica snow study is an example of why many people think geoengineering is completely implausible.

But David Vaugn, a scientist at the British Antarctic Survey who was not part of the study, told the Guardian that the science is simply part of a scientist’s duty to test out climate solutions. “I think [Levermann and colleagues] tread the tightrope well, examining and challenging this idea without becoming advocates. Indeed, they are careful to point out the severe side effects,” he said.

According to the study, our future truly is bleak. Even given huge cost and effort this solution would take, it will still only save us from sea-level rise if we meet the most ambitious Paris climate target of 1.5 degrees C. Anything higher than that, and the snow scenario won’t work*.

*Correction: An earlier version of this story stated we could avoid the massive snow project if we hit the Paris goals, which isn’t the case. Bleak times indeed!