Scientists won’t debate climate science on a national stage, but cities and oil companies will 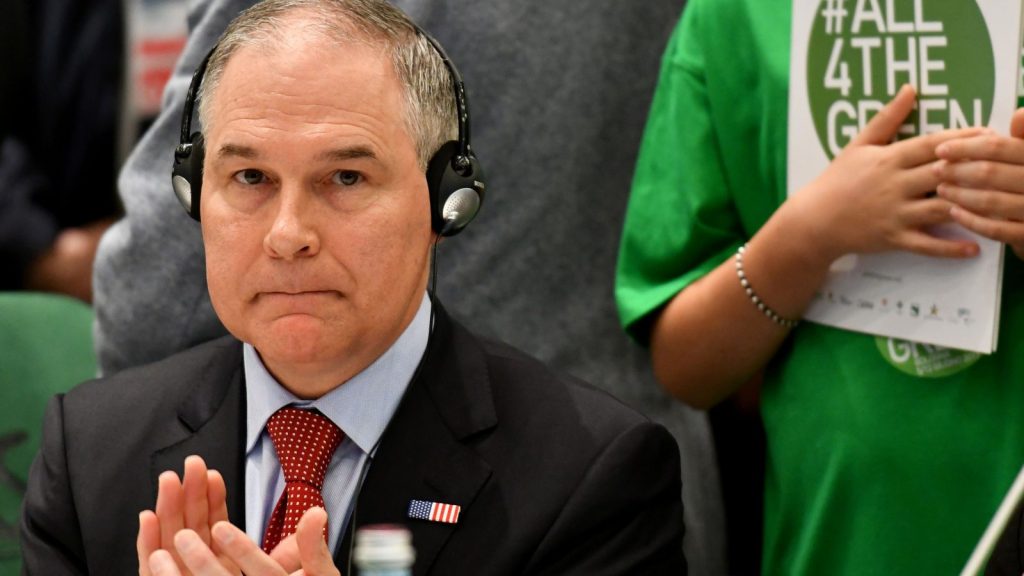 Scientists won’t debate climate science on a national stage, but cities and oil companies will

EPA Administrator Scott Pruitt had a vision: Scientists would clash onstage in a televised debate over the already-established science of climate change as one side poked for weaknesses in the others’ arguments.

That dream is now dead — at least, the EPA-sponsored version is. The New York Times reported last week that White House Chief of Staff John Kelly quashed the so-called “red team–blue team” plan after senior officials met to discuss its possibilities in December. Kelly worried the military-style display would be an exercise in futility, if not a politically dangerous spectacle.

Scientists already scrutinize one another’s work through a process called peer review. It’s critical to sound science, though admittedly it lacks the thrill of a live debate. And as was noted above: The science on climate change is already established, via mountains of peer-reviewed journal articles.

For his part, Pruitt won’t let the idea go. He was still pushing for the showdown in February, saying he wanted an “honest, transparent debate about what we do know and what we don’t know, so the American people can be informed and make decisions on their own.”

While Pruitt won’t get exactly what he wished for, a court hearing next week could end up coming pretty darn close.

Last year, San Francisco, Oakland, and other California cities sued a bunch of oil companies for contributing to climate change and covering up what they knew about it. The case, California v. BP et al., took an unexpected turn when U.S. District Court Judge William Alsup ruled that it would proceed to trial in a federal court, rather than a state court, where the cities thought they had a better chance of winning.

Alsup also made an unusual stipulation that there would be a five-hour climate change “tutorial” during a March 21st hearing in San Francisco. Both sides will have the opportunity to present evidence about the history and current science of global warming.

“This will be the closest that we have seen to a trial on climate science in the United States, to date,” Michael Burger, a lawyer at Columbia University’s Sabin Center for Climate Change Law, told McClatchy.

Like Pruitt’s favored red team, the oil companies’ lawyers are expected to emphasize the “uncertainties” over how future impacts of climate change might unfold, trying to downplay the industry’s responsibility for what’s already happening and could happen years from now.

On the other side, lawyers for San Francisco and Oakland will likely present evidence that oil industry scientists informed the companies what climate change would mean as far back as the late-’50s. Instead of sharing what they’d been told, leadership at the firms ignored the dangers and doubled down on fossil fuel production.

So, climate hawks are obviously getting excited. They’re finally getting their day in court. But New York University physicist Steven Koonin is also psyched — and he’s the very same person who conceived of the climate change debate and introduced Pruitt to the plan.

“Anybody having to make a decision about climate science needs to understand the full spectrum of what we know and what we don’t know,” he told McClatchy, unsurprisingly echoing Pruitt’s red team–blue team pitch.

Bully for Koonin, but as noted before: The science of climate change is already established. Don’t believe us? Take it from the Trump administration itself.

The Washington Post reported Monday that The National Academies had released a 1,500-page draft of its U.S. National Climate Assessment for general peer review — though 16 experts have already interrogated its findings. According to the Post, “That document found that there was ‘no convincing alternative explanation’ for climate change other than human activities such as fossil fuel burning.”