Scott Pruitt can’t escape his investigations just because he resigned 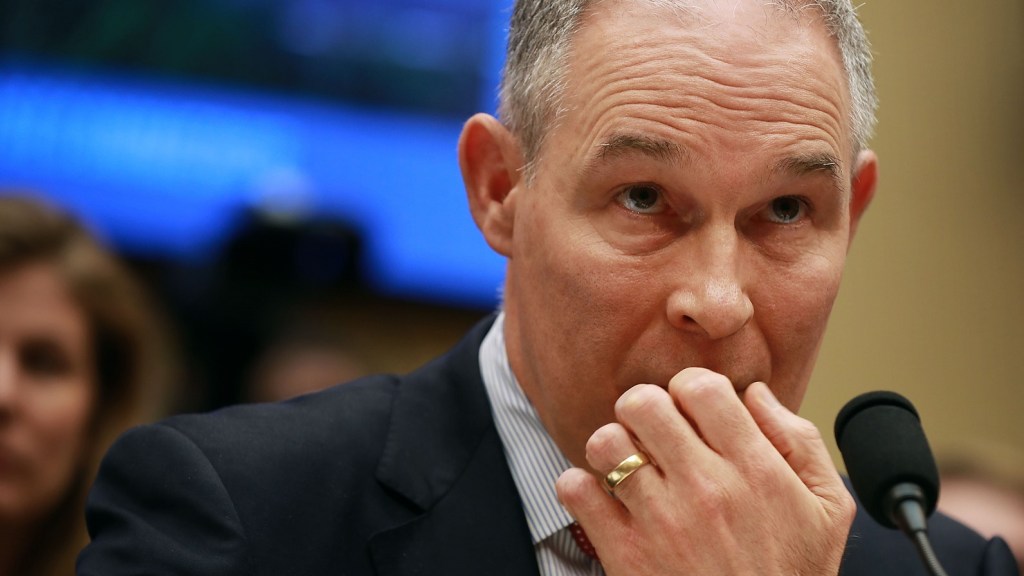 Scott Pruitt can’t escape his investigations just because he resigned

Scott Pruitt may be out at the EPA, but he left in the midst of more than a dozen federal investigations into his conduct. The bulk of these investigations are audits that the EPA’s Office of Inspector General agreed to take on. A week after Pruitt’s resignation, the OIG confirmed that these investigations won’t be ending just because Pruitt is no longer in office.

The independent EPA office will continue work on at least five audits, “all of which focus on programmatic, systemic, and/or operational agency issues,” Kentia Elbaum, a spokesperson for the OIG office, wrote in an email to reporters. Some of these audits were already examining issues that predated Pruitt’s arrival, but they have all expanded in scope to include revelations about how Pruitt deployed EPA resources. That includes whether the EPA adhered to its policies on Pruitt’s first-class flights and travel through December 2017; Pruitt’s approval of raises for two employees using the Safe Drinking Water Act; and reports of his staff deleting records that should be preserved under the Freedom of Information Act. And the two others pertain to his 24/7 protective security detail.

Three of these audits could be completed as soon as August, according to Elbaum.

Now, audits are not the same as criminal investigations. Once the office issues its findings, Pruitt would only face public embarrassment since he’s no longer employed by the agency and can’t be directly reprimanded. But a number of Pruitt’s critics have said that he is worthy of a criminal probe, given the reports that he used his public office to find a job for his wife. OIG would not comment on whether Pruitt faces a criminal investigation. “While the EPA OIG announces nearly all of our audit work, we cannot confirm or deny the existence of criminal investigations, which look for violations of law,” Elbaum said. “We can say that any criminal investigations that may have existed at the time of Mr. Pruitt’s resignation will continue.”

In May, Pruitt confirmed that he established a legal defense fund to help him through his investigations. As head of the EPA, he would have had to walk a fine line to not run afoul of ethics law in collecting his donations. Now, he’s free from those restraints.