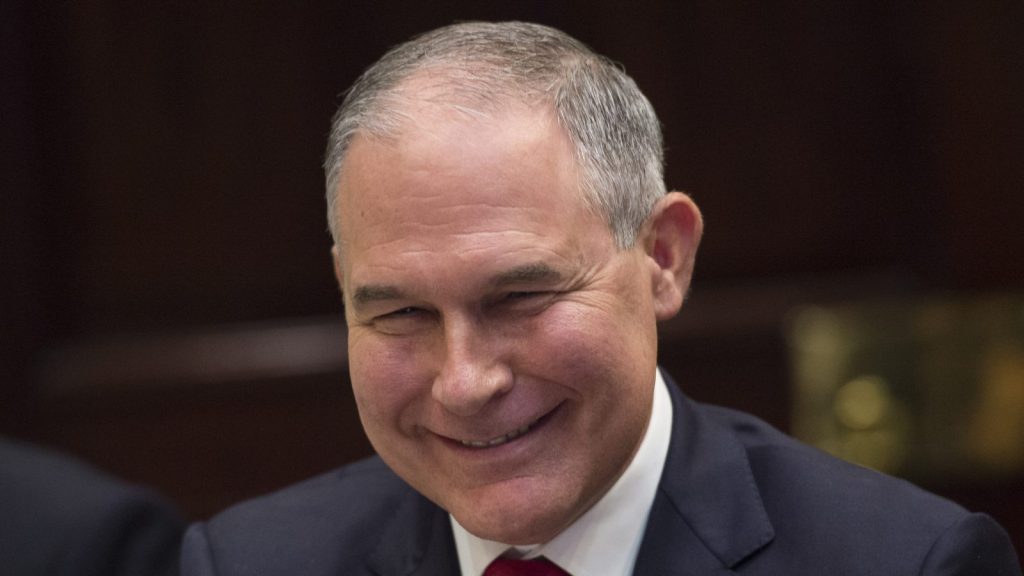 On Wednesday, EPA Administrator Scott Pruitt formally suspended the Obama-era Clean Water Rule for two years, while the Trump administration works to repeal and replace the rule with their own, industry-friendly version.

Also known as Waters of the United States (WOTUS), the rule was established by the EPA and Army Corps of Engineers in 2015. Largely celebrated by environmental groups, it expanded the protection of headwaters, streams, and 20 million acres of wetlands under the 1972 Clean Water Act. It also held farmers and real estate developers accountable for runoff pollution in streams running through their property. Over 100 parties initially challenged Obama’s rule, including business groups and some Republican officials, arguing that it was an overstep of government power.

WOTUS has been a target of Pruitt’s for years, even before he was in Washington; as Oklahoma attorney general, in 2015 he helped lead a multi-state lawsuit against the rule, calling it the “greatest blow to private property rights the modern era has seen.”

“Today, E.P.A. is taking action to reduce confusion and provide certainty to America’s farmers and ranchers,” Pruitt said in a statement Wednesday night. “The 2015 WOTUS rule developed by the Obama administration will not be applicable for the next two years, while we work through the process of providing long-term regulatory certainty across all 50 states about what waters are subject to federal regulation.”

Shortly after taking office, President Trump issued an executive order directing the EPA and the Department of the Army to rescind or revise the rule. In June, administration officials signed a proposed rule that aimed to revert environmental protection standards of water and wetlands to pre-Obama levels. A month later, it was published in the Federal Register. Wednesday’s action buys time for the administration to officially kill the rule.

As expected, environmental groups are outraged over the Trump administration’s decision to roll back WOTUS. Jon Devine, senior attorney for the Natural Resources Defense Council’s Water Program, said in a statement the action is “grossly irresponsible, and illegal — and [the NRDC] will challenge it in court.” Last year, the Environmental Defense Fund’s senior vice president for ecosystems, David Festa, said in a blog post that the Trump administration’s rationale for withdrawing the rule is “arbitrary” and “dead wrong.”