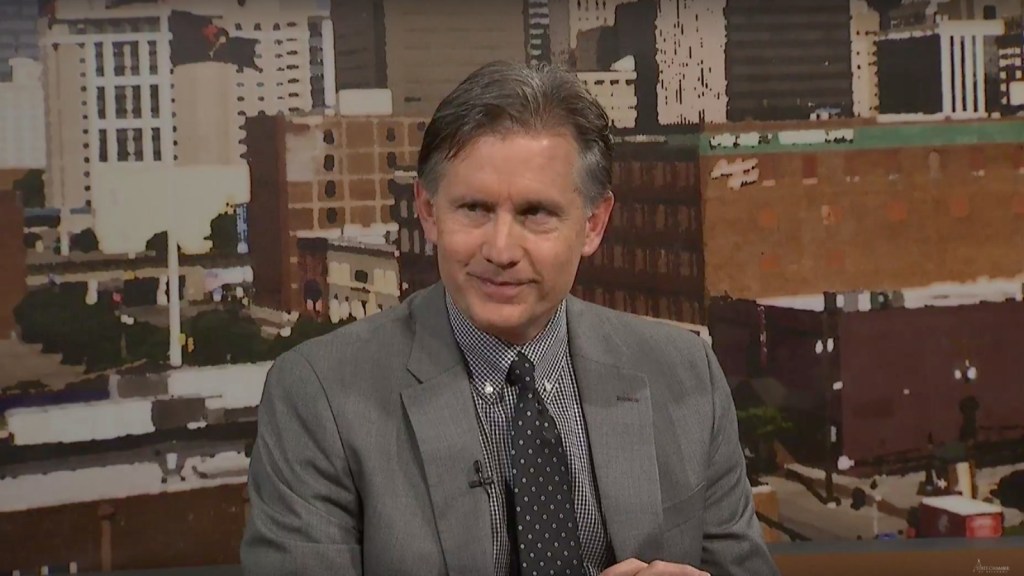 Oklahoma Attorney General Mike Hunter has some big shoes to fill when it comes to using his authority to protect the interests of the fossil fuel industry. His predecessor, current head of the EPA Scott Pruitt, made a cottage industry of suing the EPA during his time in office. With Pruitt having moved on to bigger and worse things in the federal government, the ripple effects are starting to trickle down to the state level — and Hunter is wasting no time jumping on the wave.

On Monday, Hunter, along with 11 other attorneys general and one governor from conservative-leaning states, sent a letter threatening to sue California Insurance Commissioner Dave Jones over his Climate Risk Carbon Initiative. Established in 2016, the initiative is intended to allow California residents some public insight into the extent to which their insurance companies depend on fossil fuel–based investments.

If it seems unclear what these out-of-staters have to do with how California regulates its insurance industry, that’s because it is.

Joanne Spalding, Chief Climate Counsel and Managing Attorney for the Sierra Club, was taken aback by the rhetoric and claims of the letter. Calling the letter “an intrusion on state-level policies,” Spalding said the “idea that some other state is going to come and and tell California’s insurance commissioner how to do his job is pretty appalling.”

Spaulding said that California’s Insurance Commission has every right to issue these sorts of regulations and adapt programs that cover insurance industry activity. As outrageous as the threat is, Spalding said she wouldn’t be surprised if there ends up being litigation, in no small part due to Pruitt’s past example of using similar tactics as both publicity stunts and political tactics.

The letter appears to assert that since the policy was enacted over a year and a half ago, the circumstances of the fossil fuel industry have changed as Trump, Pruitt, and the rest of the Republican power structure work to prop up fossil fuels and roll back environmental regulations. Trump has already said he intends to withdraw from the Paris Climate Agreement and the Clean Power Plan is in deep trouble. Meanwhile, Pruitt has gone on national television and made outrageous and easily refuted claims as to the number of coal jobs being created.

The AGs are ignoring the economic headwinds making fossil fuels an increasingly risky investment and the fact that insurance companies are already deeply concerned about the impacts that fossil fuel–driven climate change could have an their operations. The insurance industry faces one of the potential biggest losses of any industry due to severe weather, drought, sea-level rise, and other costly circumstances associated with global warming.

According to Brian Nowicki, the Center for Biological Diversity’s California Climate Policy Director, Jones’ actions are just the latest move by state leaders to reduce overall investments in the fossil fuel industry. For instance, In 2015, California enacted SB 185, which requires that the state’s huge public retirement systems divest from coal.

Nowicki also wonders how much the insurance industry, which appears to have gone along with the public disclosure request without too much foot-dragging, actually minds the policies.

“This is the same group of conservative attorneys general doing the bidding of the fossil fuel industry, fighting the progressive states that still want to address climate change,” he said. “I’m not sure that the insurance industry cares as much about this as the fossil fuel industry, since the insurance industry understands the downside risks that they face with the impacts of climate.”

In a statement put out along with the letter, Hunter makes his strong feelings towards Jones’ “ham-handed extremist environmental policy” clear, calling it “negligent, politically driven, unrelated to insurance regulation, and is risking a certain lawsuit.”

Jones didn’t waste any time personally responding to the letter, putting out a statement saying that threats of lawsuits are not going to stop him from making sure “that insurance companies are recognizing potential financial risks associated with climate change.”

While Hunter is ostensibly worried about “tens of thousands of Oklahoma businesses and citizens,” California has the largest insurance market in the United States.

For this reason, I asked the insurance companies I regulate to voluntarily divest from coal. I also asked insurers to publicly disclose their investments in coal, oil, gas, and utilities so insurers, regulators, shareholders, and consumers have better insight into these investments and the risks they face due to climate change.

Jones told the Los Angeles Times that California intends to continue to act based on the realities of climate science and the risks of climate change. As for the threat of litigation, he said “bring it on.”

Based on the closing remarks of Hunter’s letter, that threat is as real as climate change.

“If you continue to call for divestment and require discriminatory disclosures of fossil fuel investments,” they write, “we will be forced to consider the legal areas of relief available.”