She puts (robot) eyes on the street to keep people safer 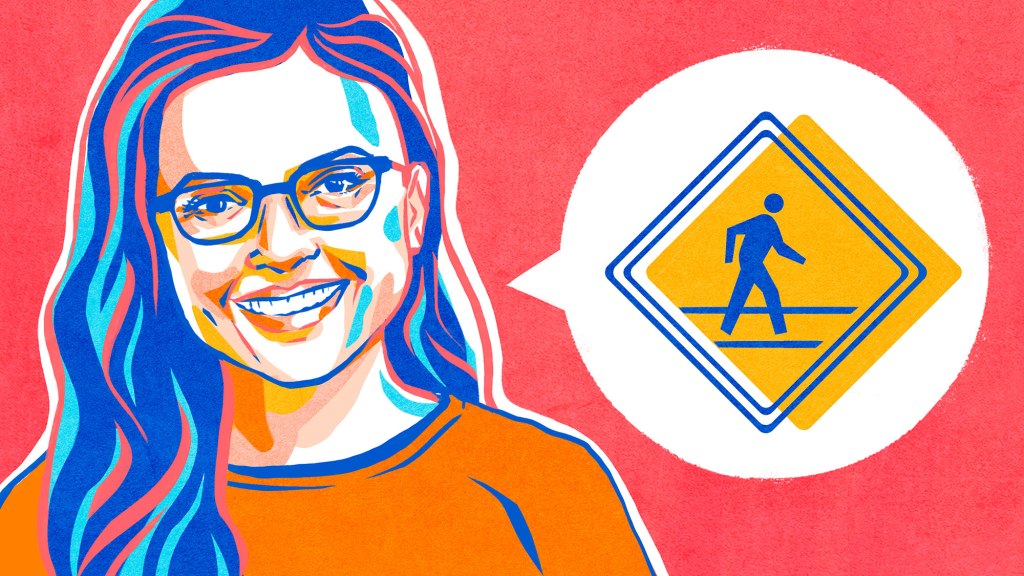 Jennifer Luxton
The Grist 50, in depth

She puts (robot) eyes on the street to keep people safer

These days, we all could use a little good news — so we’re presenting a few of this year’s Grist 50 Fixers, in depth. For a quick dose of hope and optimism, meet 2020 Fixer Tara Pham.

Tara Pham’s company, Numina, generates the granular data that cities require to design bike- and pedestrian-friendly roads and neighborhoods. You could say it all got started by accident — two of them, as a matter of fact. We got both stories recently, after Pham, who has a background in civic technology and engineering, landed on the 2020 Grist 50, our annual list of emerging climate and justice leaders. Our conversation with Pham has been edited and condensed for clarity.

Q.You had a very personal experience with the problem you’re trying to solve, right?

A.My cofounder and I started Numina because we had both been hit, separately, by vehicles while riding our bikes. It happened to both of us in the same month, in St. Louis, which has a very strong bicycling community, but a car-centric culture. He was hit in a hit-and-run at night. He was found on the side of the road, and woke up in the ICU. For him it was an epiphany, that life was too short to work at a corporate job. I was hit when a city bus tried to pull in front of me, and basically pushed me off the road. I was sideswiped. I wasn’t badly hurt, but I did have to go to the chiropractor.

Q.So you’re saying this was more than just bad luck?

A.These crashes are inevitable when a city is designed for cars and not for people. That’s why we have a crisis around bike and pedestrian safety. Deaths of car occupants have been consistently declining since the 1970s, but pedestrian fatalities have increased significantly in the last 10 to 12 years. Cars are safer, but not for the people outside them.

Q.So how do we make biking and walking safer?

A.Our mission is to empower cities to become more equitable, to design the infrastructure for everyone — not just for cars. Cities have traditionally planned around car data, but low-income communities are more dependent on walking or biking as a form of transportation. They’re heavily, disproportionately, affected by traffic safety. Writ large, black, brown, and Native American people are much more likely to die in a traffic crash than a white person.

If we want our cities and policymakers to take transportation-oriented solutions to climate change seriously, they need to have validated data on how people travel, in particular non-car travel data. We make it easy for urban planners and other stakeholders, anyone who manages a public realm, to measure all forms of street activity — pedestrians, different kinds of vehicles, and things like dogs and bags of trash.

Q.How does the tech work?

A.We make a sensor that mounts to fixed infrastructure, like a light pole or building. It’s camera-based, but we draw a hard line on protecting personal privacy from the beginning. The camera takes a picture of the street multiple times per second, and a computer inside analyzes those images immediately, at the category level. It registers: There’s a pedestrian-shaped blob, or a bicycle-shaped blob, and then the image is discarded. We don’t save or transmit the image, or collect any information that could be easily linked back to a specific individual.

Then, with that point data, we can build heat maps of activity, focused at street level. We want to know about interactions and behaviors and design of the street, and how that translates into the walkability, safety, and vitality of the neighborhood. We work now in 20 cities in five countries — everything from a single building to the city of San Francisco.

Q.What can this technology tell you that regular street surveys don’t?

A.Where our product is unique is that we show the desire lines. This is a concept from urban planning and urban design, and it refers to the actual path of a person: Did you cross at the crosswalk, or in the middle of the block? We put out a case study last year that’s a good illustration of that. We measured pedestrians in downtown Brooklyn, and when scaffolding is erected, people are 55.3 percent more likely to walk around the scaffolding and jaywalk. The implications are crazy, because there are 300 miles of scaffolding in New York City alone. Intuitively, that’s not shocking, but it’s really important when you’re working with cities, to quantify it to that level. It’s empirical evidence.

Our first non-U.S. customer is in the Netherlands. It’s funny, because they’re so much more orderly. The New York heat maps are a mix of crazy things. In the Netherlands, the streets are designed better, but also, the pedestrians are on the sidewalk and the bicycles are in the bike lane. You can see the personality of these different places through these anonymized heat maps.

Meet all the rest of the fixers, doers, problem-solvers, and visionaries on this year’s Grist 50 list.