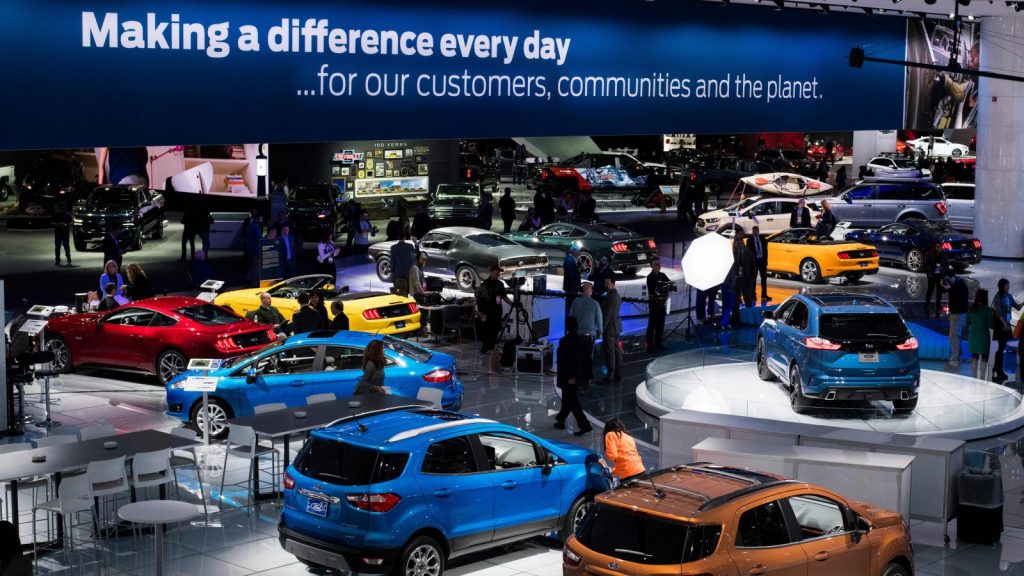 In a video made public Wednesday, the Sierra Club denounced Ford Motor Company for lobbying the Trump administration and “#PollutingPruitt” to roll back vehicle efficiency and emission standards.

The environmental organization timed the airing of their new video with the D.C. Auto Show, at which Ford isn’t showing any electric vehicles despite claiming a commitment to sustainability, according to the Sierra Club.

Titled, “Tell Ford to put clean cars in the fast lane,” the 53-second video features a man getting into a car, paired with a caption reading, “By 2025, fuel-efficiency of U.S. cars will nearly double thanks to current clean-car standards.” Once inside the car, the man notices all of the car’s gears shift to reverse. Without another choice, he puts the car in reverse and blasts back in time, as the car transforms into a Model-T. A caption then reads, “But Ford is trying to roll back these standards so they can make cars with worse gas mileage than the Model T.”

With strong clean car standards we can keep 12 billion barrels of oil in the ground. But @Ford wants to roll them back. Ford should Drive us #ForwardNotBackward to a cleaner, better future pic.twitter.com/0JDmd8vZnr

The Sierra Club posted the video on Twitter, along with the hashtag, #ForwardNotBack (which couldn’t help but remind us of this Simpsons episode).

Not long ago, Ford pledged to invest in greener technologies, including $11 billion to put new electric vehicles on the road by 2022, a company spokesperson recently told The Hill, and the company has even criticized its own role in climate change. In a video put out by the company in conjunction with the release of their 2016-2017 Sustainability Report in August, executive chair Bill Ford says, “The implications of climate change are pretty profound … If we continue to be part of the problem rather than part of the solution, what kind of example are we setting for our children — our grandchildren?”

Ford though isn’t alone in pushing for looser emission standards. In Nov. 2016, the Alliance of Automobile Manufacturers, representing companies including Ford, General Motors, and Toyota, sent a letter to then President-elect Trump, asking him to “harmonize and adjust” the Obama-era emission goals and regulations. In March, Trump directed the Environmental Protection Agency to review current fuel efficiency standards after meeting with executives from different motor companies, including Ford.

“Ford may be trying to put on a good show, but behind closed doors, it has been working with Donald Trump and Scott Pruitt to roll back our single biggest defense against dangerous climate pollution,” said Andrew Linhardt, the deputy legislative director at the Sierra Club, in a statement. “Ford’s claims of sustainability in its advertising and here at the auto show are nothing more than greenwashing.”