Someone just paid $25,000 to name a worm-like amphibian after Donald Trump 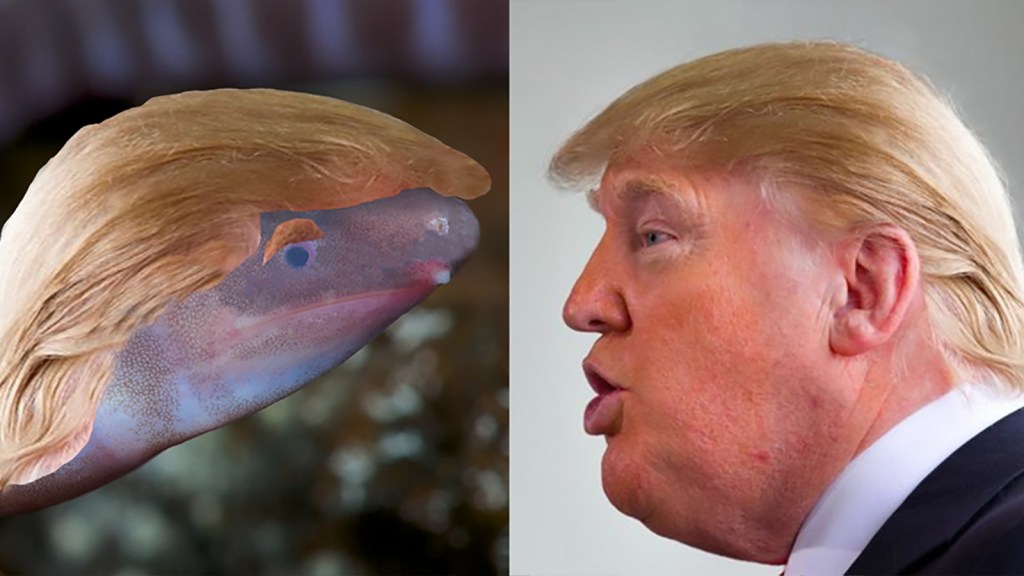 A Caecilian (not the species in question) and a Trump (definitely the right species). Matthijs Kuijpers | EnviroBuild photoshop
what's in a name?

Someone just paid $25,000 to name a worm-like amphibian after Donald Trump

Dermophis donaldtrumpi isn’t the first species to get a presidential naming treatment. President Obama has an watery namesake as well — he earned his by expanding a marine protected area around the Northwestern Hawaiian islands. And President Trump had a species of yellowish-“haired” moth named after him (Neopalpa donaldtrumpi) in 2017. But this newest addition to the Trump family name does not derive not from its physical similarity to the president. Rather, the species’ tendency to bury its head (and body) in the sand drew parallels to Trump’s persistent denial of climate change.

The naming rights for the species were auctioned off to raise money for Rainforest Trust. Dermophis donaldtrumpi is a caecilian, a word derived from the Latin for “blind.” The winning bidder, Aidan Bell, is the head of a sustainable building materials company called EnviroBuild, and wound up spending $25,000 to make the environmental and political jab.

In a post on EnviroBuild’s blog, Bell wrote: “The dermophis genus grows an extra layer of skin which their young use their teeth to peel off and eat, a behavior known as dermatrophy. As a method of ensuring their children survive in life, Donald Trump prefers granting them high roles in the Oval Office.”

But Dermophis donaldtrumpi may not be with us for much longer. The caecilian has a thin skin (sound like anyone we know?), and like other amphibians, is especially vulnerable to the impacts of global warming. Will President Trump think and act any differently, knowing that his namesake is on the line?

Hey, a herpetologist can dream, right?