Using giant vats of molten salt and antifreeze under the codename “Malta,” Google’s parent company Alphabet is joining Tesla and smaller companies that are developing ways to store wind and solar power affordably to expand renewables and combat climate change.

Alphabet’s X research lab is developing a cutting-edge molten salt technology that aims to store wind and solar power for longer periods of time and for less cost than the giant lithium-ion batteries Tesla and other companies are designing.

Electricity storage is considered critical to the expansion of renewables in the U.S. to help fight climate change and wean the U.S. away from electric power plants that use fossil fuel.

The amount of electricity wind turbines and solar panels produce depends on the weather, so the flow of power from them isn’t constant. Some of it is wasted when people aren’t using much electricity.

Storage allows wind and solar power to be used when it’s needed most, not just when the sun is shining or the wind is blowing. That way, stored renewables can be used instead of special power plants that run on natural gas when people are using a lot of electricity.

A growing number of states, including New York and California, have climate goals that require some percentage of the state’s electricity to come from storage. Today, electric companies that use power storage mostly rely on big batteries that weigh several tons each.

Tesla has been developing large-scale lithium-ion batteries for several years. Its batteries are being used by a number of electric companies in California, and they may also be combined with a proposed offshore wind farm announced this week in Massachusetts.

But big batteries aren’t the only way to store electricity.

“There is a plurality of contenders [for power storage technologies] including pumped hydro, compressed air, flywheels, and batteries,” said Donald Sadoway, an MIT materials chemist whose research focuses on energy use and efficiency. “Electricity storage is hugely complex and will be satisfied not by a single solution.”

Pumped hydropower is considered energy storage because water stored in a reservoir generates electricity when it flows out through an electric turbine. Compressed air works in a similar way, generating electricity as it is released from an air tank. Flywheels capture rotational energy in a spinning mechanical device, which slows down and releases energy when power is needed.

Malta stores wind and solar power by converting electricity to thermal energy. Heat is stored in molten salt, and cold is stored in a vat of liquid antifreeze solution. When the power is needed, the hot and cold energy are converted back into electricity by a heat engine. 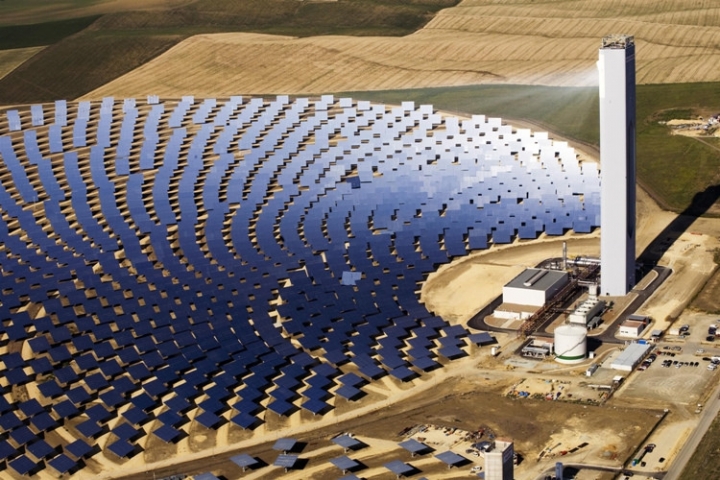 Electricity in the system is produced most efficiently when there is a wider temperature difference between the hot and cold vats. Exotic materials are often needed to maintain high temperatures, but Malta appears to be using common materials instead, said Craig Turchi, a scientist at the National Renewable Energy Laboratory’s Thermal Systems Research and Development Group.

Similar hot-cold storage technology has been developed using hot water instead of molten salt, but the salt appears to be more energy efficient, said Turchi, who is unaffiliated with Alphabet’s X.

According to the research lab, salt-based thermal energy storage has the potential to be many times cheaper than battery storage because most of the materials necessary — steel tanks, salt, and antifreeze — are inexpensive and abundant. The company says its Malta technology may be recharged thousands of times and last for up to 40 years, several times longer than today’s batteries.

Sadoway, who is also unaffiliated with X lab, said it’s too soon to say how Malta would compete on cost compared to other electricity storage technology because the company hasn’t provided any cost data publicly. “Thermal storage competes well with lithium-ion on service lifetime and on safety,” he said.

Turchi said he and other NREL scientists will be “rooting” for X lab to work out the details of the Malta project. “Our solar thermal power group is heavily vested in thermal energy storage technologies and we are always on watch for new developments,” he said.

Climate change is a top security threat, and most of the world knows it